Doha: what’s next on climate finance? – CIDSE
Skip to content 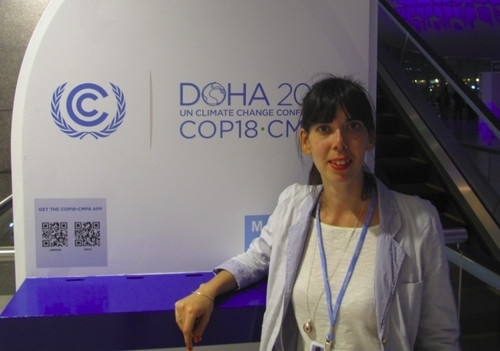 A crucial stumbling block here in Doha will be the issue of climate finance. With Fast Start Finance (FSF) due to draw to a close at the end of this year, the most vulnerable communities feeling the brunt of  climate change are now rightly asking: what financing plans do developed countries have up their sleeves to address the urgent need for climate action?

What’s also clear now is that these same communities have been brutally short-changed: whilst developed country governments across the board patted themselves on the back for having met their FSF pledges on Tuesday, a recent ECO newsletter confirmed that the figures presented by leaders were nothing but a smokescreen for some creative accounting, since in reality only 33% of FSF was “new” money (that is, additional to existing, pre-Copenhagen pledges), and around 24% additional to existing aid promises. Only one fifth of finance was spent on adaptation, and less than half was made available as grants. The patent imbalance of money spent on mitigation and adaptation – with the latter being an urgent priority for vulnerable communities on the front line of climate impacts, yet being consistently swept under the carpet by negotiators – shone through yet again.  All in all, then, there is very little for developed countries to legitimately be celebrating on the finance front.

But the burning ‘what next’ question for finance is where our attention will focus on in the coming days. With the prospect of falling off a ‘finance cliff’ looming ever closer, there are numerous urgent and concrete actions required by developed countries if the outcomes of this conference are to be hailed as a success in any way, shape or form.

First of all,  developed country parties must come good on their ‘$100bn a year by 2020’ commitment, not only by repeating that finance will keep on flowing, but by providing a roadmap for scaled up climate finance from 2013 to 2020, and ensuring a balanced package between mitigation and adaption. The golden $100bn figure needs to be met exclusively from public sources, including innovative sources such as a Financial Transaction Tax.

Second, the penniless Green Climate Fund needs to be injected with some cash over the next 3 years. The finance reporting and accounting mechanism currently in place needs a proper spring-clean, to ensure that governments aren’t allowed to duck their responsibilities by masking, for example, pre-assigned overseas development aid as ‘additional’ money for climate action.

And last but certainly not least, in light of the likely closure of the working group on Long-term Cooperative Action (LCA) after Doha, governments must act now to create a new negotiation space dedicated specifically to climate finance, rather than palming off the all-essential issue of finance as a ‘technical issue’, which would not only derail any hopes of getting governments to ever live up to their financial promises, but also seriously undermine any credibility of the UNFCCC negotiations at large, to the real and lasting detriment of the poorest communities so dependent on positive change.