We’ve had enough with agribusiness! – CIDSE
Skip to content 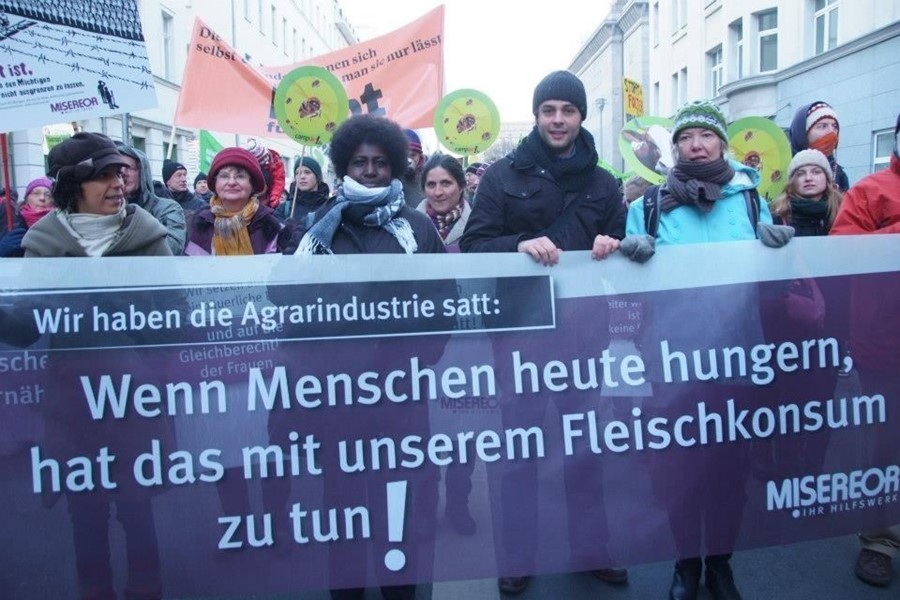 Undeterred by sub-zero temperatures, Misereor partner Hellen Yego, a Kenyan farmer, joined Misereor colleagues and me as we hit the streets of Berlin last Saturday in a public march against agribusiness.

The event, which had a turn-out of some 25,000 people, was organised on the fringes of Green Week. Hellen, a Kenyan dairy and maize farmer from NGOMA – a member organisation of the Kenya Producers Coalition (KEPCO), delivered a message from Kenyan farmers at the day’s final rally in front of Chancellor Merkel’s office.

Agricultural investment was the talk of the town throughout the week, with formal events including a Misereor and Heinrich-Böll-Stiftung conference on ‘Agriculture in Transition’ (16 & 17 January), as well as a series of events organised by the German government, held in the framework of the Global Forum for Food and Agriculture 2013 (17 to19 January), where private sector interests were heavily dominant.

We at CIDSE and our friends from the march hold serious concerns about the industrial agriculture model being increasingly pushed by private investors who, with profit margins as their primary consideration, threaten to further marginalise small farmers in the world’s poorest and most vulnerable communities.

Agricultural investment will be a hot topic for CIDSE throughout 2013, so please watch this space for more news soon.

More pictures from the march..