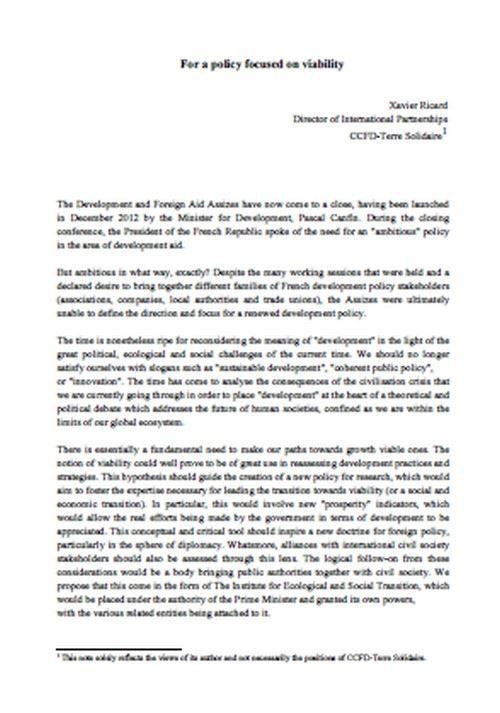 For a policy focused on viability* by Xavier Ricard, Director of International Partnerships, CCFD-Terre Solidaire, April 2013 (available in EN and FR)

During the closing conference of the French Development and Foreign Aid Assizes, the President of the French Republic spoke of the need for an “ambitious” policy in the area of development aid. But ambitious in what way, exactly? Despite the many working sessions that were held and a declared desire to bring together different families of French development policy stakeholders, the Assizes were ultimately unable to define the direction and focus for a renewed development policy. The time has come to analyse the consequences of the civilisation crisis that we are currently going through in order to place “development” at the heart of a theoretical and political debate which addresses the future of human societies, confined as we are within the limits of our global ecosystem.