In memory of Nelson Mandela – CIDSE
Skip to content 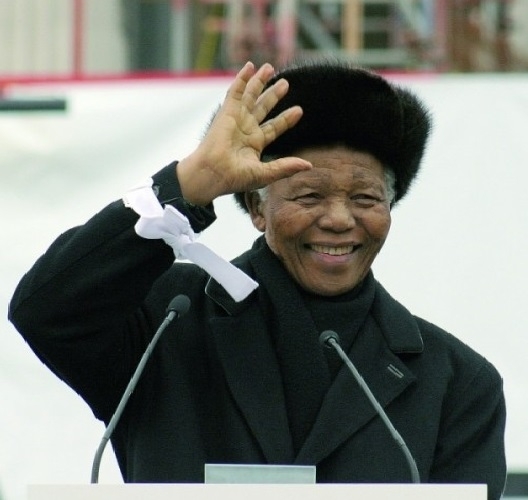 “I stand here before you not as a prophet, but a humble servant of you, the people”

– Nelson Mandela, upon his release from prison in 1990

As a symbol of decades of struggle against apartheid in South Africa, Nelson Mandela was without peer. After learning of his passing, CIDSE thinks back on our commitment and engagement in that same struggle, and the continuing struggle for global justice in South Africa and beyond.

In the next few days we will publish statements by our members and partners, personal reflections and testimonies, as well as observations on the opportunities and difficulties that were met in particular by Catholic organisations and individuals in the struggle to bring down the unjust and at times seemingly undefeatable system of apartheid.

At his trial in 1961 Mandela said the hardships that the African National Congress (ANC) fought against were poverty and lack of human dignity. He added that while poverty led to further miseries of malnutrition and disease, keeping whole communities down, it could be overcome through education and acquiring greater skills, both of which were denied to Africans by the government of South Africa.

The lack of human dignity experienced by Africans as a result of white supremacy, however, led whites to see Africans as a separate breed. This, in his view, was one of the things that risked making civil war a certainty, something he worked against even when in illegality, throughout decades of imprisonment, and finally, made it the policy of the Government of National Unity that he led. Nelson Mandela also stands for non-violent resolution of conflict, an example we need to guide us in present and future struggles.

In Mandela, we have lost one of the most humble servants of the people.

Jacques Briard, long-time CIDSE South-Africa-activist, has written a Hommage Nord-Sud as well as an article in the magazine L’appel (both in French)

CIDSE’s French member organisation CCFD – Terre Solidaire has published an article (in French) on their historic engagement in South Africa, as well as a statement in French and English

The Director of our member organisation in England and Wales, Chris Bain, who is also the President of CIDSE, called Mandela a “brother, leader and legend”

GreenPeace Executive Director Kumi Naidoo also made an inspired and powerful eulogy to his countryman and fellow activist: Hamba Kahle Nelson Mandela: with our deepest gratitude