The lives of people in many countries in the global South can be affected by the extraction and trade of natural resources used for everyday products sold in Europe and around the world. 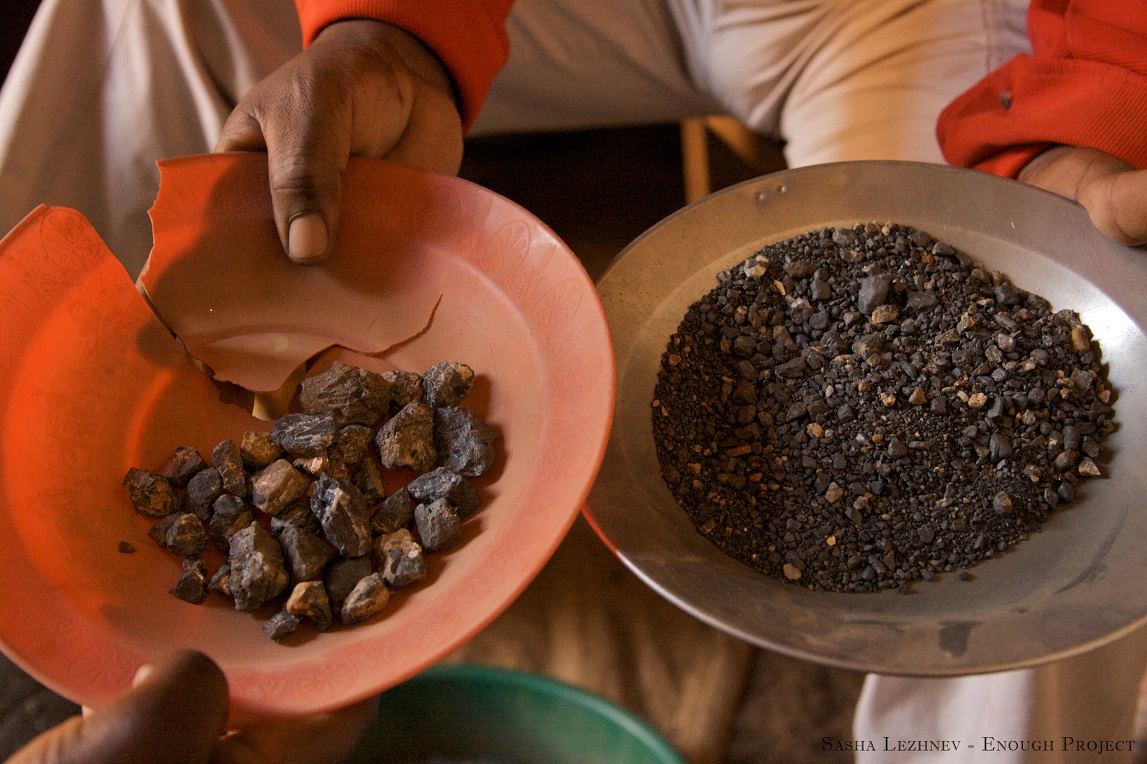 In certain countries and especially those rich in resources (minerals, wood, gas, oil …), the extraction and trade of these resources are financing armed groups and security and military forces who commit serious violations of human rights, rather than contributing to human development. This circle of suffering and violence should be stopped. Governments, citizens and businesswomen and men must take it upon themselves to ensure that their companies source natural resources responsibly. As a major world trading power, CIDSE believes that the EU should enforce stricter rules on conflict minerals.

In May 2015, following strong public pressure, the European Parliament (EP) voted in favor of an ambitious and mandatory regulation. The Trialogue negotiations between the EP, the Council of the European Union and the European Commission – which started on 1st February 2016 – are an opportunity for EU political leaders to secure the key achievements voted by the European Parliament. But many EU Member States are opposing a mandatory law and are pushing for a voluntary and partial system, which is insufficient to help put an end to conflict minerals and give guarantees to EU citizens that their electronic products do not hide stories of suffering.

Public pressure on EU decision makers is more than ever necessary. CIDSE recommends that Member States revisit their positions and:

1. Show leadership by supporting mandatory due diligence requirements along the entire supply chain.

2. Support a Regulation that aligns with the OECD Due Diligence Guidance on Conflict Minerals, by:
• Ensuring that all due diligence obligations are consistent with the OECD standards
• Engaging companies downstream of metal importers, in particular companies that place products containing covered minerals on the EU market
• Including language that reflects the flexible and progressive nature of due diligence.CIDSE and its members organisations are carrying out several activities to raise awareness and take action to stop conflict minerals.

These demands are echoed in a joint briefing issued by a wide civil society coalition and are also reflected in CIDSE’s latest briefing which highlights the underlying moral arguments.

For the past two years, CIDSE and its members organisations have been carrying out activities to raise awareness and take action to stop conflict minerals. CIDSE supported and coordinated a Church leaders’ statement, in which nearly 150 Church leaders from 38 countries on 5 continents including 63 from European countries, asked the EU to enforce a better and more comprehensive legislation. The joint statement, first released in October 2014, continued to gain support among European and other bishops, especially ahead of crucial votes at the European Parliament in 2015.

Following a successful e-action campaign in 2015, CIDSE, together with Commission Justice et Paix Belgique and EurAc, CIDSE launched a new online campaign on 7 March 2016, giving the possibility to European citizens to make their voices heard on the ‘conflict minerals’ regulation, and asking EU negotiators to stand up for a legislation that puts the ethical dimension at its core, rather than pushing a position that puts profits before people.

CIDSE member organisations are also working directly on the issue of conflict minerals:

Conflict Minerals: A new video interview explains why the state of play on the EU regulation is not enough to achieve change on the ground (20 May 2016)