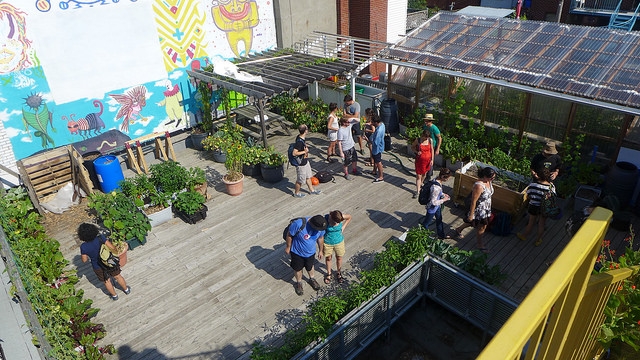 The EU should not miss its chance to take on its responsibility and encourage citizens to change lifestyles, while allowing them to embrace and support sustainable ways of production and consumption. The call for change and innovation is already being addressed to the EU from the bottom-up, from a multiplicity of actors all around Europe. Citizens demand the ability to choose among more sustainable consumption alternatives; they want to be enabled to make the changes needed. They are getting increasingly aware of the consequences of their choices on the environment and on the livelihoods of populations in many poorer countries. Above all citizens do not want, through their daily consumption choices, to be complicit in trades schemes and production systems that breach human rights and damage nature.

Among these citizens are the ones brought together by the CIDSE network, made of 18 organisations reaching in Europe about 3 million people. The CIDSE network have joined up in the campaign “Change for the Planet- Care for the People”, spreading the challenge of adopting more sustainable consumption habits in relation to food and energy. “More and more movements and organisations outside our network, including the International Federation of Rural Adult Catholic Movements, the Jesuit European Social Centre, Caritas Europa, the International Federation of Catholic Parochial Youth Movements, the Focolari Movement, ICMS Pax Romana and the Global Catholic Climate Movement are getting involved in the campaign’s actions, demonstrating the ever increasing will from civil society, including youth, to mobilise and commit for sustainable lifestyles.” said Bernd Nilles, CIDSE Secretary General.

Fair Trade is concrete bottom-up initiative challenging the conventional consumption and production patterns. It is a trading partnership that has, since it started, included the various dimensions of sustainable development, empowering producers to join the Fair Trade movement. The Fair Trade Advocacy Office, representing the pioneers of the growing global Fair Trade movement (Fairtrade International, the World Fair Trade Organization-Global and the World Fair Trade Organization-Europe), calls on the European Union to ensure better coordination across internal and external EU policies in promoting sustainable consumption and production. For example, the European Commission issued in April 2016 guidance on public procurement document “Buying Green”, on the environmental impacts of purchasing decision by public authorities, rather than publishing guidance on how public procurement can serve a tool that supports the various dimensions of sustainability, in the EU and in the Global South. “Buying green or social is a false dilemma. The European Union needs to break away silos and put in place a coordinated approach to sustainable consumption and production.” said Sergi Corbalán, FTAO Executive Director.

The European Development Consensus, currently under review, is also identified by CIDSE and FTAO as an opportunity to promote consumption patterns that better connect consumers and producers, enabling citizens to understand and control the impact of their consumption on sustainable development. It should promote people-centred sustainable business models, especially in agriculture, where investments and policies should favour non-polluting and climate-safe agro-ecological practices relying on technology built on cultural practice and community-held knowledge and wisdom. On the other hand, the Consensus must acknowledge the considerable European responsibility to foster the change needed to achieve the new agenda. The EU should stop promoting the prevailing economic model which is based on the continued extraction of raw materials, particularly from the global South, to satisfy the needs of European industry and markets. This is an unsustainable and unfair model based on privilege, producing unmanageable amount of waste and functioning thanks to the exploitation of disempowered communities.

Through local initiatives, such as the Fair Trade Town Campaign, communities in Europe are already paving the way for new European social and economic models that promote sustainable production and consumption patterns and global citizenship. They should be the starting point of a renewed development Consensus promoting the economic, environmental and social pillars of sustainability. – END

CIDSE is an international family of Catholic social justice organizations, working together to promote justice, harness the power of global solidarity and create transformational change to end poverty and inequalities. We do this by challenging systemic injustice and inequity as well as destruction of nature. We believe in a world where every human being has the right to live in dignity. www.cidse.org

CIDSE’s recommendations for the review of the European Development Consensus: Make human rights and environmental protection the fundamentals!