Press release: Justice for Berta Cáceres, protection for the defense of human rights in Latin America – CIDSE
Skip to content 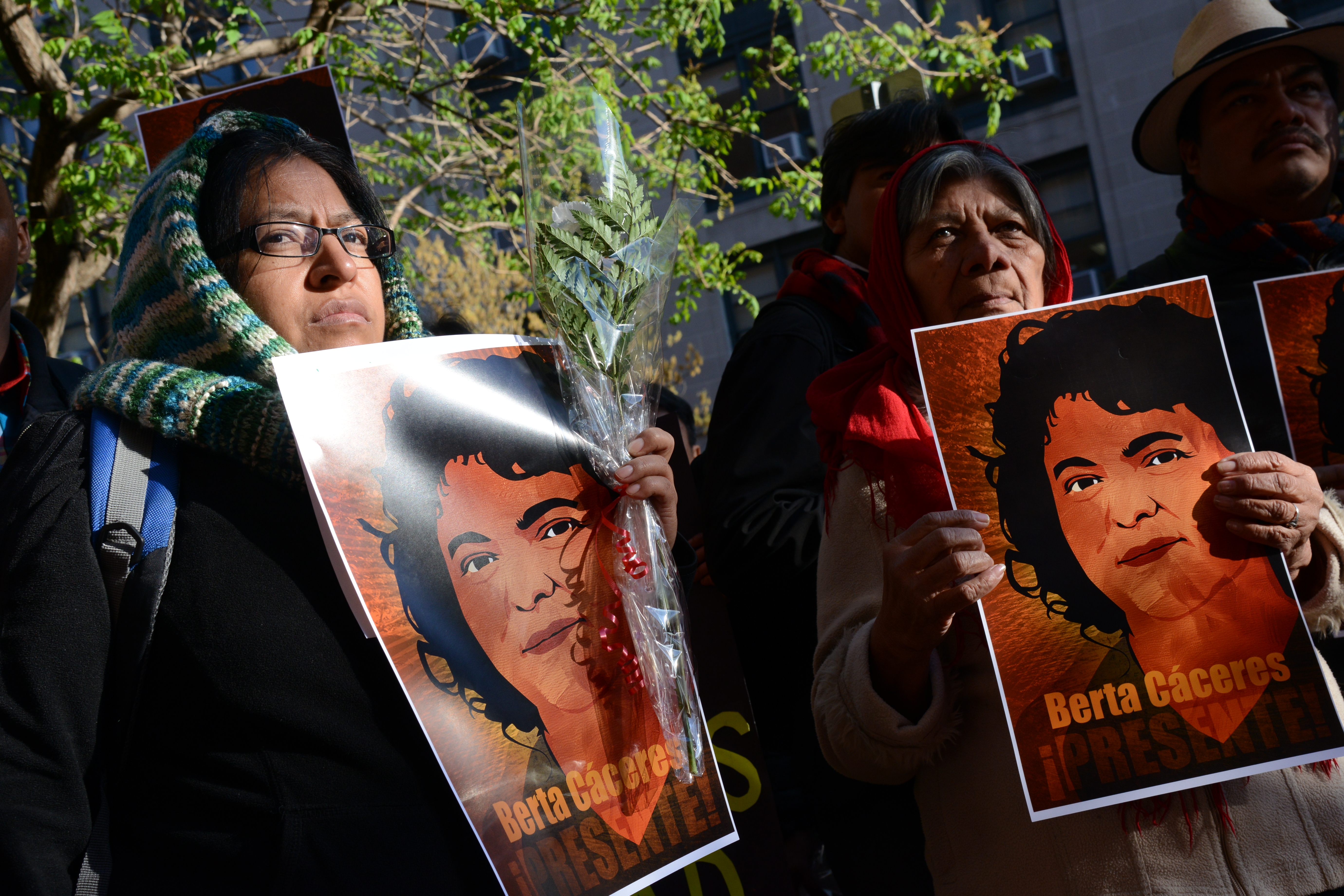 The EU-LAT network and CIDSE together made up of more than 57 European and international organizations, echoing the requests of COPINH and backed by representatives of the European Parliament, demand justice, remembrance and the guarantee of non-repetition for Berta Cáceres, as well as for the defense of human
rights in Honduras and throughout Latin America.

On March 2, 2016, Berta Cáceres, Lenca indigenous leader and coordinator of the Consejo Cívico de Organizaciones Populares e Indígenas de Honduras (COPINH), was murdered at her residence in La Esperanza, Honduras. According to the information available thus far, even after two years, little progress has been made in the investigation of the case. The public judicial hearings of the eight suspects detained as material perpetrators have been postponed on numerous occasions. The report issued in November 2017 by the International Advisory Group of Experts (GAIPE) revealed a lack of due diligence in the investigations, this includes the lack of processing other possible intellectual authors of the murder. Berta Cáceres dedicated her life to defending the territorial and cultural rights of indigenous peoples, women, Garífuna peoples and the peasantry.

She was recognized nationally and internationally as a defender of human rights and received the Goldman Prize in 2015 for her struggle in defending territory, natural assets and Mother Earth. In the last years leading up to her murder, she was the victim of persecution, intimidation, stigmatization and criminalization both by state and non-state actors, due to her work in the context of opposition to hydroelectric and extractive exploitation imposed on territories without free, prior and informed consent of the indigenous peoples who live there. Since 2009, Berta was a beneficiary of precautionary measures granted by the Inter-American Commission on Human Rights (IACHR/CIDH). However, these measures did not protect her from the numerous attacks against her and, ultimately, did not protect her from being assassinated.

The case of Berta reflects a reality faced by defenders in Latin America, who act in favor of the environment and the territory. Another emblematic case is found in Mexico, where on January 15, 2017, Isidro Baldenegro, a well-known indigenous environmental activist who fought against the illegal logging of the old forest of the Sierra Madre Occidental in Tarahumara / Raramuri territory, was killed in Chihuahua. Isidro Baldenegro won the Goldman environmental prize in 2005 and was identified as a prisoner of conscience by Amnesty International.

Since the murder of Berta, the number of murders of human rights defenders with protection measures provided by the IACHR has increased alarmingly in the region. This situation, coupled with little or no progress in clarifying cases of murdered activists, constitutes a serious attack on the defenders and creates widespread impunity.
Two years after the crime, the EU-LAT Network and CIDSE urge the EU and its Member States to demand that the State of Honduras adopt all necessary measures to ensure that the material and intellectual actors of Berta Cáceres’ murder are duly prosecuted, in line with European commitment on the protection of defending human rights.