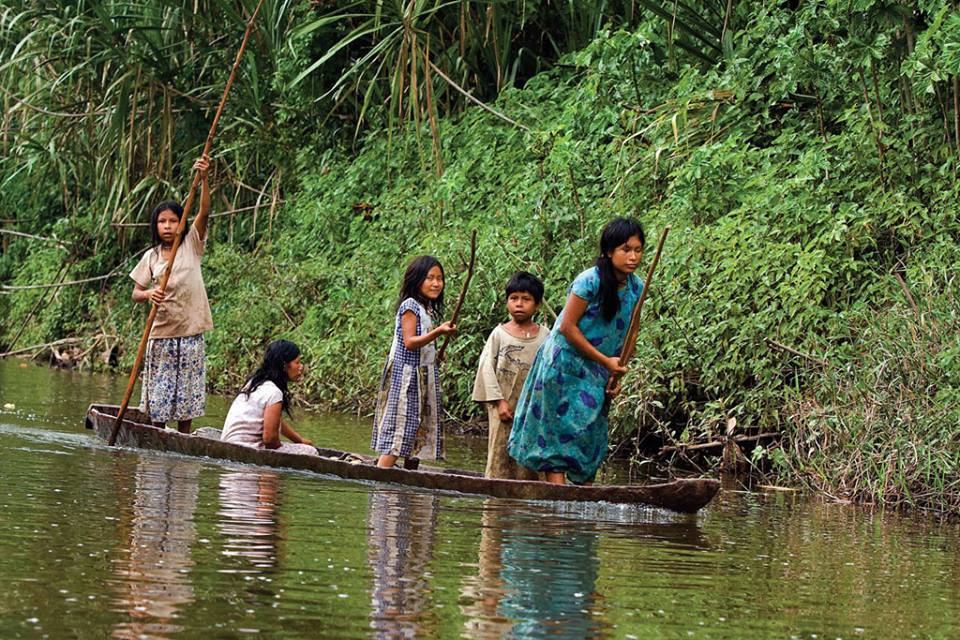 The Bishops of Latin America are concerned that the EU is more prompt in negotiating new trade deals than ensuring the respect of basic human rights, when violated by companies who have their headquarters in Europe, writes Cardinal Pedro Barreto.

Cardinal Pedro Barreto has been a member of the Permanent Council of the Episcopal Conference of Peru since 2013. From 2006 to 2010, he was the President of the Episcopal Commission on Social Action (CEAS) in Peru. He was appointed Archbishop of Huancayo in July 2004 and in June 2018 Pope Francis appointed him Cardinal.

For 15 years, I have been a Bishop in Peru, in an area that has been severely affected by large-scale industrial mining. I have seen the impacts on the lives of people around me, on their rights, on their safety and health, and on the beautiful land of my home country. I have seen communities lose their income because of the pollution of rivers, having to leave their home because of the destruction of their livelihoods by multinational companies from different continents, Europe included.

For all these years, I have tried to bring these issues to the attention of politicians and businesses, and I do this with a sense of responsibility and humility, for the task is great and all actors need to be involved to get to a good solution.

On 20th September, I will travel to Brussels with other members of the Pan-Amazonian Ecclesial Network (REPAM for its acronym in Spanish, Red Eclesial Pan-Amazonica). Together with Cardinal Claudio Hummes from Brasil and two representatives of indigenous communities we will meet several high-level EU decision makers to discuss the future of the Amazon region and the urgency to better protect nature and the people who defend it.

Brave and committed women and men are fighting for their rights and environment in Latin America, but they have to face incredible threats. Perhaps in Europe it is difficult to imagine how you can put your life at risk just for fighting for a cause, for you values and for making sure that the people you love can continue living with dignity.

The facts are as shocking as clear though: 2017 was the deadliest year on record for land and environmental defenders (see Global Witness yearly report). Among the 207 defenders killed, more than 60% come from Latin America.

They are dead because the commodity frontier is always pushed further away, always deeper into the pristine forest. They are dead because we live in a system that does not value every human life and every natural element as precious and needs consume and kill to survive. These deaths might happen far away from Europe, but this value system is something that the old continent is fostering as well, something that we need to deeply and urgently question for the future of our common home.

Furthermore overconsumption and the way we live today is also causing environmental degradation, destruction of ecosystems, and large-scale land, water and air pollution. Climate change is dramatically affecting people’s lives – especially the lives of the poor and vulnerable – and if we fail to address it, it will have grave implications on the environment, society, human rights and the global economy.

The current climate crisis however offers us an opportunity to deeply reassess our fundamental vision of development and engage in an unprecedented level of cooperation and solidarity within and between countries. Our actions will affect not only current generations but also all generations to come. To succeed, every country, every government department and every community must play its part.

Against these worrying trends, we, the Bishops of Latin America, gathered in January this year to write a pastoral letter in which we call for “the myth of unlimited growth to be urgently dismantled” and raise “questions about extractive activities, their benefits and negative impacts (that) must be addressed from a systemic vision that overcomes the shortcomings of fragmentary visions”. These messages echo the Laudato Si’ Encyclical letter on care for our common home published three years ago by Pope Francis.

To fully implement the Pope’s teachings in the Latin American context, we must recognise communities’ inalienable right to a free, prior and informed consent before starting any projects that could alter their way of life, thus also recognising that communities have the right to say no to mining projects.

However, to our concern and disappointment we note that the EU is more prompt in negotiating new trade deals, lately with Ecuador and now with the Mercosur block, than ensuring the respect of basic human rights, even when violated by companies who have their headquarters in Europe.

These trade agreements do not only involve exchange of goods: nowhere better that in Latin America we know about the cost of producing and trading without keeping the human repercussion at the heart of every decision, without remembering that the incredible wisdom of ancestral cultures can just be cancelled or forgotten in the name of a new mining project.

Guided by my faith I continue to believe in our ability as human beings to change and do better, and because I do not have a right to give up, I come to Brussels to encourage the EU Leaders to constructively engage in the negotiations of a UN legally binding treaty on transnationals companies. This instrument could see the creation of an international court where victims of human rights abuses could access justice in the home jurisdictions of vast transnational companies, which is a crucial step for protecting the rights of communities.

Our lifestyles of high consumption plays a very important part in the devastation of megadiverse ecosystems around the world, and especially in the Amazon region, and I encourage European citizens to reflect on how the lives of all people of this planet are interconnected like the ones of brothers and sisters.

I also urge EU leaders to have the political courage to reflect on and implement a radical paradigm shift, stand by the real foundational European values and put peace and human respect ahead of trade deals and profit.