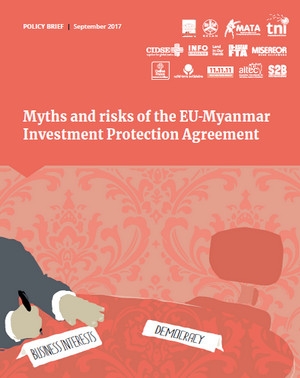 As the signing of the EU-Myanmar Investment Protection Agreement (IPA) draws near, concerns over the secrecy surrounding the agreement’s negotiations and the risks it poses abound, alongside many myths about its potential benefits.Myanmar is in the early days of democratization, with many laws and policies from the country’s military era in need of reform. This paper argues that the benefits of the IPA are highly overstated, and the risks seriously underestimated.