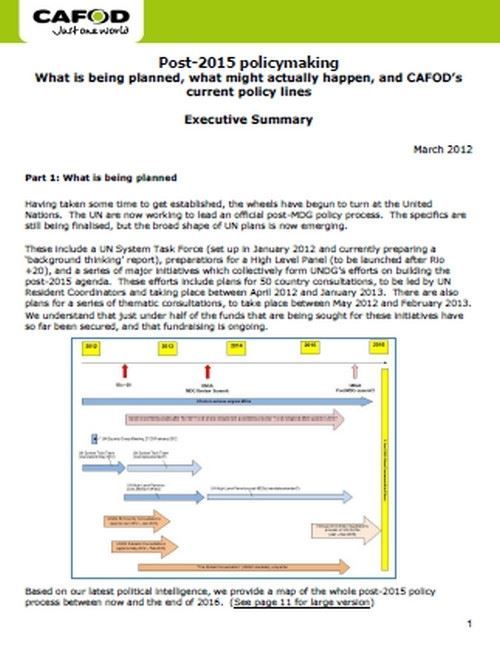 CAFOD have engaged extensively in the post-2015 arena, as co-chairs of the Beyond 2015 campaign and as an independent agency. The first part of this paper synthesises our understanding of what is currently being planned on post-2015 policymaking, focusing particularly on the official UN process. The second part of the paper gives our analysis of what might actually happen – offering three stylised scenarios. The final section argues what this means in advocacy terms. Given the political economy and policy landscape of post-2015 as we find it in spring 2012, we lay out CAFOD‟s current policy lines on the question of what should come after the Millennium Development Goals.

CAFOD, the catholic agency for overseas development, is CIDSE’s member in England and Wales.