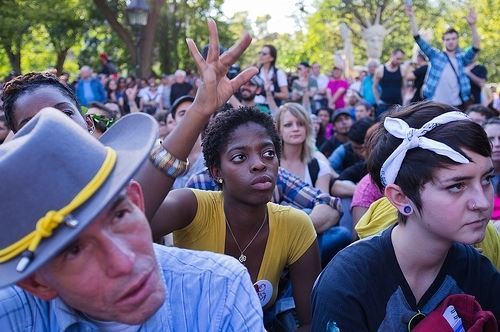 It is time to recognize that failure to approach financial regulation from a value-based perspective can provide only illusory and short-lived gains,

says Aldo Caliari of Center of Concern, CIDSE’s US member.

Four years after the fall of Lehman Brothers, the world economy continues to face the aftershocks of the crisis.Some indicators are the acuteness of the Eurozone sovereign debt and the banking crisis.The European Union has just entered into what is technically a recession (two consecutive quarters of negative growth) and the United States is expected to continue to exhibit tepid growth (this in the best case scenario, that projects a resolution of the Congressional debate on the budget).The risks for the global impacts of these crises are greater compared to the 2008 crisis because emerging economies, such as China, Brazil and South Africa, that then acted as the “engine of growth,” today face more precarious conditions.

But this is all just looking at conventional notions of economic growth.What about measures that do not center so squarely on such notions of growth?Well, from those perspectives it is clear that the crisis never subsided.

In terms of joblessness, 50 million jobs need to be created just to reach the pre-crisis level of employment, and this while 80 million new people are expected to enter the workforce in the coming two years.A large of this unemployment is at risk of becoming structural as those affected remain out of work for so long that they are not likely to re-enter the labor force.

In terms of human rights, the High Commissioner for Human Rights said in 2009 that the global economic and financial crises “have a disproportionate impact on the livelihoods of the most vulnerable and already marginalized groups of society.They undermine access to work, affordability of food and housing, as well as of water, basic health care and education.” There was an effort at the height of the crisis to forestall cuts in social spending but a recent study surveying 128 countries found that 91 of them have introduced, or are on course to introduce, cuts in social spending, as part of austerity measures.

In terms of inequality, a boom and bust cycle like the current one has negative impacts on inequality because the poorest segments of the population are less able to cope with fluctuations in the economic cycle.

A recent paper “A Value-Based Approach to Financial Regulation,” makes the case for financial regulation that starts from values, and uses such values to assess progress in the reforms. From this perspective, whether reforms are increasing growth of output is only a secondary question to ask. More important and relevant questions are: What would regulations that place human dignity at the centre of economic life, or lead to just distribution of wealth look like? What does the principle of a social function for private property tell us about regulation of financial assets and transactions that have such assets as their object? What does it mean to give a preferential role to the interest of the poor?

These are the questions that policy-makers in charge of finance should be asking.It is time to recognize that failure to approach financial regulation from a value-based perspective can provide only illusory and short-lived gains.If in doubt, ask those who thought in 2010 that the global economy was on its way to a rebound….

This article was first published on RightingFinance.org.