Davos: Plying business as usual to a changing world – CIDSE
Skip to content 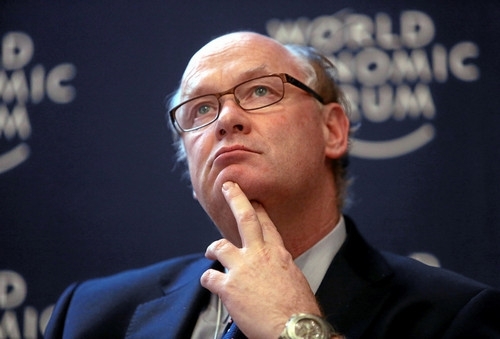 Much of what the world looks like in the future arises out of the wheelings and dealings at the annual meeting of the World Economic Forum that recently concluded in Davos, Switzerland. The significant impact of the Forum begs for more careful attention to be paid to its membership and participation. In the meantime, CIDSE contributes to alternative solutions put forward in the context of the parallel World Social Forum.

Accounting for 65% of its participants, the World Economic Forum is dominated by the Private Sector. According to a recent analysis by Belgian magazine MO*, the financial sector make up a lion share of the private sector participation with individual big banks sending delegations of up to six or seven people to the Forum. Countries of the Western Hemisphere and particularly US, UK and Switzerland are also reportedly over-represented in the Forum in proportion to the size of their population and economy.

The Forum describes itself as an organisation ‘committed to improving the state of the world by engaging business, political, academic and other leaders of society to shape global, regional and industry agendas.’ Given the lopsided composition of the Davos Forum’s participants- 22 countries whose populations together account for more than 800 million people in the world have never received an invitation- the question is what kind of improvements are participants of the Forum discussing and who would these improvements benefit.

The world economic and social outlook could hardly be described as ‘improved’ since the World Economic Forum first started in 1971. In the 1970s and 80s many policies of full employment and strong social protection were abandoned in large parts of the developed and developing world with heavy costs. By the mid 1990s no less than 57 developing countries had become poorer in per capita income than 15 years earlier- and in some cases than 25 years earlier (Jolly, 2012). No one-to-one relationship can be claimed between this evolution and the Forum. At the same time many of the ideas of  liberalisation and structural adjustment that prompted the change of course of many countries in these decades were mooted and defended here.

With the domination of the financial sector and the west, does the forum have room for alternate theories of economy and change? With many of the countries grappling with poverty in all its complexity largely absent, are their needs and interests strongly factored into the debates?

The answer was a definitive no for many of those in civil society who decided to establish their own parallel World Social Forum which stressed the social over the economic and offered the space to show that there were alternatives to the predominant paradigm of growth and development. In March, CIDSE and its member organisations will participate in the World Social Forum’s 2013 edition in Tunis, discussing the right to food, a post-2015 framework for international development and alternative models of development beyond growth.

With the financial crisis, the call for alternatives has resounded much louder. Policy makers are responding with reform- the US Dodd-Frank Act, the various pieces of legislation to regulate the financial sector in the EU, the recent agreement among 11 countries in the EU to implement a FTT. These reforms are not sufficiently far reaching to secure a shift of focus to human and planetary well-being. For this financial regulation- and economic policy as a whole- needs to be redirected to promoting support for alternatives that will lead towards improved quality of life and guarantee people decent livelihoods.

These are unlikely to be the kind of improvements debated at the World Economic Forum. Its time to urgently amend the way the world does business.