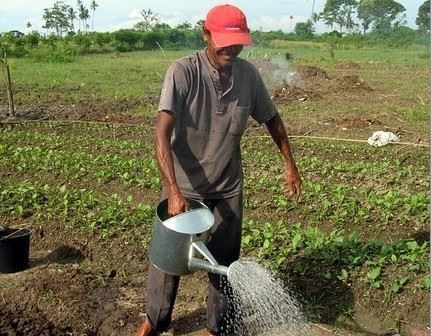 Together with over 250 other NGOs, CIDSE sent a public letter to all Members of the European Parliament (MEPs) today on the reform of the EU’s Common Agricultural Policy (CAP).

The NGOs are concerned with the future of European agricultural and food policies, a societal issue that concerns us all. So far, the majority of MEPs in the Agriculture Committee have ignored citizens’ calls and have failed to ensure that their concerns are fairly represented.

The coalition warns that the CAP is in crisis: the bulk of its considerable budget is distributed unfairly between farmers, with no clear policy objective in mind, while only small amounts support sustainable farming and rural areas. Instead, subsidies have driven, and continue to support, unhealthy and environmentally damaging approaches to farming and land management, poor animal welfare conditions and hindering the development of agriculture in developing countries. The latter is of particular concern to CIDSE as international alliance of Catholic development agencies.

According to CIDSE and the other NGOs the MEPs can change the current situation as in March the full European Parliament will decide upon its final negotiating position and the opportunity to prevent a backwards and biased reform must be grasped with both hands.

The open letter is available below.