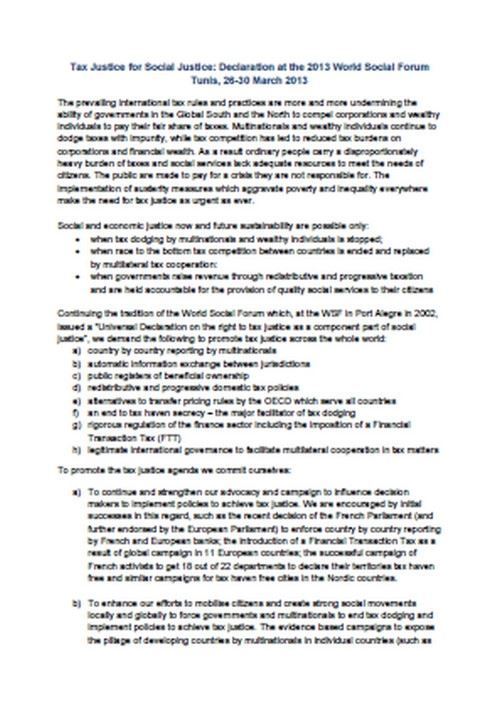 The prevailing international tax rules and practices are more and more undermining the ability of governments in the Global South and the North to compel corporations and wealthy individuals to pay their fair share of taxes. Multinationals and wealthy individuals continue to dodge taxes with impunity, while tax competition has led to reduced tax burdens on corporations and financial wealth. As a result ordinary people carry a disproportionately heavy burden of taxes and social services lack adequate resources to meet the needs of citizens. Continuing the tradition of the World Social Forum which, at the WSF in Porto Alegre in 2002, issued a “Universal Declaration on the right to tax justice as a component part of social justice”, signatories of this declaration, including CIDSE, present their demands and commit themselves to promote tax justice across the whole world.