Europe and the sourcing of minerals – CIDSE
Skip to content 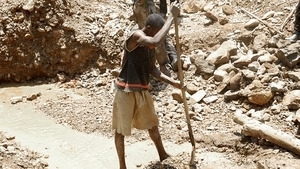 Mobile phones, computers, cars: three everyday products that contain minerals sourced outside Europe. Do consumers know of the links between conflicts and minerals?

For decades, trade in minerals has played a central role in funding and fuelling some of the world’s most brutal conflicts.  Revenues from control of this trade can give armed groups the means to operate. In many cases, these groups are responsible for grave human rights violations, such as dangerous and exploitative working conditions and child labour.

There is growing recognition that European companies trading in natural resources should ensure they are not contributing to human rights abuses or conflict. The European Commission will soon propose a legislative initiative on responsible sourcing of minerals. The Trade Commissioner, Karel De Gucht, aims to table a “comprehensive EU initiative on minerals originating from conflict and high-risk areas” before the end of the current legislature.

One of the main challenges of the future EU initiative is to ensure it is applicable on the ground. Any initiative that does not fit the local reality and needs will fail to have a positive impact. It is of paramount importance for decision makers to be fully informed of the complexity and dynamics of the actual situations.

For this reason, Catholic agencies CCFD-Terre Solidaire (France) and the Belgian Justice & Peace Commission, together with the European Network for Central Africa and the Belgian Network on Natural Resources, organized a mission to the African Great Lakes region in early November with Members of the European ParliamentCatherine Bearder (ALDE), Judith Sargentini (Greens/EFA), and Piotr Kaczynski (EPP political Advisor).

The mission was a chance for the MEPs to meet with a range of local actors in Rwanda, Burundi, and the Democratic Republic of Congo (DRC), including the Archbishops of Bukavu and Goma, Mgr. François-Xavier Maroy and Mgr. Théophile Kaboyi. The MEPs visited mining sites in North and South Kivu, with a view to informing effective design of the EU initiative. In the Kivus, the Parliamentary mission was hosted by the Commission on Natural Resources of the DRC Bishops Conference.

The bishops’ message was clear: there are striking contradictions between the poor human conditions of the populations in these areas, and the mineral riches lying beneath the ground.  The wealth of natural resources in the region has not brought benefits for the common good – on the contrary, trade in minerals has harmed and even taken lives.

On the ground, the majority of mining activity consists of artisanal mining, which is the main source of livelihoods and local development. Alongside human rights violations due to control of mineral trade by armed groups, the sector is marked by prostitution and sexual violence against women, as well as families abandoned by miners having to work far from their villages. A strong demand from miners, their wives and local communities is for formalization and “cleaning up” of the artisanal mining sector.

At the same time, the 2010 Dodd-Frank Wall Street Reform and Consumer Protection Act in the United States, with its Section 1502 provision for U.S. public companies to report on their mineral sourcing from conflict-affected areas, has caused companies to effectively stop buying minerals from this region.  As the European Union prepares its own initiative, local actors are calling upon Europe first and foremost to help establish peace and security in the region. Their second demand is to reopen access to clean international mineral trade, so as to re-establish fair pricing for minerals for the benefit of artisanal miners, and remove the price incentive to engage in smuggling of minerals.

A group of 59 European and global non-governmental organizations, including CIDSE, is calling on the European Commission to adopt legislation requiring European business entities to conduct supply chain due diligence in order to ensure they do not contribute to conflict financing or human rights abuses in the production and trade in natural resources. For CIDSE, this is one of the essential measures to be taken by States in follow-up to their 2011 endorsement of the United Nations Guiding Principles on Business & Human Rights (see CIDSE briefing,Human Rights Due Diligence: Policy measures for effective implementation, September 2013). It should also form part of a wider comprehensive approach that includes measures to prevent environmental destruction and associated livelihoods, and to reinforce governance and encourage security sector and mining reform in resource-rich developing countries.