Pope Francis: in Paris every effort should be made to stop climate change – CIDSE
Skip to content 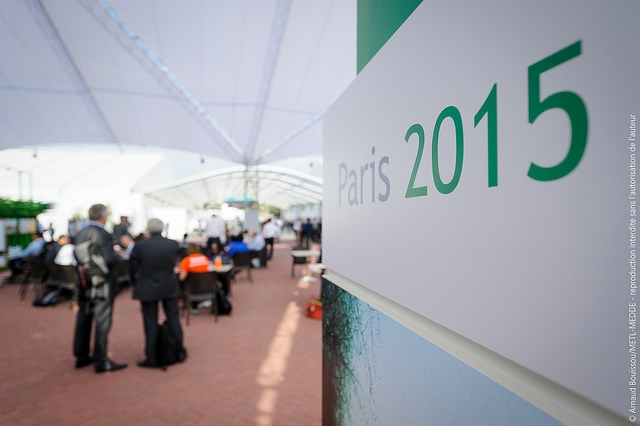 In a brief message after the Angelus in St. Peter’s Square today at noon, Pope Francis said he was following the climate talks in Paris closely.

He recalled the key question he raised in his encyclical Laudato si’: “What kind of world do we want to leave to those who come after us, to children who are now growing up?”

According to the Pope, this one common home is for all of us and for the future generations. In Paris every effort should be made to reduce the effects of climate change and, at the same time, we should tackle poverty to allow human dignity to flourish. The two efforts go together: stopping climate change and addressing poverty are the two crucial and fundamentally intertwined issues.

We are encouraged by the Pope’s address, which we hope will be heard by negotiators in Paris. The Pope’s encyclical already had an immense effect on the way people perceive climate change, and it is crucial than ever to keep its core messages in mind at COP 21.

Eight days ago (In-flight Press Conference, 30.11.2015), the Holy Father expressed confidence in the Paris leaders negotiators, that they have the necessary awareness and good will to accomplish what is needed. “I hope that it will happen,” he concluded. “I am praying for this.”

In Paris, a press conference conveying messages related to climate change and the position of the Catholic Church will be held next Tuesday at the Le Bourget with Cardinal Peter Turkson, President of the Pontifical Council for Justice and Peace which provided the first draft of Laudato si’.