Mineral sourcing: Will EU law change things for people in the Democratic Republic of the Congo? – CIDSE
Skip to content 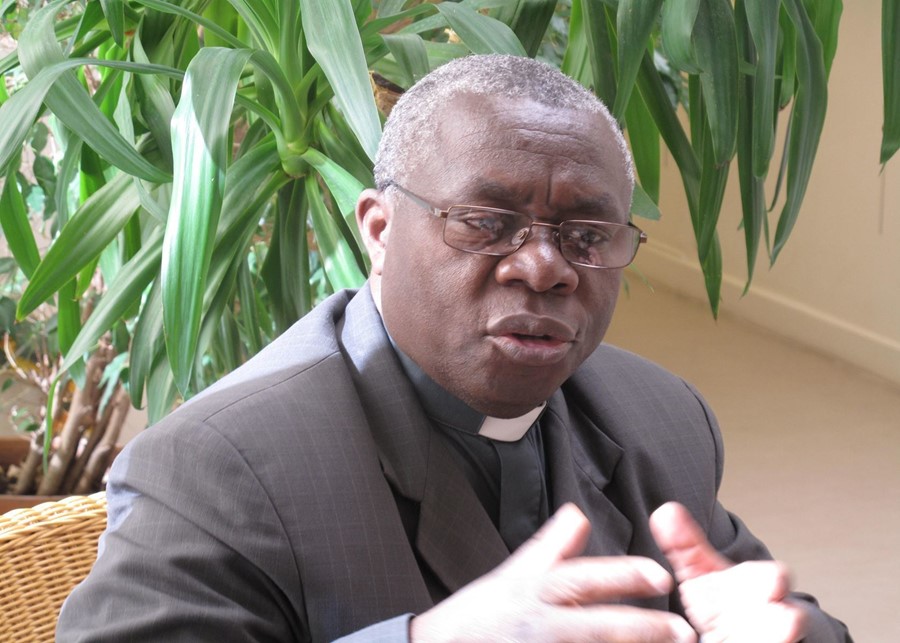 In March, the European Commission proposed legislation that aims to prevent European companies’ mineral purchases from financing conflict or human rights abuses. Mgr. Maroy, Archbishop of Bukavu in the Democratic Republic of the Congo (DR Congo), visited Brussels and spoke about whether EU legislation can bring changes for the good of humanity. (Article in EN – FR – DE)

The Eastern region of Congo is rich in minerals, including those contained in products used every day by millions of Europeans, such as mobile phones, computers and cars. But, the Archbishop emphasised, alongside the wealth of natural resources both under and above ground, the majority of people are living in misery. Children struggle to have enough to eat or to go to school. Young people are without prospects of employment or means of livelihood. Women and men are often at the mercy of militias operating in the area. Certain mining sites are under the control of militias, with their exploitation generating revenues that fuel conflict.

In response to this context in countries facing conflict or insecurity, the Commission has proposed a voluntary self-certification scheme for companies importing processed and unprocessed minerals (tin, tantalum, tungsten and gold) into the European market. Will this be enough to ensure that goods sold to European citizens do not hide a sordid, violent story for the people of Congo and elsewhere? Mgr. Maroy highlighted two fundamental problems with the proposal: its narrow focus on one segment of the production chain, as well as its voluntary nature, are insufficient to bring about effective change in companies’ sourcing towards responsibly produced minerals.

The opt-in scheme would apply only to European importers of raw ores and metals. And yet to ensure that natural resources from conflict or high-risk areas do not enter EU markets, the law would also need to target manufacturers and companies that import finished products. As a comparison, legislation introduced in the United States in 2010 that requires US-listed companies to carry out checks on minerals coming from DR Congo and neighbouring countries applies to approximately 6,000 companies.

The EU proposal would apply to an estimated 400 companies, leaving aside large companies making consumer products and neglecting the need for businesses to be accountable to citizens on their due diligence efforts. Mgr. Maroy underlined the need to address the entire chain of production, from those that extract the minerals including small artisanal miners, to those that sell the final products. A law with too narrow a focus risks having little impact on the conflict situation and on smuggling that diverts tax revenues from the government’s coffers and leaves the Congolese people without benefit from their country’s natural resources, which should instead be serving the common good.

With the voluntary nature of the measures, the Commission is banking upon reputational interests and access to public procurement markets as incentives for changes in companies’ sourcing practices. Mgr. Maroy pointed to experience in voluntary company initiatives in eastern Congo, such as that of the electronic company Philips, that shows the limitations of efforts to bring change in individual company supply chains, rather than a comprehensive, uniform system.

The 2010 United States legislation will be coming into effect in May of this year. The EU proposal would set a lower standard than the US regulation, thereby failing to build global momentum for convergence in standards that would bring a level playing field with companies based outside of Europe and the United States. This would be contrary to the recent EU legislation of June 2013 on transparency of company payments to governments in the extractive and forestry industries, which matched and even strengthened the standard set by the United States. The European Parliament has already requested in February a mandatory measure on due diligence in minerals from conflict areas.

European citizens have high expectations: a 2012 Eurobarometer survey showed that 87% of them agree that the EU should try to ensure private companies comply with social and ethical standards. Only robust legislation requiring a wide range of EU-based companies to carry out checks on their supply chains will comply with the 2011 UN Guiding Principles on Business & Human Rights, and impact on the way that the majority of European companies source natural resources, for the benefit of all.

Mgr. Maroy participated in a symposium on Christian engagement for global justice, organized on 13-15 March by Entraide et Fraternité and the Université Catholique de Louvain. The Commission “Justice et Paix Belgique” hosted the Archbishop’s discussions with media and civil society in Brussels.This article was first published in EuropeInfos.