“Is access to justice for poor communities really so risky for British business interests?” asks CAFOD – CIDSE
Skip to content 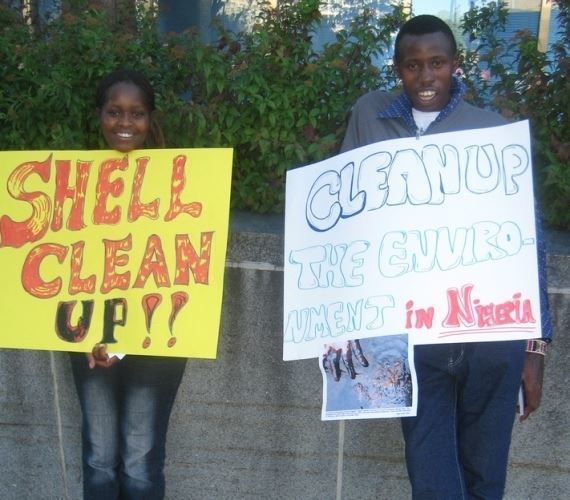 In 2011 and 2012 the UK Government submitted official briefings to the US Supreme Court in relation to two high profile legal cases alleging corporate involvement in grave human rights abuses in the Niger Delta and Papua New Guinea. These briefings questioned the right of the affected communities to use the US Courts to bring cases against Shell and Rio Tinto respectively.

On 7 April the Guardian reported on the backstory to this decision, including the links between Shell and Rio Tinto and the Foreign Office’s official intervention in relation to these US Court cases.

The article is based on documents drawn from the CORE corporate responsibility coalition’s freedom of information requests.

They raise key questions about how and why the Government chose to prioritize what it saw as business interests in the Kiobel v Royal Dutch Petroleum & Shell case.

The key concerns when deciding on the UK’s course of action included the potential damage to British business of a US Supreme Court finding that corporations can be held liable for such violations.

There is recognition by Foreign Office officials that if the Government’s actions to influence the decision of the US Supreme Court are successful, this “would remove one of the few remedies for individuals seeking redress against foreign companies for their actions in foreign states” but in the documents released this does not seem to be a particularly important consideration.

Instead the main worry appears to be presentation and the risk of being accused of hypocrisy: “This may undermine the government’s efforts to demonstrate that it is in the vanguard of countries pursuing better human rights respect from business and erode some of the goodwill we have created in this area.”  Perhaps this is why CORE’s FOI request was initially turned down and it took so long for the documents requested to be disclosed.

What is missing is an open, transparent discussion about the conflicts between real and perceived business interests and respect for the human rights of citizens by governments and businesses.  Instead, in my view, the UK’s position seems to have been developed with too much secrecy.  The legal arguments to support the Government’s opposition to the principal of extra-territoriality are well rehearsed.  The practical impacts on access to justice for poor and marginalised communities are not.

…and what about lobbying transparency?

These documents also show how the recent Transparency of Lobbying Act is at best irrelevant and at worst a distraction from understanding the reality of corporate lobbying in our democracy.

CAFOD spent much of last year calling for a fairer, more accurate record of lobbying activity which would cover all actors seeking to shape Government policy, including NGOs and multinational companies. The narrow register of lobbyists which was actually created by the act ignored these points.  Time and time again in our discussions with Ministers and Peers we were told that there is “no evidence of a problem.”

The Freedom of Information requests disclosed by the CORE coalition show very clearly that there is a problem when large multinational companies engage to try to influence high level government policy and yet the government is afraid to admit that this is even happening.

Transnational companies have huge financial and legal resources and much better access to power than the communities that our partner organisations work with in countries such as Zambia or Colombia.  Stating this is not “anti-business” – it is the reality of our globalised world.

Genuine transparency about lobbying and decision making is needed precisely because a company like Shell can get access to Cabinet Office discussions, lobby to try to change existing UK policy and be briefed on Government policy decisions before Parliament.

The botched Lobbying Act has done nothing to address the current lack of trust in business or Government. This situation desperately needs to change.