Press release: a new video shows the stories of suffering that are hidden in many everyday products – CIDSE
Skip to content 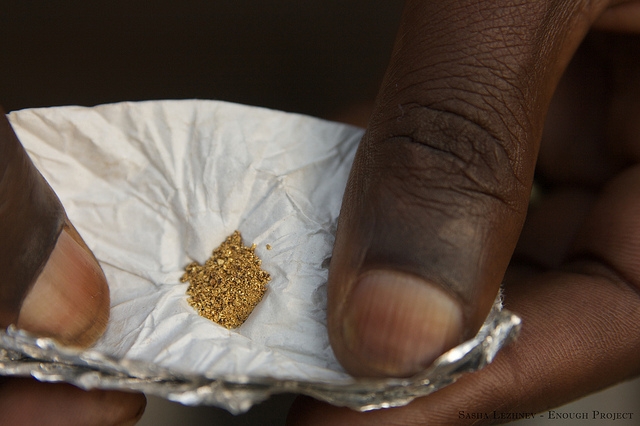 CIDSE, Commission Justice & Paix and EurAc are launching a video-campaign action. After watching the video, citizens will be able to send their demands for effective legislation to Members of the European Parliament.

On 18-19 March 2015, Members of the European Parliament sitting in the International Trade (INTA) Committee will vote on responsible mineral sourcing (the so-called “conflict minerals” regulation). This will be followed by the vote in a plenary session of the European Parliament on 18-21 May (exact day to be confirmed). These votes will be crucial for the outcome of a legislation that has a huge impact on the well-being of many communities in the global South.

This video, made by CIDSE, EurAc and Commission Justice & Paix, shows what is really inside our mobile phones, exposing a story of suffering and violence. The script of the video says: “The mine is controlled by a group of armed men. Equipped with machine guns, they demand a “tax” to let him dig. Soon, another armed group will take the place of the first. If Bienvenu is not killed during the attack, he will certainly be subject to extortion.”

Through the stories of Bienvenu and Félicité, the protagonists of the film, we can see how the life of people in countries such as Colombia, Myanmar, and the Democratic Republic of the Congo, can be affected by the extraction and trade of natural resources used for everyday products. The video is part of a wider campaign asking MEPs to make the conflict minerals legislation binding and comprehensive in scope.

In sourcing resources coming from conflict-affected or high-risk areas, European businesses are at risk of fuelling violence to the detriment of human rights, peace and development. In this way, “conflict minerals” find their way into our computers, our telephones, our cars. CIDSE’s Secretary General, Bernd Nilles, highlights that “through this video and the accompanying email action, European citizens will be able to act and show to their representatives that they don’t want to be complicit of this deadly exploitation and trade of natural resources. We hope that the citizen’s emails addressed to some key Members of the European Parliament will encourage them to rise up to act strongly on this regulation, reflecting the concerns of many European citizens.”

Alerted on the “conflict minerals” issue by European citizens and civil society, the European Commission has already made the positive step of proposing a regulation aiming to ensure responsible sourcing of minerals by businesses when they source from conflict-affected zones. The objective is to break the links between natural resources and conflicts, as is the case in the east of the Democratic Republic of the Congo for the last 15 years where populations are made to suffer mutilation, massacres, rape, slavery and massive displacement perpetrated by armed groups whose financing is mainly based upon the riches of the subsoil.

The text proposed by the European Commission could still be improved, especially on these points:
• It does not require the concerned businesses to investigate their supply chains but is content only to “encourage” them to do so.
• It restricts the law to four minerals (tin, tantalum, tungsten and gold). This neglects the fact that there are actually many other natural resources that contribute to abuses around the world, such as copper, jade and rubies, coal and diamonds.
• The regulation limits its scope to only 480 European businesses. The impact on the ground and thus on affected populations risks being minimal.

The call for stricter and better rules on conflict minerals is also endorsed by more than 130 Church Leaders from 37 countries, expressed in a statement supported by CIDSE. The joint statement, first released in October 2014, has continued to gain support among European and other bishops, especially now ahead of crucial votes at the European Parliament. In this video, two bishops from the Democratic Republic of Congo, signatories to the Church leaders’ statement – Mgr Fridolin Ambongo- President of the Episcopal Commission on Natural Resources and Bishop of Bokungu-Ikela, and Mgr Fulgence Muteba, Bishop of Kilwa-Kasenga in – explain why a stronger EU regulation is needed if it is to bring tangible change to suffering communities.

In 2015, let’s demand ambitious legislation from the European Union to put a stop to conflict minerals!
Share this content on social media