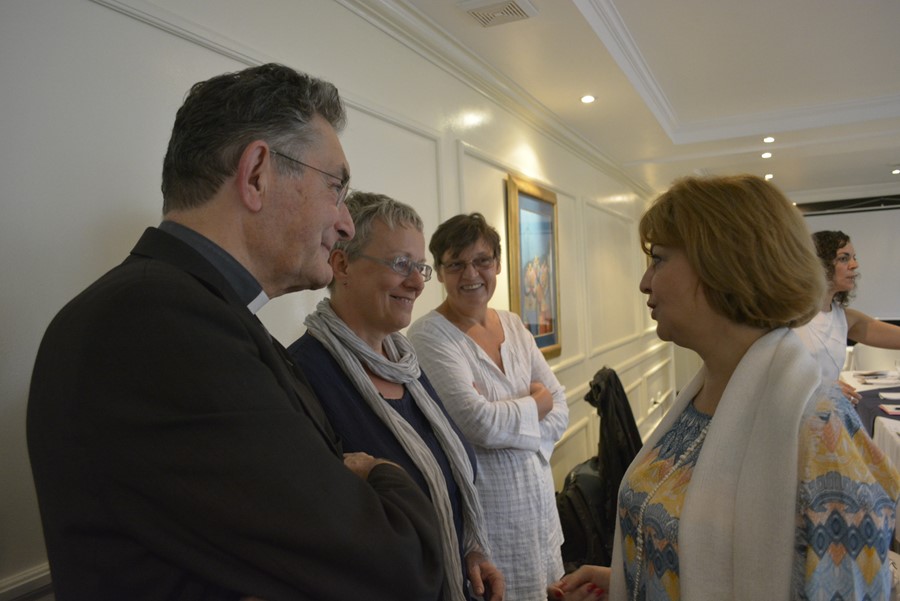 On the occasion of International Women’s day, it is important to pause for a moment to reflect on the critical need for the issue of gender equality to be given priority attention in all spheres, the political, social and economic.

On a visit to the Indian State of Tamil Nadu in June 2014 I personally witnessed how extreme inequality continues to prevail. Women are dominated by men and objectified by them. Gender-based violence is widespread. Gang rapes and killing of young girls are frequent. A priest I met there told me that 10 million girls have been killed in the last 20 years only! For many Indian families girls are considered a burden or a liability because of the pressure to give dowry. The problem of gender inequality is furthermore exacerbated in India by the caste system. Among the Dalits the “untouchables”, I noticed that women were doing jobs such as collecting waste that were considered shameful for men to do.

In Guatemala, I was pleasantly surprised to see how women from modest backgrounds spoke in public and how some of them held responsibilities. This is an exception since in civil and political life in general, women’s rights are not respected. Rather, women are bullied. In Guatemala the fundamental problem seems to lie at the core of the family life. In marriage the woman continues to be accorded an inferior status. Male chauvinism is a prevalent phenomenon in the whole of Central and South America. At the same time I was also shocked to learn about the high percentage of early pregnancies in girls as young as 11. I believe that a dual approach would be needed: better recognition and appreciation of women and sexual and emotional education of young people and adults.

I have seen firsthand in both India and Guatemala that women’s contribution to society is not recognised and appreciated as it should be. Thinking in terms of “gender” could help us challenge clichés and traditional practices and to imagine putting into place a new set of relations between men and women, rather than continuing to see women and men as playing the same traditional roles.

The role of women in our Western society raises issues too. For example, women continue to bear a disproportionate burden of domestic work and continue to suffer inequality in their roles in the professional sphere. Women are still not accorded the same chances and options that men have with regard to work outside the family sphere. It should also be possible for men to stay at home! The status of mothers and fathers are often determined by the way traditional economy works. We shouldn’t be stuck in these patterns! On 7 January 2015, addressing the faithful, the Pope said that “the mother is rarely listened to or helped in daily life, rarely considered central to society in her role. Rather, often the readiness of mothers to make sacrifices for their children is taken advantage of so as to “save” on social spending“.

In the two countries I visited, I could see how women are far from being respected with dignity and equity in the public sphere. Moreover, the situation of women is too often affected by domestic violence, a phenomenon that becomes more intense in situations of poverty. In its work CIDSE strives for the dignity of both women and men to be given equal emphasis and for greater justice in the roles they assume, and this is a welcome initiative. I share CIDSE’s approach that sees the promotion of women’s rights and gender equality as a pre-requisite for poverty alleviation, human development, human well being, justice and dignity.