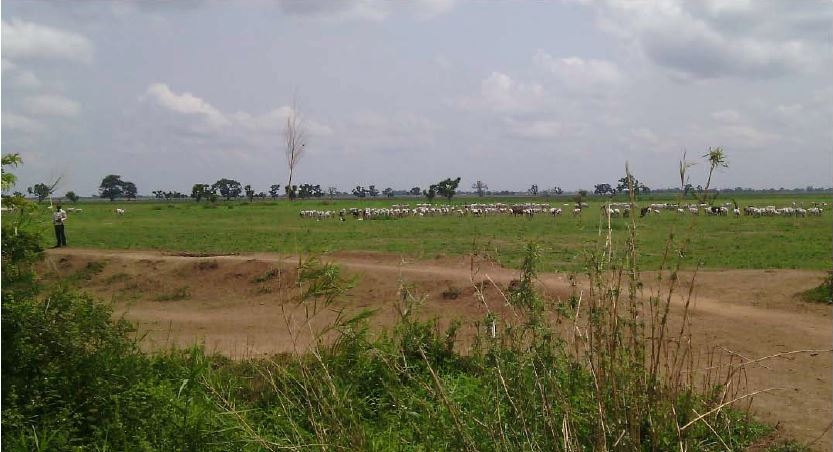 The conference will highlight the state of land grabbing in Africa, cases of resistance across the continent, as well as Church responses and its increasing engagement on issues of land grabbing.

Land grabbing is a serious problem across Africa, requiring urgent attention since it threatens livelihoods and food security. It has already dislocated hundreds of thousands of people from their lands, deprived them of natural sources, and threatened their livelihoods.

Land grabbing and just governance, issues that constitute a significant threat to food sovereignty, will be discussed at the conference “Land Grab and Just governance in Africa”, opening today in Nairobi, Kenya, and organized by SECAM (Symposium of Episcopal Conferences of Africa and Madagascar) with the collaboration of AEFJN (Africa Europe Faith and Justice Network), AFJN (Africa Faith & Justice Network) and CIDSE (network of Catholic development agencies). The event will gather about 150 participants from the African continent and beyond, including many people directly involved in land grabbing struggles.

Land grabbing is most often described as the acquisition of large areas of land in developing countries by international firms, governments, or individuals. In recent years land grabs have increased following the worldwide spike in food prices in 2008, prompting investors to look toward the Global South, particularly Africa, for potential land investment to produce food and biofuel for export and international markets. Large tracts of land are also being acquired for speculative purposes, known as “land banking”, where the buyer holds the land and sells it later.

Among the cases that will be presented during the conference is the one involving the Italian project Senhuile SA, which has leased 20.000 hectares of land in the Ndiaël Reserve in Senegal, land used for decades by residents of some 40 villages in the area. This resulted in an ongoing conflict with the villagers, who want the project stopped. The case of farmers in Nigeria’s Taraba State and in Kenya, who are being forced off lands that they have farmed for generations to make way for US company Dominion Farms to establish a rice plantation, will also be a subject of discussion. Cases involving Bollore land deal in Cote d’Ivoire, Cameroon, Liberia as well as in Sierra Leone and cases from Mozambique, the Democratic Republic of the Congo and Mali will also be showcased.

This conference takes place ahead of Pope Francis’ visit to Kenya, Uganda and Central African Republic. The Pope has previously voiced great concern about the issue of land grabbing. In a speech delivered at the UN Food and Agriculture Organisation in Rome in June 2015, Pope Francis warned against the “monopolising of lands of cultivation by trans-national enterprises and states, which not only deprives farmers of an essential good, but which directly affects the sovereignty of countries”. The Holy Father also pointed out that: “There are already many regions in which the foods produced go to foreign countries and the local population is doubly impoverished, because it does not have food or land”.

Further guidance and indications in relation to the dangers of land grabbing were expressed in the Pope’s Encyclical letter Laudato Si’, in which he denounces an exploitative approach towards land while recalling: “For them (indigenous communities), land is not a commodity, but rather a gift from God and from their ancestors who rest there, a sacred space with which they need to interact if they are to maintain their identity and values. When they remain on their land, they themselves care for it best. Nevertheless, in various parts of the world, pressure is being put on them to abandon their homelands to make room for [industrial] agricultural or mining projects which are undertaken without regard for the degradation of nature and culture.” (146). In support of Laudato Si and ahead of the climate conference COP 21 in Paris, the bishops’ conferences across the world signed on the 22nd of October an appeal which called for COP 21 “to ensure people’s access to water and to land for climate resilient and sustainable food systems, which give priority to people driven solutions rather than profits.”

The conference aims at developing strategies to support and strengthen local communities in their struggles to stop this menace and to build resilience.

Download from the attachment below the press release in English, French and Portuguese, and a description of the case studies presented during the press conference.

Notes to the editors:
–SECAM (based in Accra), the Symposium of Episcopal Conferences of Africa and Madagascar, is an association of all the Catholic Bishops Conferences of Africa and its islands. Since its establishment in 1969, SECAM has shown concern for issues pertaining to human development. For this reason SECAM set up a Department of Justice, Peace, and Development in its Secretariat in Accra, Ghana. SECAM brings all the dioceses in all countries on the continent. SECAM represents almost 20% of the total population of Africa who are Catholics.

–AEFJN (based in Brussels), Africa Europe Faith & Justice network, is a sister organization of AFJN founded on the same core values and ethos by European based religious congregations. However, the AEFJN is founded in 1988 to promote more equitable economic relations between Europe and Africa through its advocacy at the EU and currently has more than 43 religious congregations in its membership. AEFJN recently completed case studies on land grabs and “extractivism” in Senegal and Madagascar respectively
-AFJN (based in Washington), the Africa Faith and Justice Network, began in 1983 as a response to what Catholic missionary congregations witnessed on the ground in Africa. AFJN was formed to promote more responsible and just relations between the United States and the countries of Africa, and to fight against policies detrimental to Africa. AFJN has 34 organizational members,. From its offices in Washington D.C., AFJN continues its advocacy work with congressional lawmakers and with U.S. administrative agencies.

– CIDSE (based in Brussels) is an international alliance of Catholic development agencies working together for global justice. Our 17 member organisations from Europe and North America come together under the umbrella of CIDSE to fight poverty and inequality. We challenge governments, business, churches, and international bodies to adopt policies and behavior that promote human rights, social justice and sustainable development.