COP 21: Some steps were taken in climate draft deal, but still a lot to do for the vulnerable – CIDSE
Skip to content 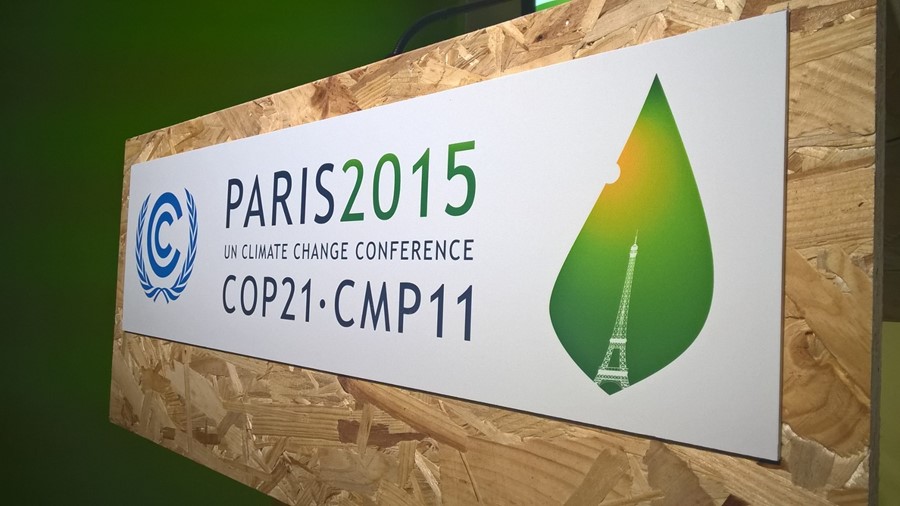 The current negotiation text will soon be adopted as the new and only universal deal on climate change. Mass mobilisation and pressure came from the people as they took to the streets, and it is due to this pressure on politicians that we now see a reference to 1.5 C degree temperature rise target, a mention of the concept of climate justice and a signal to the fossil fuel industry that its time has come to an end.

The draft agreement holds countries to keep the global average temperatures well below 2 C degrees with only a reference to the 1.5 C degree threshold. For Catholic development organizations working to advocate for a fair and just deal for the world’s poorest people the 1.5 C degree temperature rise target will only help achieving climate justice if all countries do their fair share; the emissions cuts by countries are scientifically credible and achieved by mid century; there is a mechanism to transparently review progress and increase countries’ commitments; substantial and predictable funding is provided by those with historical responsibility and with most capacity to pay so all countries can play their part in reducing emissions to near zero over the coming decades.

A joint CIDSE and Caritas Internationalis delegation was present throughout the fortnight-long talks, known as COP21. “We were hoping for courage and creativity from leaders to tackle climate change, yet the draft agreement lacks ambition and does not offer an adequate solution to this global emergency which is affecting millions of the most vulnerable people on Earth. While the essential connection between climate change, poverty eradication and equitable access to sustainable development has been made, it is regrettable that human rights are not at the core of the draft climate agreement and we should avoid that vested interests prevail over the common good.” said Michel Roy, Secretary General of Caritas Internationalis.

“Inspired by the words of Pope Francis, together with hundreds of thousands of people from all around the world, we called governments to consider the moral dimension of political decisions in relation to climate change, and to put the poorest communities who are suffering the most from climate change impacts at the centre of the debate in Paris. The care for our common home requires us to realize that we are faced with a complex social and environmental crisis.” said Heinz Hödl, CIDSE President and Director of KOO.

Concerning climate finance, while it is reassuring to see that richer countries will take the lead, there is little indication of how they plan to scale-up their contributions from the existing 100 billion (US dollars) obligation. We wanted to see governments secure predictable sums of finance for developing countries adaptation needs, sadly that didn’t happen. There is no guarantee that the future financing needs of the most poorest and vulnerable will be matched and met. To echo Pope Francis, those who are most responsible for the climate crisis must pay their ecological debt towards those least responsible.

Another concern is that the protection of human rights is now absent from the core of the draft agreement, which bears the risk that some climate projects may endanger human rights, while at the same time a lack of a reference to food security is a further blow for vulnerable communities around the world. The draft deal also does nothing to protect their land rights – land is treated as a means of offsetting emissions in the draft deal, which gives no consideration to people living on those lands and could therefore undermine people’s livelihoods and way of life. This gives big polluters a chance to grab lands to offset projects and displace indigenous communities, while reducing arable land and continuing to increasing emissions at home.

For the first time the issue of loss and damage, which has been controversial for years, has been included in the proposed new agreement. While the decisions may provide a baseline to support those affected, it was disappointing to see a few countries wanting to avoid their responsibility to compensate for the irreparable and irreversible damage that is caused by climate change to the front line communities and people.

Despite this inadequate text, CIDSE and Caritas Internationalis say they are heartened by the unprecedented demonstration of solidarity from the climate justice movement throughout 2015, which the agencies remain committed to facilitate and support, as campaigners shift their focus to holding politicians accountable for their responsibilities under the new agreement. There is a strong appetite from people of all walks of life for political action on climate change. The movement for climate justice is a growing one, which will continue beyond Paris.

Our members from all around the world have their say about the end of COP 21 on a range of issues related to climate change:

“The unprecedented global mobilization inspired largely by Laudato Si’ infused a moral obligation upon the parties negotiating to reach a fair and just agreement. Unfortunately, the final agreement falls short of our collective responsibilities to establish the necessary measures to respond to the needs and the voices of the most vulnerable in a legally binding and satisfactory way” said David Leduc the Excecutive Director of Development and Peace.

“We are disappointed that provisions to ensure food security are not present in the core agreement, while language on production remains. We must remember, as stated in the introduction, the real threat to food production systems is from the impacts of climate change. More food is not the same as less hunger. Hunger must be addressed by supporting local solutions and resources which this draft agreement can help to deliver.” said Eamonn Meehan, the Executive Director of Trócaire.

“Poverty and climate change must not be considered separately. The draft deal acknowledges this relation in the preamble, but the core agreement does not reflect the strong interdependency of both issues when it comes to climate actions. The agreement also ignores the fact that climate change impacts are a mayor threat to Human Rights. If the earth is warming up to two degrees, the number of people suffering from hunger and living poverty will increase significantly till the middle of the century.” – said Pirmin Spiegel, the Director General of Misereor

“We have a deal where some 200 countries recognise the integral relationship between climate change and the eradication of poverty. The agreement itself and the reference to a 1.5 degree temperature threshold is a significant step. While there can be no argument that the Paris Outcome signals an unequivocal end to the fossil fuel era, we clearly want this to happen quicker and countries will and must keep returning to the table so we can ensure we meet the imperative of keeping within a 1.5 degree rise.” Neil Thorns – Advocacy Director, CAFOD

“Far from ensuring transformational actions, and without any accountability framework, the Lima Paris Action Agenda can open doors to land grab, GMOs and other practices which sound like business as usual and may threaten environment and fundamental rights of the most vulnerables. Through an institutionalization of this Agenda within the COP21 texts, France has contributed to reducing the ambition of the agreement and given the impression that some key subjects – like agriculture – were taken into account even if they are actually totally ignored in the discussion”- said Bernard Pinaud, the Director of CCFD- Terre Solidaire.