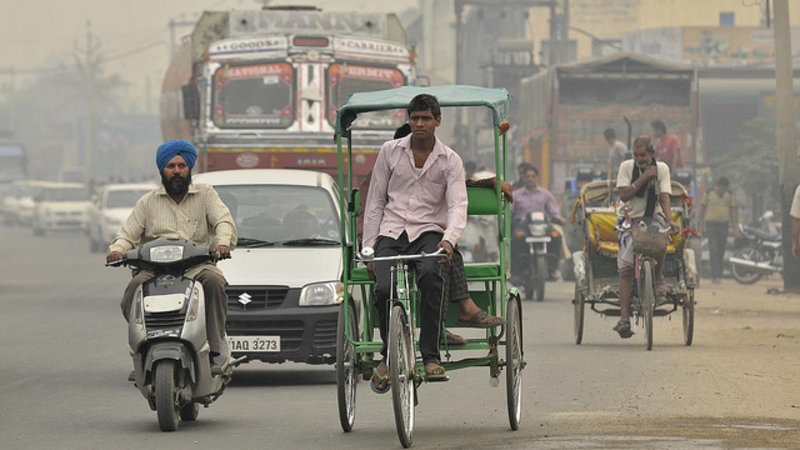 Oswald Gracias urges the EU to make real political commitments after the COP 21 and ahead of several important EU meetings, to secure the future of our planet’s most vulnerable people.

Oswald Gracias is Archbishop of Bombay and head of India’s National Conference of Catholic Bishops, as well as being one of the Pope’s trusted advisors.

Just two months ago, world leaders signed a historic climate agreement in Paris that raised hopes of a global shift away from fossil fuels and a future where vulnerable populations do not have to live in the shadow of environmental threats. For the first time in history, all countries agreed to play their part in keeping global temperature increases below 1.5°C, an essential step in protecting the livelihoods and the very existence of many populations living in areas highly vulnerable to climate change.

But the lengthy and heated negotiations in Paris may turn out to have been the easy part. It is only when the spotlight turns away and leaders return home that we find out whether their commitments are real or merely a facade. Are politicians ready to confront vested interests and chart a new course of radical climate policies? Are we ready to move from talking about solidarity to acting in good faith with our fellow citizens, especially those facing the most immediate threats from climate change?

Like those Britons who recently experienced severe flooding, Indians know the price of the world’s failure to tackle climate change. Farming communities are increasingly vulnerable to heavy rainfall and floods that threaten to decimate their crops and their livelihoods. The risks loom large, threatening to unravel the slow but steady progress that countries like India are making in alleviating poverty and providing a dignified life for their citizens.

Developing countries like India are well aware of their responsibilities to negotiate a cleaner path of growth and development. Indeed, the ‘Paris effect’ is already visible in many quarters, with China recently announcing a moratorium on new coal mine projects, and Vietnam also pledging a U-turn away from coal. But without serious commitments from other major emitters like the EU, these efforts will be in vain. The EU has a moral responsibility to show the same leadership in implementing the Paris agreement as it did in making the agreement possible. The climate crisis was not solved in Paris: the COP 21 was just one step in the right direction.

Inspired by the Pope’s courageous encyclical Laudato Si’, faith leaders from around the world came together in advance of the COP 21 to call on world leaders to strike a truly transformational climate agreement putting the common good ahead of national interests and protecting the Earth – our common home – and all its inhabitants. Echoing Pope Francis’ words, and supported by the Catholic networks CIDSE and Caritas Internationalis, we argued for a deal that limits global temperature increases to avoid catastrophic climatic impacts, especially on the most vulnerable communities. An agreement has now been signed, but faith leaders, civil society groups and many other proponents of climate action have no intention of turning our attention away.

The EU faces the first real test of its resolve this Friday (4 March) as European environment ministers gather to discuss the implications of the COP 21 on the continent’s policy decisions. Those ministers, and the heads of state present at the European Council summit two weeks later, can and must build on the momentum they helped create in Paris by recognising that a recalibration of the EU’s climate goals is required in order to meet the commitment of keeping global temperature rises to 1.5°C. They must revisit the EU’s climate and energy policies and commit to going beyond the 40% cuts in domestic greenhouse gas emissions to which they have previously agreed. Commissioner Cañete’s desire to raise the EU’s energy efficiency target above 30% and his willingness to explore the possibilities of boosting the bloc’s 2050 greenhouse gas emissions reduction target to 90-95% are to be welcomed, but must be committed to in no uncertain terms by heads of state themselves in March.

Ambitious and fair financial and fiscal pathways are also key for the EU to go beyond its existing commitments and guarantee climate justice for developing countries. Raising additional international public climate finance for adaptation and renewable energy sources in countries like India and phasing out EU fossil fuel subsidies should be considered a priority. Remembering that it will have to present its progress on an international scale at the global stock-take foreseen for 2018 at the COP 21, the EU must ratify the Paris Agreement as soon as possible and show that the period leading up to 2020 is a live and urgent political window for action.

I hope that the visionary words of Pope Francis in Laudato Si’ continue to guide European climate policies, inspiring political action to protect the citizens of the world whose future is most threatened by climate change. Through its pledges in Paris, the EU has given the world’s most vulnerable people hope; now, Europe must fulfill its moral responsibility and make the words of the Paris text meaningful.

This article was first published in Euractiv.