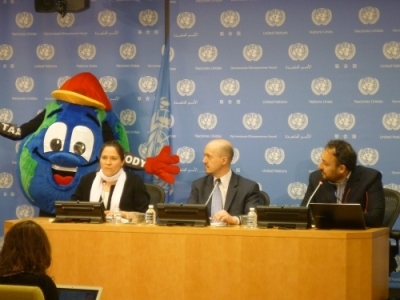 2015 was an eventful year for everyone who cares about sustainable development. Three large conferences (financing for development, Agenda 2030 for Sustainable Development, and the Paris Climate agreement) unveiled, together, an ambitious agenda of multilateral efforts to eradicate poverty while preserving and nurturing our planet.

But those observing the first event to follow up on such lofty and ambitious commitments were suddenly awakened to the bitter reality of transitioning from paper to the realities of implementation.

After more than 12 years of a follow-up to FFD that proved very ineffective, its reinvigoration represented the primary concession made to developing countries in a package that otherwise had plenty of setbacks for them compared to the previous FFD outcomes (Monterrey in 2002 and Doha in 2008).

In spite of this, right from the start it became clear that developed countries were not ready to smooth the path for the Forum.

Because a General Assembly resolution that in the Fall of 2015 should have set some key parameters for the FFD Forum failed to do so, protracted negotiations over the Forum’s modalities had to take place earlier this year, eating into valuable time for negotiating an Outcome. At the modalities debate, developed and developing countries clashed over the length of the Forum, a conflict foretold in the Addis Ababa Action Agenda where the compromise was to hold the Forum for “up to five days.” In the end, the decision was to have it last only three days.

As civil society stated in a letter to the President of ECOSOC, this did not allow sufficient time to complete the tasks of the Forum that include “consideration of an expanded Financing for Development agenda [and] the additional consideration of the interlinkages between Financing for Development and the Agenda 2030.” In the same letter, the civil society organizations called for setting aside two additional days of ECOSOC schedule in the Fall to complete the task.

Another difficulty was in the timing and disagreements surrounding the Inter-Agency Task Force report’s methodology and role. The Inter-Agency Task Force comprises the major institutions involved in the FFD process (e.g. World Bank, IMF, UNCTAD and others) and has the mandate to “report annually on progress in implementing the Financing for Development outcomes and the means of implementation of the post-2015 development agenda and to advise the intergovernmental follow-up thereto on progress, implementation gaps and recommendation for corrective action.” But, upon developed countries’ insistence that it was too early to assess progress on implementation – conveniently forgetting that the FFD process started in 2002 — the first report limited itself to lay out the methodology for monitoring implementation in the future. Even as it did this, it narrowed down its framework to the Addis Ababa Action Agenda, neglecting the previous FFD outcomes that the Addis Ababa Outcome actually reaffirmed. Civil society organizations called for avenues to engage in the preparation of future reports, and adequate space for the Forum to interrogate its methodology.

Moreover, developed countries claimed that the negotiations could not start until the report was produced. In the process, valuable negotiating time was lost. This is in spite of the fact that the monitoring function of the Forum –which the Inter-Agency Task Force could potentially serve well—is different from its actual “follow up” function, which is about policy and normative development of commitments undertaken in the FFD outcomes. In fact, it is on the latter that the greatest potential of FFD as a forum for consensus-building and advancing policy proposals lies. Civil society expressed hopes for the specification of focus issues to be developed “one to three years in advance of its consideration in the Forum so that adequate preparatory consideration may be undertaken in relevant international institutions and multi-stakeholder consultations.”

But developed countries reserved their most intransigent attitude for the negotiations on the Outcome. At a press conference the opening day of the Forum, assessing the draft Outcome Document (“the draft”) available at that moment, civil society organizations deplored the asynchrony between the negotiations and the global economic context in which they were taking place:

Three weeks before the Forum the “Panama papers” scandal had unleashed public anger over the extent to which they showed wealthy and powerful individuals and companies evading taxes, with some experts commenting that was likely just the tip of the iceberg. Yet the draft treated the revenue losses due to illicit financial flows as a domestic phenomenon to be addressed with merely domestic measures.The weekend before the Forum, the World Bank and International Monetary Fund held their Spring meetings where discussions were dominated by the failure of the world economy to surmount stubbornly low growth and weak trade and demand, amidst the risks that low commodity prices, fluctuating exchange rates and tightening financial conditions posed for developing countries. Yet, the draft failed to use the gigantic opportunity of the Forum to discuss a fresh approach to reforms needed in the international monetary and financial system. The recently passed reform of voting at the IMF was welcomed as if representing compliance with the FFD outcomes call to broaden the participation of developing countries in economic decision-making.The week of the Forum Argentina was going to financial markets to raise near USD 15 billion in debt at relatively high interest rates. Of the new debt – contracted at a tremendous social cost for the population going through job cuts and tariff hikes– two thirds were expected to be immediately used to pay holdout (“vulture funds”) creditors that chose to stay out of a restructuring that 93 per cent of creditors had accepted. Yet the draft did not make any concrete reference to the need to improve sovereign debt restructuring processes that the FFD outcomes called for.The migration crisis had exposed donor countries’ diversion of Overseas Development Assistance (ODA) flows. Yet, the draft refused to chart any path forward for addressing issues on the definition of ODA.

More oddly, for a document which task was to “assess progress, identify obstacles and challenges . . . promote the sharing of lessons learned from experiences . . . address new and emerging topics of relevance,” the document failed to mention anything that could remotely resemble a negative assessment of progress.

Eventually, it became clear that the only way to overcome the standoff and have an Outcome, at all, would be to clean it from anything substantive. A welcoming to the Inter-Agency Task Force and its proposed methodology for coming years was about as close as it got to substance.

In a statement at the closing session, civil society expressed collectively its vision for the FFD follow-up:

“The FfD process is supposed to play a pivotal role in advancing socio-economic transformation of developing countries, democratizing global economic governance, and advancing systemic reforms of global economic frameworks in order to realign them with the imperatives of human rights and sustainable development. The FfD process is supposed to unlock the means of implementation to realize the aspirations expressed in the 2030 Agenda for Sustainable Development.”

Last year, fortifying the universal financing track at the UN was inextricable part of a grand bargain to ensure agreement on a universal sustainable development agenda. Thinking that such bargain does not need to be renewed every year, with a parallel show of commitment on both pieces of it, may prove a dramatic miscalculation. The important question is, with our (only) planet this time being at stake: is anyone making it?

This article was first published on Center of Concern’s website.