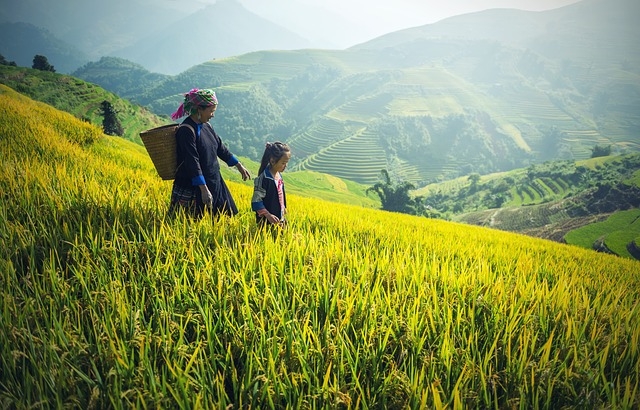 The CIDSE network embarked on a gender equality review in 2016- find out where this led us to and what are our next steps.

In these last weeks of the year we are continuously encouraged to look back at our achievements, plan our future, come up with resolutions for the New Year. One year passing by seems to be a big deal in people’s lives. A time period during which things can change drastically and events can push lives to take a different course for the good or bad. In the gender equality sphere however, time seem to pass in a different way, and a year seems unfortunately just a little fragment of time in a much too slow process towards systemic change and justice.

For us at CIDSE however, the little steps we took this year for gender equality, surely meant a lot. In March we launched our gender equality blog platform, opening a space for discussion around issues affecting gender equality in different contexts. This was a new and exciting experience for us, allowing us to get in contact with new people and movements who are actively engaged in gender justice or that simply shared their reflections about a specific gender issue they came across within their community.

The Syrian journalist Ola Aljari described the struggles of many women refugees who have had to flee their country and adapt to a new society, and the confidence that a radio program where women can share their stories and exchange tips can build. In her blog Achala Abeysinghe described how women’s representation at the top level is still virtually missing in many political arenas, including the UNFCCC on climate change. Other blogs highlighted the fundamental relationship between land and gender equality: in many circumstances women are excluded from land ownership and are forced to depend on men, making it impossible for them to gain independence and remaining at high risk of poverty. Teresa Toldy’s blog analysed the Encyclical Laudato Si’ trough a gender lens, illustrating how the document could have gone deeper into the differential impacts of poverty on men and women. Reporting on a report of the International Trade Union Confedereation on women and the Care Economy, Maria Tsirantonaki shed light on the disproportionate representation of women in low-paid, undervalued and insecure employment. Many more stories and reflections were shared by other writers with open hearts and minds.

The puzzle that these blogs put together is one where gender equality is far from being achieved. They highlight the many difficulties that women face to live a life of dignity at the same level as their male counterparts. As Finola Finnan wrote in her blog, “Gender equality is not about women. It’s about women, men boys and girls, it’s about our shared humanity and creating fairer societies that recognise the right of each person to be treated with dignity. But we are still far from that ideal.”

The blogs also featured stories of some of the protagonists of the gender equality cause who, despite all odds, struggle and secure victories for themselves and for many other women. The power that a community working together can have to change things is impressive! We look forward to hearing and sharing more exemplary stories next year, adding with each article a new piece of this complex, challenging and moving puzzle. We are privileged to be part of an open network, constantly reaching out to so many new allies that are willing to share with us their gender equality stories, and we want to keep on making the most of this unique chance!

We initiated an internal review of our work on gender equality through a gender baseline survey in 2016. The survey’s objective was to create a snapshot of the expertise and shortfalls of our network in promoting gender equality and make clear recommendations to take forward this work in our new Operational Plan, the document that will guide our work throughout the next five years. Thanks to this process, we have stepped up our ambitions to systematically address and resource work on gender equality, politically, organizationally and as a key component of our systemic change vision and action. We aim at deepening and strengthening our systemic change narrative with a clear gender equality frame that will be visible in our advocacy and programme work as well as our external communication. We want to establish tools to enhance the integration of a gender equality perspective in all aspects of our work and promote gender equality across the network, in our partners and in our advocacy work, by building on the already existing expertise and practice in the network and CIDSE’s distinctive role in advancing gender equality in the church. This exercise of introspection made us realise many of the shortcomings of our work so far, also in terms of our internal structures – we are convinced that “change starts with us” and that working in an environment that ensures gender equality should be one of our starting points.

One year is not much in the too slow gender equality trajectory, but in CIDSE we will proudly remember 2016 as the year where we launched our gender blog, telling inspiring stories which hopefully inspired many. We will also remember it as the year where we agreed to aim higher in the gender equality work across our network, after a long period of consultation and reflection. New Year’s resolution? Put gender equality at the core of our work- we now have the baseline to do so. To recall the words of Fatima Hasse, one of our bloggers, “Let us make sure all of us, in our daily lives and encounters, act and speak according to the values and principles of equality between men and women.”