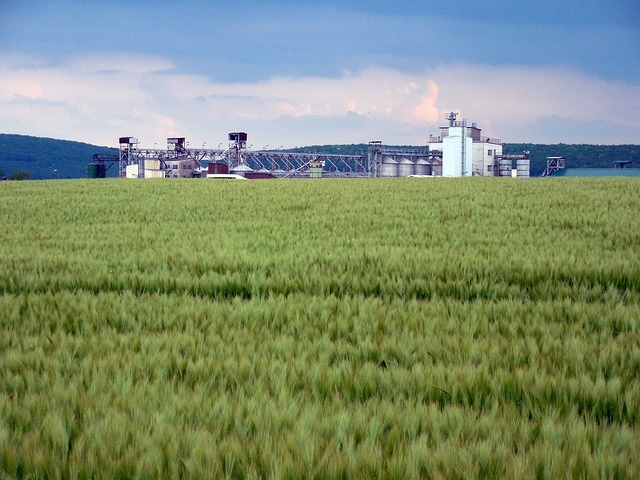 CIDSE along with more than 200 civil society organisations call on the European Commission to block the 3 planned mergers in the agribusiness sector, as they concentrate market power and exacerbate the consequences of industrial and chemical agriculture on ecosystems, farmers, health and food security.

The proposed mergers of DuPont-Dow, Syngenta-ChemChina and Monsanto-Bayer are completing the picture of an increasingly monopolized agribusiness sector. If the mergers are approved, this would mean that three companies would be controlling around 70% of the world’s agrochemicals and more than 60% of commercial seeds.

CIDSE believes that such mergers are a threat to recent international engagements such as the Paris Agreement and the Sustainable Development Goals by fostering an agricultural model which is heavily reliant on fossil fuels and external inputs, and which directly or indirectly shrink the space for small-scale food producers and governments to build truly resilient and sustainable food systems, de facto putting food sovereignty at risk.

As the open letter addressed to the European Commission states, “Corporate giants increasing their control over our food threatens this future, and will prevent us from growing the diversified farms and landscapes that we need to make our food system more resilient to climate change.”
In a time when the depletion of natural resources, the instability of global markets and climate change are increasing the risks that small-scale food producers are facing, the resilience of our food systems will decrease if nothing is done.

CIDSE sees such mergers as a threat that contributes to climate change. Among the worries that this causes is the growing opportunity that these corporate giants would have in influencing policies in areas such as trade, farm subsidies and land use, putting tremendous efforts and resources in promoting business-as-usual false solutions such as “climate-smart agriculture”: their huge lobby potential in spreading a worrisome model that puts small-scale farmers last and would further lock us in unsustainable and dangerous pathways.
Read the open letter below:

Open Letter to the European Commission on agri-business mergers

We, the undersigned organisations, call on the European Commission to reject the impending mergers of the world’s biggest agrochemical and seed companies.
In an already concentrated market, the world’s largest agri-business companies are proposing mergers – of Dow Chemical with DuPont, Monsanto with Bayer AG, and Syngenta with ChemChina. These mergers would exacerbate the problems caused by industrial farming – with negative consequences for the public, farmers and farm workers, consumers, the environment, and food security.

These mergers risk major monopoly outcomes that would further:

• Increase corporate control of agriculture
The three resulting companies could control around 70% of the world’s agro-chemicals and more than 60% of commercial seeds. Through dominant market share and sheer political power, they would unduly influence our agriculture and food system.

• Restrict farmers’ choices
Reduced competition and increased market dominance would further restrict the diversity of seeds, harm farmers’ freedom of choice and their rights to save their seeds, and increase their reliance on chemical inputs. These companies are moving to promote technology packages and management systems that increase farmer dependence. The three resulting giants would be able to strengthen their intellectual property control, squeeze out the remaining small seed companies, and raise prices for farmers – hurting rural economies and food businesses.

• Curb consumer choice
More market control would reduce Europeans’ food choices; and reduce the ability for farmers to meet consumer demand for diverse, healthy, cost-effective, quality food produced in an ecologically sound manner. Any costs passed on to the public could hit the most vulnerable hardest.

• Increase chemical use and harm the environment
Reduced diversity of farming, and greater dominance of monoculture farming highly reliant on chemical inputs including hazardous pesticides, would further harm the environment, biodiversity, and human health – including that of farmers and workers. We urgently need to increase crop and landscape diversity, also making our food system more resilient to climate change.

• Damage Europe’s food sovereignty
A growing movement of farmers, consumers and businesses are building new vibrant, fairer and greener food and farming systems. Corporate giants increasing their control over farming would endanger the future of these businesses and initiatives, and with it the diversified and multi-functional farms which are a cornerstone of the European style of farming.

• Harm countries in the Global South and the right to food
The impact on farmers, rural communities and consumers of concentrating power would impede the achievement of the Sustainable Development Goals, particularly goal 2, to “end hunger, achieve food security and improved nutrition and promote sustainable agriculture”. These impacts would be especially severe in the Global South, where the right to food is already under threat.

We urge the European Commission to reject the mergers, prevent the damage caused by these corporations, and urgently take steps to support just and sustainable food systems less dependent on agri-business, by:

– Considering the impact of all three proposed mergers together;

– Addressing the existing concentration in the food and farming sector and setting clear limits to the market share a corporation can control;

– Shifting support and subsidies away from agri-business towards rewarding and incentivising small-scale and sustainable agroecological farming;

– Increasing environmental and social safeguards to ensure agri-business reduces its impact on citizens, farmers, workers, and the environment.