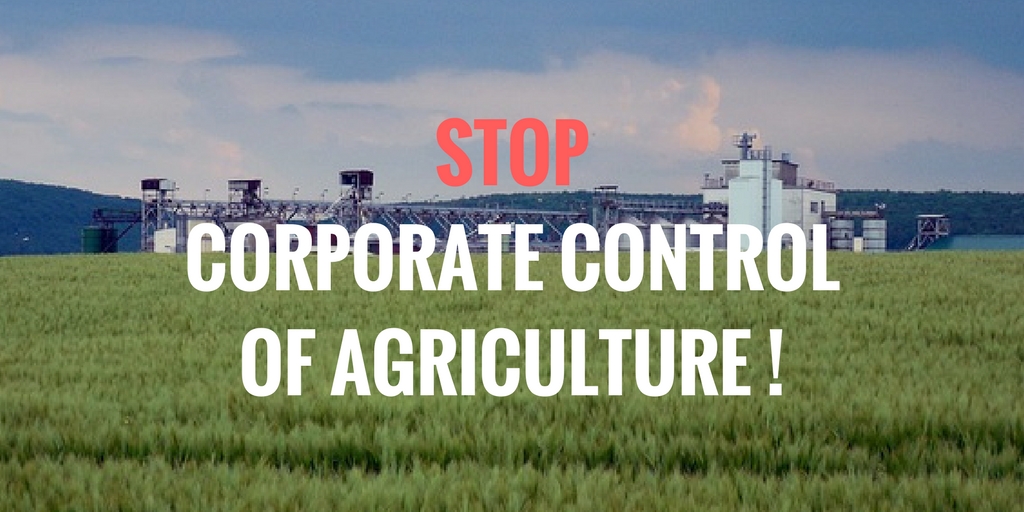 In the coming weeks, the EU Commission will be deciding if it will approve the mega-merger of multinational agribusiness corporations Bayer and Monsanto.

The Commission has already allowed two other agribusiness mergers to go forward, that of DuPont-Dow Chemical and Syngenta-ChemChina, setting a dangerous precedent for this third merger which will further concentrate power over our food supply. Allowing such mega-mergers to happen presents a serious threat to farmers, consumers, the environment and biodiversity, and shrinks the space for sustainable alternatives to flourish. Over 200 organizations, including CIDSE, recently sent an open letter to the European Commission to oppose these mergers.

Here are 5 reasons why this mega-merger needs to be stopped:

1. It will not feed the planet

It is often said that industrial agriculture is the solution to overcoming hunger in the world, and should be promoted in developing countries. In fact, the type of chemical-reliant agriculture put forward by agribusiness corporations like Bayer and Monsanto goes hand in hand with the cultivation of monocultures such as soy and palm oil, which encourages land grabs that deny small-scale farmers access to land to cultivate. It is these farmers who have the capacity to feed their communities, but a merger such as this one would give unprecedented power to a few corporations to influence policies and control our food supply, pushing out small-scale farmers and the domestic policies they need to support their local, healthy and diversified production.

2. Say goodbye to variety at the grocery store

If this merger goes forward, the use of chemicals and the reliance on external inputs that goes along with the production of monocultures will become increasingly prevalent, which will threaten the resilience and food sovereignty of communities. It would strip away the ability of communities and consumers to choose the foods they want to produce and eat. The move towards high-yielding genetically-modified crops that rely heavily on chemicals and pesticides has already substantially reduced biodiversity and this will only intensify if agribusinesses concentrate their power and monopolize the food chain.

3. Farmers will lose control over their seeds

Not only are these corporations patenting farmers’ seeds, they are benefitting from unjust trade rules. Experience has already shown that free trade agreements can give agribusinesses precedence over domestic authority if local laws are seen to interfere in their capacity to do business and make profit. Colombia is a case in point. When a trade agreement was signed with the US, Colombian farmers had their crops confiscated and burned after being told that they were in violation of the trade agreement for using “illegal” seeds. These seeds were ones that farmers had kept from the year’s previous crops, a tradition that contributes to biodiversity and resilience. With this merger, Bayer-Monsanto would control 60% of the world’s seed supply. This will strengthen their power over decision making at various levels, therefore further restricting farmers’ choices and increasing dependence on the technology packages offered by these companies.

4. It will become harder to enjoy nature

The mass use of toxic pesticides and chemical inputs are already a serious threat to bees, which pollinate our gardens and natural environment. The toxins from pesticides are finding their way into water sources, in the food chain of insect and birds and humans as well. By eliminating competition between Bayer and Monsanto, the two main producers of pesticides, there would be little incentive for the development of alternatives that are less damaging to the environment and our health. It will not only become harder to enjoy nature because many species will be at risk of disappearing, but our own health may make it harder as well.

Industrial agriculture is heavily reliant on fossil fuels and at a time when ambitious efforts are needed to reduce carbon emissions, a merger such as this one could be disastrous. It could contribute to rising temperatures and curb needed investments in sustainable solutions such as agroecology that will help to cool the planet and feed its population. Climate change will only foster more frequent droughts and unstable weather patterns, and the homogeneous and sterile seeds proposed by agribusinesses are not adapted to be resilient against these climatic disturbances.

If this merger – and the concentration of power over the food chain that it entails – is given the green light, it will lock us onto a dangerous path. CIDSE believes that agroecology and food sovereignty should be the main pillars of any policy that truly aims to tackle food insecurity, build resilience in the face of uncertainty and climate change, support food producers by ensuring their rights and increase biodiversity. Such mergers only serve to strengthen a model that is preventing us from building a better future, one where a climate collapse and food crises can be avoided. 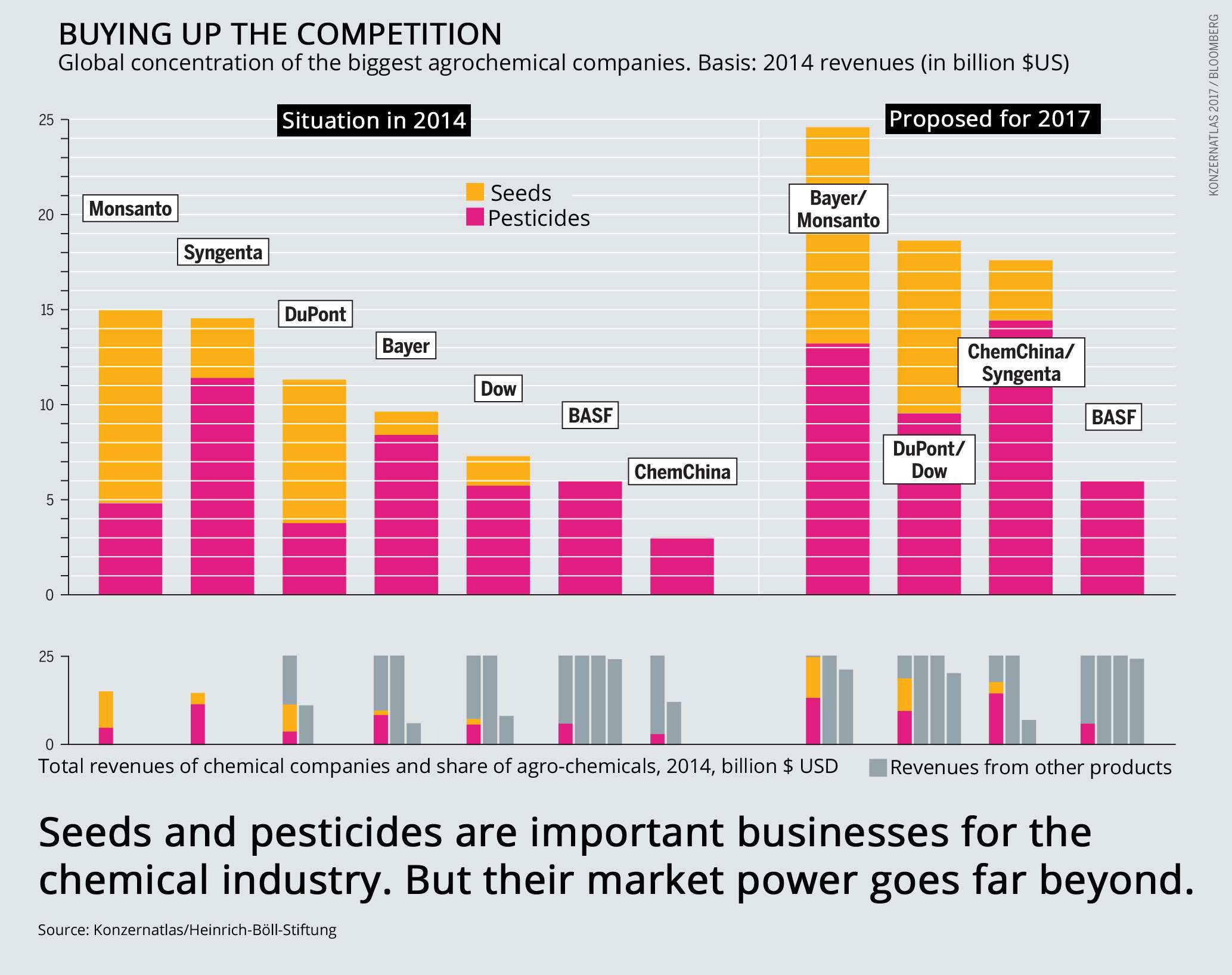 Credit: Friends of the Earth Europe