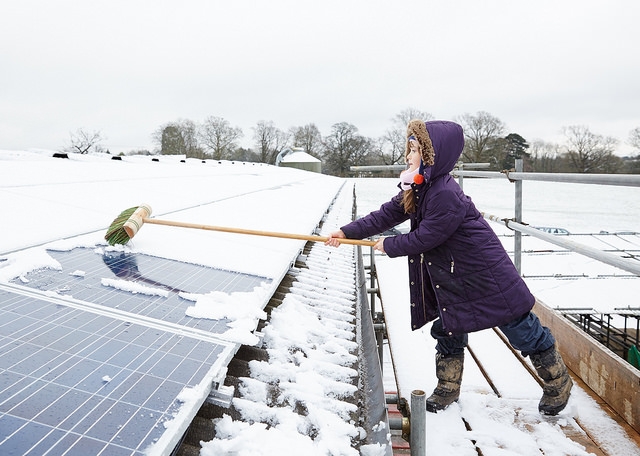 Transitioning to a low-carbon and sustainable economy based on accessible and affordable renewable energy for all is a key pillar to achieve the targets set by the Paris Agreement. The changes required in our societies and economies are profound, so how are we to ensure a just transition for all, where no one is left behind and planetary boundaries are respected?

At the heart of the Paris Agreement lies the target to keep the global temperature rise well below 2C while pursuing efforts to not exceed the 1.5C degrees threshold. This is what Fiji and Pacific islands reminded us all at COP23. “1.5C to stay alive”, as the slogan goes. It is paramount that all countries step up their promises to reduce their carbon emissions, taking into consideration different responsibilities and capabilities. The urgency to increase climate action can no longer be sidelined. It requires a change to the structural pillars of our current system that is inevitably dooming humanity towards catastrophic consequences.

Climate change cannot be tackled in isolation. The energy sector as a whole contributes to one-third of global greenhouse gas (GHG) emissions and it goes without saying that it needs a deep and radical transformation. But when we talk about transforming the energy sector, it does not necessarily mean simply stopping the use of fossil fuels and introducing renewable energy sources, instead it is a much more complex debate that must be addressed holistically from the very start. The way the energy sector is currently functioning is also keeping people in poverty due to its governance and financing structures, inherently breaching all fundamental human rights, from the right to food and water to access to electricity and clean cooking, and ultimately widening the gap of inequalities.

With this in mind, we held with Misereor, the Friedrich Ebert Stiftung, PAIRVI and Coastal Development Partnership a side-event at COP23 in Bonn to depict the challenges and opportunities of such just transition, by showcasing stories from those who are at the heart of the transformation needed, particularly workers and poor communities. As a result, we attempted to identify the essential ingredients of a just transition recipe that must be embedded in all climate actions.

Often in our policy work we fall into the trap of using buzzwords and end up distancing ourselves from their original meaning. I believe this is the case for just transition. What does it actually mean? As Rhoda Boateng, from the Africa office of the International Trade Union Confederation (ITUC) reminded us, “just transition essentially means to place the social dimension into the climate and environmental talks: that is to take on board the concerns of workers who are often times the most vulnerable, while we are moving towards a low carbon economy”. For instance workers should not be faced with the choice of either working or destroying the environment. Rather, a clear planning, setting up of guidelines backed by strong policies have to be created, and very importantly adequate public investments must be secured. All of this should be based on a thorough social dialogue that includes comprehensive compensation or social protection schemes for retiring workers as well as trainings in new sectors, as in the renewable energy.

Another key element I believe is that a just transition recipe must follow a different and critical pathway. Transformations are not innovative as such if they follow a business-as-usual approach. Very often initiatives lack a strong and prophetic vision, and this prevents the social transformation to happen. For Soumya Dutta, a long-standing climate justice activist in India, “the vision of the transition we seek is one where energy systems are decentralized, community owned and controlled, and that ensure universal access”. Today’s current energy systems are highly commodified and exclusive, mainly controlled by large corporations, but we have an opportunity to move towards fairer and just systems. We need to keep challenging policy-makers who are highly influenced by corporate interests, and as reiterated by Soumya, we must give space to community-led alternatives to prosper and duplicate in an equitable manner.

Yet as in all recipes, there are ingredients that are essential and problematic at the same time, and for the just transition case it is public finance. I felt anger when listening to S. Jahangir Hasan Masum, from Coastal Development Partnership, who explained that in Bangladesh and generally in Asia, large investments are still in place for many coal-fired power plants, supplied by countries like China, Indonesia and Japan and that money is flowing through the so-called “south-south cooperation”. If we really want to be serious about protecting the most vulnerable communities from climate change impacts governments and multilateral development banks must ensure a just and public finance that is focused on the outcomes, on equity and transparency principles and not on mere accounting rules.

Although it is evident that decarbonisation is vital, governments in developing countries are justifying their actions behind the right to development. Isn’t yet the right to clear air and health also part of sustainable development? Gerry Arances from the Centre for Energy, Ecology and Development in the Philippines, explained the paradox: when a country has 25000 gigawatts renewable energy potential but that in 2016 emitted 40.93 million of tonnes of CO2 emissions from coal consumption, it’s clear that the government isn’t responding to the needs of the people. “We don’t know what will happen if the 1.5C temperature threshold is breached, hence it is a matter of life and death and just transition shouldn’t be a vision alone, but an urgent response to act on climate”.

After all, the just transition recipe isn’t easy, but if all the right ingredients are included, mixed and blended evenly, I am confident that the result can be a truly transformative one. One that can conceive an energy system that increases access and reduces costs, that is in tune with people’s interest and development needs and that recognizes ecological limits. As civil society actors, we must ensure that such just transition is multidimensional, holistic and local, driven by principles of solidarity, social justice and sustainability. Only through a co-creative and inclusive process we can design an economy where the planet and people come first. 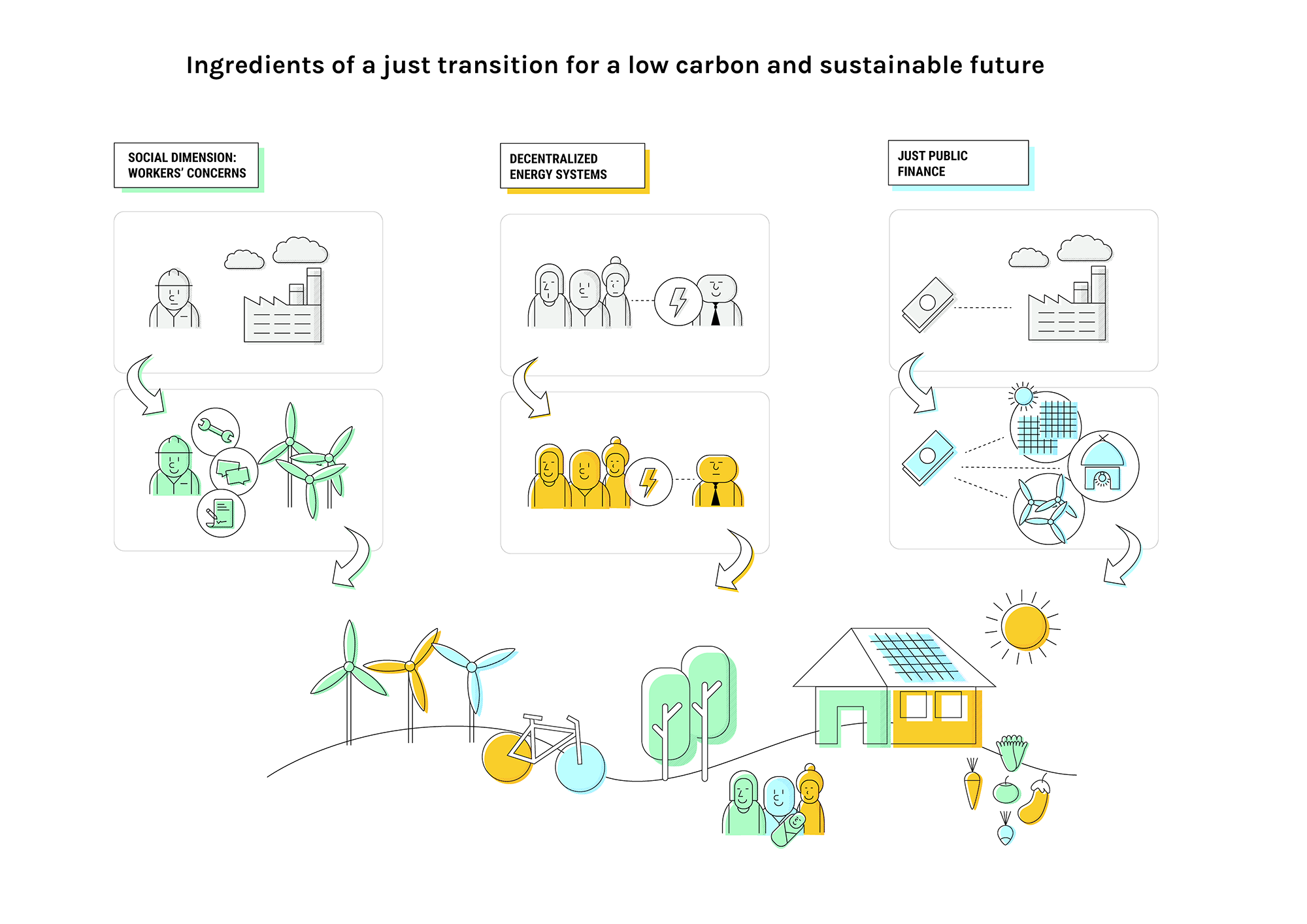