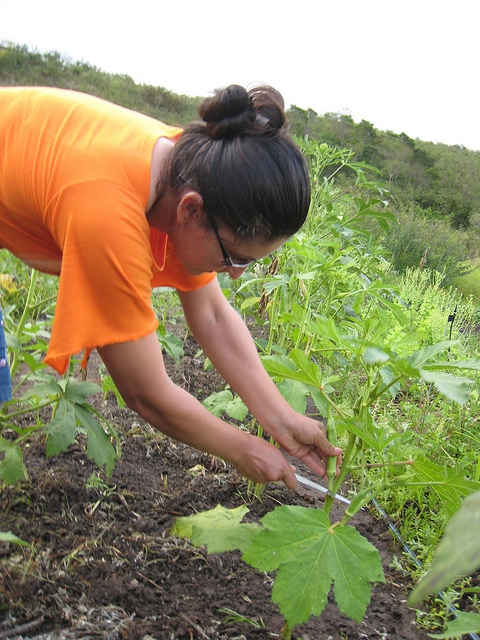 In every part of the world, women working on the land, in fisheries and picking crops have always been part of food production, rearing animals, processing crops in local markets and in protecting water sources and forests. In addition to those in front-line production, women in Non-Governmental Organizations, agricultural advisory services, teaching and public service are focusing on today’s problems and looking for alternatives to meet the challenges of making a decent living fairly and sustainably in rural areas and on our planet.

However, women’s involvement in politics is not always recognized or encouraged. Due to the macho, patriarchal structure of the society we live in, women are restricted to very specific areas, usually related to their roles as mothers and carers. Despite their experience, capabilities and determination in trying to change farming practices, for example, women face a series of obstacles to being heard and taking part in social movements.

Very often, they cannot represent their groups in shared-learning meetings, on courses or seminars because they have no one to look after the children at home. But if men have to go away, women are called on to replace them. In other cases, the difficulties are emotional – their husbands or partners face criticism in the community if their wives have freedom and independence – reinforcing the idea that they should be submissive to men for the sake of family harmony. Domestic violence is another obstacle for women in rural areas – very often their financial and social rights go unrecognized and thus, being the poorest of the poor, they are vulnerable in their personal relations, having to accept conditions imposed by their husbands out of fear of being unable to guarantee their own and their children’s survival.

Women in rural areas experience first-hand the violence exercised by big companies who ride rough-shod over the rights of traditional communities and steal their land, contaminate the water and appropriate natural resources and persecute and kill their leaders. They violate women’s dignity as a way of showing their domination. They equate their bodies to conquered territories.

There are countless examples of women’s organizations across the world standing up and acting to change this situation. In Latin America we have the example of the Mothers of Ituzaingó, fighting against poisons in Argentina. The Lenca women of Honduras opposing multinationals privatizing rivers and building dams; one of them, Berta Cáceres, was murdered in 2016. Women are fighting against green deserts (eucalyptus and conifer plantations) and against the setting up of paper mills in the southern cone (Brazil, Uruguay, Argentina and Bolivia). Paraguayan women farmers are fighting against genetically modified soya and defending their own seed. Mujeres por la Vida [Women for Life] in Yasuní, Ecuador, are indigenous women from different ethnic groups fighting together against the destruction of the jungle by oil companies. People of African descent are fighting against the loss of their land and the marginalization of their communities, like the quilombolas in Brazil. The women of the Palenques in Colombia, Panama and Venezuela, the Garífunas in Belize, the indigenous women in Putomayo, Colombia, and in many other parts of the continent are fighting against infrastructure projects (the Initiative for the Integration of the Regional Infrastructure of South America, IIRSA) that are trying to ignore sacred lands to open the way for mining companies to invade. Rural women from various countries, such as Colombia, Guatemala and many others, are suffering the consequences of war. Women are banding together in Brazil, Mexico and the whole of Central America, to denounce sexual violence

Many of these organizations support agroecology as a model for production and life that can help humanity reconnect more harmoniously with nature. They believe that this model is based in rural, grass-roots feminism that lets everyone, man or woman, young or old – from the countryside, town, forest or by the water – to live in dignity, with work, health, justice and peace.

Agroecology is defined as a combination of science, agricultural practice and social movements that is aimed at radically redirecting agri-food systems towards fairer socio-economic systems that are also sustainable environmentally. This often involves rediscovering and validating farming (and social organizational) practices that people had been using for hundreds of years but which were dropped because of the requirement for intensive production imposed by an economic system focused on the market and based on the endless drive for profit.

One of the elements of feminism in agroecology is to show that women are protagonists in experiments in organic production and that their contribution needs to be recognized. But it is not just their work but also their knowledge, experience, ideas and proposals for change need recognition. Their rights have to be respected – as regards land, income, technical support, information and marketing their produce; as well as their right to a decent life with health care, education, peace and the chance to dream of a better future.

The feminist perspective lets us see women as protagonists and respects them as individuals and fights for their independence. On the other hand, it shows us the importance, including the financial importance, to society as a whole of activities carried out by women. For example, there would be no production were it not for work in the home. What women farmers produce from their fields and areas around the home and in orchards and maintaining small livestock does not just support families’ subsistence but also contributes to local markets, neighbourly relations, the maintenance of food culture and biodiversity. It is not “large-scale production” feeding all of humanity but family farming produce, of which women are an integral part.