An action to symbolize corporate privilege – CIDSE
Skip to content 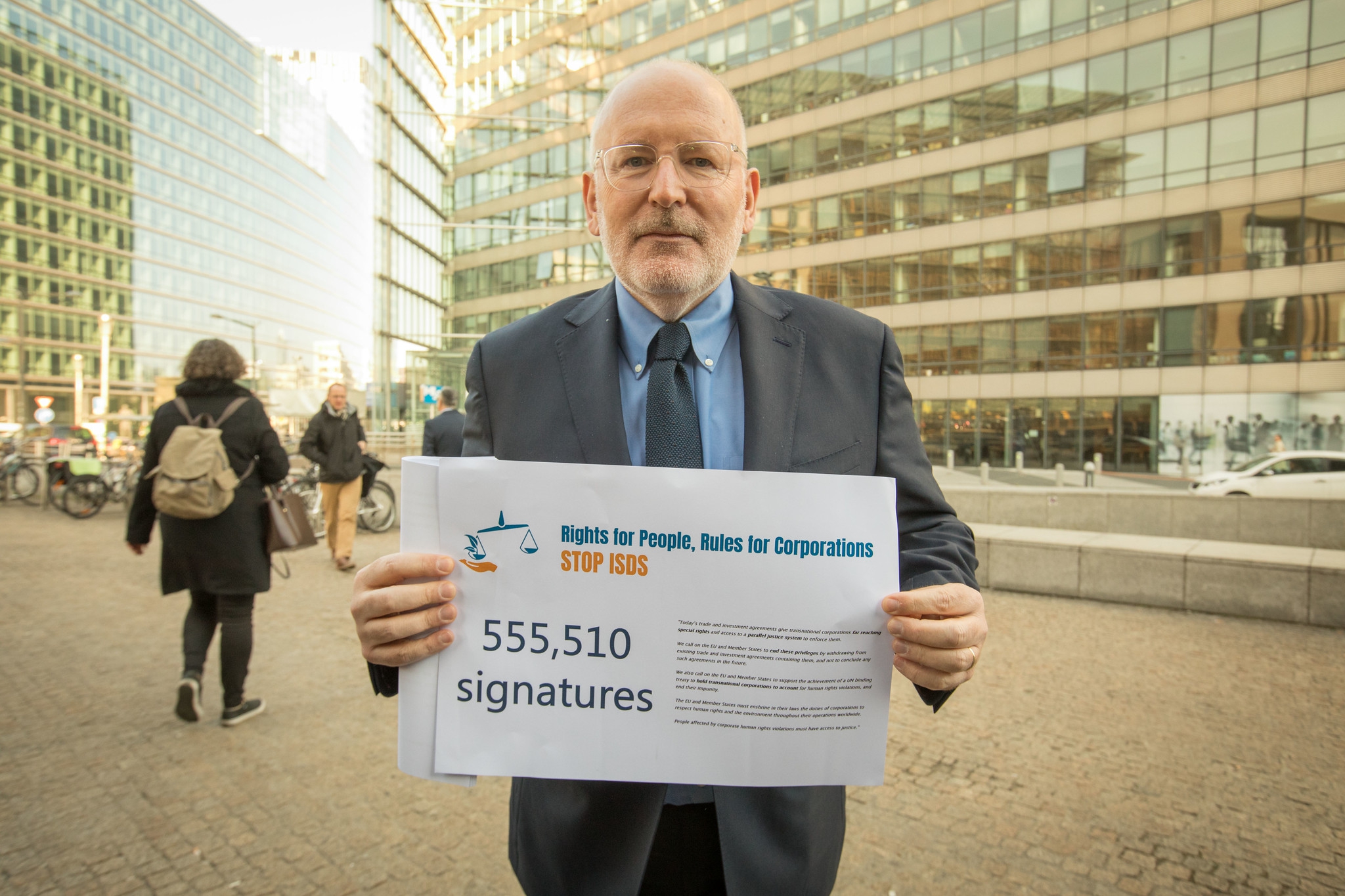 While victims of human rights violations face many barriers when seeking justice from corporations, corporations get a red carpet to sue governments that try regulate them, thanks to a legal mechanism called Investor State Dispute Settlement (ISDS). The Stop ISDS campaign conducted an action in front of the EU before handing a petition against ISDS with 500,000 signatures from European citizens over to the First Vice-President of the European Commission Frans Timmermans.

Investor State Dispute Settlement (ISDS) clauses, found within a range of trade and investment agreements, enable multinational companies to sue states via secretive international tribunals if governments take actions which impede profits. The campaign “Stop ISDS” took off at a record pace in January, gathering 100,000 signatures on the first day.

To symbolize the current injustice of this legal system, the allies of the Stop ISDS campaign, including CIDSE, staged an action outside the European Commission. Activists dressed like lobbyists and average citizens held a ‘race’ to a giant statue of lady justice. The lobbyists rode electric scooters across a clean red carpet, while on a faded red carpet the average citizens with their hands and feet tied tried to hop over obstacles to get to the finish line.

Following the action, the activists met Timmermans outside of the European commission building to hand him the first half a million signatures from European citizens that have signed the petition calling for the EU to stop ISDS.

The petition demands for the EU to halt their plans to scale-up ISDS by creating a permanent global court, an Investment Court System, where corporations can sue states. The EU and member state governments want to do this by inserting it into new trade agreements. These new agreements must be opposed, and existing ones must end. Timmermans answered “you can count on me.”

The petition was purposefully delivered the day before the voting on a decision by the European Court of Justice on the legality of CETA considering the ICS and the legal merits of investor-state dispute settlement (ISDS) provision. Unfortunately, the ECJ ruled that the ICS is compatible with EU law.