From Durban to Doha, for climate justice – CIDSE
Skip to content 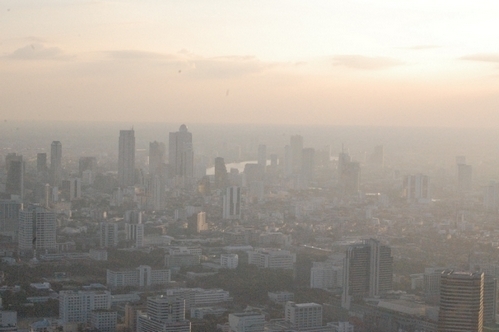 As the UN climate negotiations resume in Bangkok this week, in preparation of the Doha summit later this year, the question is where the June Rio+20 conference on sustainable development has left us on climate change?

After the near failure of the Durban climate summit at the end of 2011, more ambition was needed at the UN conference on sustainable development, last June in Rio de Janeiro. Especially increasing levels of CO2 emissions, the assessments of the gigatonne gap of emissions between the current political commitments and the science-based needs to avoid the worst climate scenarios, as well as the latest findings of the IPCC on the links between climate change and extreme events and disasters, demanded urgent attention.

The Rio+20 conference was the occasion to agree on binding commitments towards low carbon development, based on energy efficiency, renewable energy and clean and safe energy, as well as to acknowledge the failure to meet climate commitments and to push for more ambitious ones. It was also a time to support the development of models that are not only green but fair, by recognizing the finiteness of natural resources, by reorienting wasteful consumption patterns towards sustainable ones, and by removing harmful subsidies such as those on fossil fuels.

Decision makers were expected to move away from unsustainable paths and to support the sustainable solutions that are needed most urgently. They failed to do so. The outcome document is pretty weak, understating the importance of several issues, and with very few decisions on the table.

As far as climate change is concerned, the outcome document only acknowledges that climate change is an unprecedented challenge and a matter of concern, which is almost an affront to those who are already experiencing its impacts. The Rio parties ended up calling on the United Nations Framework Convention on Climate Change (UNFCCC) and the parties to the Kyoto Protocol to “fully implement their commitments”. But this is not enough. These commitments put us on a +3°C temperature rise, when we know that for some countries the survival threshold is a 1,5°C increase. What is needed for the most vulnerable is more ambition and greater urgency in taking action. Rio+20 didn’t deliver this ambition.

Rio+20 did deliver a few elements to build on, however, such as the acknowledgment that adaptation measures are an urgency, the recognition of the need for climate finance for adaptation and mitigation actions in developing countries, and the identification of innovative financing mechanisms as one of the promising sources of climate finance.

Starting here at the UNFCCC intersessional meeting in Bangkok, CIDSE will try to make sure that these infant steps are being followed by stronger commitments in the UNFCCC, because there is no time for any further failed climate summits.

The Doha summit, which starts at the end of November, needs to result in a second commitment period of the Kyoto Protocol, where environmental integrity is safeguarded and ambition is raised. To close the emissions gap, it needs to see increased ambition from all parties, and leadership from developed countries. It needs to provide a clear work programme to reach a global climate agreement, as envisaged last year in Durban. Finally, Doha needs to urgently deliver money for climate action and for the Green Climate Fund to avoid a finance gap after 2012, as so called ‘Fast Start Finance’ comes to an end. Bangkok must be a constructive step towards making this happen in Doha.