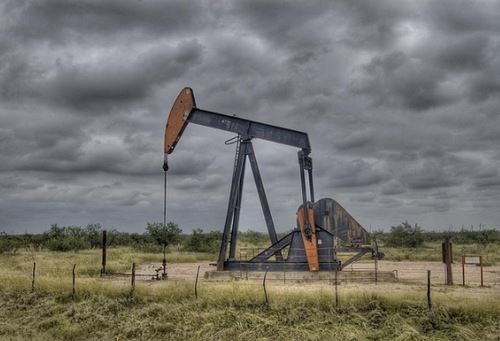 CAFOD’s Anne Lindsay about what Europe can make of the US rules on extractive industry reporting.

In July 2010 the huge Dodd-Frank Consumer and Protection Act became law in the US. On Wednesday 22 August 2012 the Securities and Exchange Commission finally voted to adopt the rules for implementing Section 1504 of the Act.

Amazingly it has taken two years for the rules to come out on how Section 1504 – which requires country-by-country and project-by-project reporting by extractive companies – should be implemented, not least because of hefty industry lobbying stateside.

In the meantime however the European Union has been busy developing its own proposals for similar reporting requirements for oil, gas and mining companies listed on European stock exchanges and very large private extractive companies based in the EU.

Not surprisingly there have been quite a few glances across the pond to see what was happening with the Dodd-Frank provisions.  Nor has the traffic been only one-way. No doubt the SEC was encouraged to see that other governments have recognised the need for mandatory reporting to reduce the risk of corruption in the oil, mining and gas industries and increase the information available to citizens about who is profiting from their natural resources.

Time certainly hasn’t stood still in the resource-rich countries where CAFOD’s partner organisations work – such as the Democratic Republic of Congo, Peru, Colombia, Zambia, Uganda and now Mozambique. In fact communities report that pressure to grant licences and concessions and to explore and exploit non-renewable minerals has continued apace.

It will take awhile to sift through the 200+ page SEC document but for interested observers here in the UK and other EU member states the arguments that the SEC gives and the position that it has taken are very telling. Despite the delay, these rules represent a significant breakthrough for poor people in countries rich in oil, gas and minerals. The rules specifically recognise that citizens need to know about payments that companies make for each country and each project. What is more, many of the arguments that industry lobbyists are still pedalling in the UK and Brussels have been examined by the SEC and found wanting.

The SEC rules are clear that there should be no reporting exemptions of any kind, and that disclosure applies to all payments over US $100,000.  The SEC also gave clear guidance on the definition of project. The rules are clear that project is not the same as reporting unit or geographical basin or indeed country.  In fact the commentary implies that industry lobbying has possibly been muddying the waters.  The Commissioners state that actually they ‘believe “project” is a commonly used term whose meaning is generally understood by resource extraction issuers and investors. In this regard, we note that resource extraction issuers routinely enter into contractual arrangements with governments for the purpose of commercial development and therefore, we believe it generally provides a basis for determining the payments, and required payment disclosure, that would be associated with a particular “project.”’

So far the industry response to the rules seems out of step with where the debate is now.  For instance, in its response to the SEC rules the American Petroleum Institute (API) industry association of oil and gas companies frets about the threat to American business and jobs of unilateral action and is touting the Extractive Industries Transparency Initiative as the alternative to all of “this potential harm and sacrifice.” Strangely there is no mention at all of the fact that the EU is already close to agreeing its own legal requirements for reporting by extractive companies.  Or that many of the key players within the EITI see mandatory reporting requirements as overdue to complement an initiative which has already been running for eight years.

We should now be putting energy and efforts into delivering a genuine international standard for the extractives industry instead of wasting more time rehearsing the same tired arguments.

The best way to do this is to build on the SEC rules with strong EU legislation as soon as possible and then encourage other governments, such as Canada, Brazil and Australia to follow suit.  In Europe politicians can take heart from the breakthrough in the US.  It’s time to ignore pressure to water down the legislation and instead address the potential loopholes that could undermine its effectiveness.  In crafting the final directives, MEPs and EU Member States should re-consider the proposed EU threshold for reporting payments which is too high and risks gutting the final legislation.  Building on Dodd-Frank, EU law-makers should now pass directives which include meaningful project level disclosure and do not allow any exemptions.

From CAFOD’s perspective, a lot of people have already been waiting for a long time to find out who is benefiting from exploitation of their finite natural resources.  During the last ten years of wrangling over transparency for the oil, gas and mining industry, extraction of copper, gold, oil and natural gas in some of the poorest countries in the world has not been put on hold.  Citizens around the world are looking to Europe now to set the standard for transparency.  The final EU reporting requirements need to show us all that they were worth the wait.

Anne Lindsay is Lead Analyst on the Private Sector at CAFOD, CIDSE’s member organisation in England and Wales.