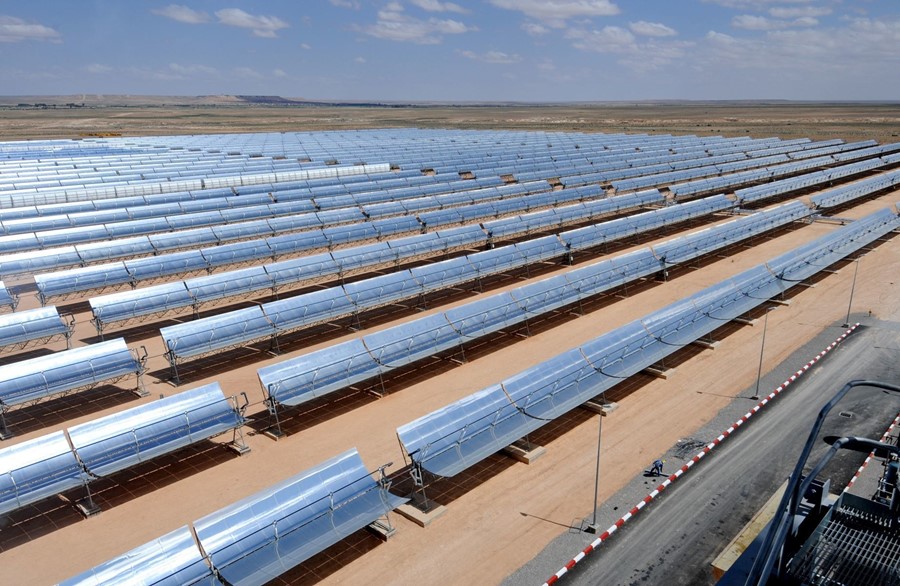 In the Middle East and North Africa (MENA), climate change is not a theoretical, distant problem. Instead, many changes predicted by international climate models are already being experienced in our region, with dire consequences for our livelihoods. For us, cutting greenhouse gas emissions through the deployment of renewable energy and energy savings is not a matter of compromising our lifestyle; it is a matter of survival. Along with other countries, which build their prosperity model on fossil fuels, Europe is responsible for the impacts of climate change in our region – historically, legally, and morally – and has an obligation to act.

Today, MENA countries have policies that could lead to 107 GW of installed renewable power capacity by 2030. As a result, some of the world’s largest energy players, including national and international oil and gas companies, have already entered the region’s solar market to diversify their portfolios and capitalize on our abundant renewable energy resources. European promises to “promote cooperation on renewable energy” within the framework of the Mediterranean Solar Plan (MSP) and Article 9 of the European Renewable Energy Directive 2009/28/EC have strengthened the commitment of many Southern Mediterranean countries to not only scale-up the deployment of renewable energies but to pursue the prospects of exporting and exchanging green electricity with EU member states. Even more recently, such promises were repeated in the renewed European Neighbourhood Policy (ENP) communication of May 2011, emphasizing that cooperation with the Southern European neighbourhood could lead to “establishing a complementary EU-Southern Mediterranean Energy Community”.

Although the EU has inspired our energy and climate policies in the past, it appears to now have relinquished its leadership role in the current proposal for its 2030 climate and energy package. This package severely breaks with its 2020 precursor and lacks the initiative to drive transformational change in the EU, the MENA region, or indeed anywhere else in the world. Against this background, we worry that a weak European climate and energy package could shelve the option of trans-Mediterranean energy cooperation and in particular the prospects of electricity exchange with the Southern European neighbourhood. Without a real driver to accelerate the decarbonisation of the EU’s economy until 2030, there would be little motivation in the Southern Mediterranean to further hold on to the idea of direct or indirect green electricity exports to Europe within the trans-Mediterranean framework of the MSP. This could impede the financing of renewable energy and its multiple socioeconomic benefits for many North African countries. It would also remove opportunities for increased reliability stemming from systems integration, and could delay the deployment of renewable energy across the whole MENA region. More significantly, the Commission’s proposal could damage the EU’s reputation and lead to scepticism and distrust in the Southern Mediterranean about the future prospects for a truly integrated EU-MENA energy market. In fact, if the EU does not move forward with a strong commitment in its climate and energy policy which can secure a system of trust and co-ownership with its Southern Mediterranean neighbourhood, it will lose its prominent voice that could encourage the political leaders of our region to agree on an ambitious post-2020 climate regime at the 2015 UN climate summit in Paris.

As representatives of 22 NGOs from 9 MENA countries we are deeply concerned by the European Commission’s proposal for the 2030 framework of EU climate and energy policies, published on the 22nd of January. Without binding and ambitious national targets
for renewable energy deployment and energy savings and with only a weak climate target, the proposal fails to demonstrate Europe’s commitment to decarbonise its economy by 2050 and regain its climate leadership role. Even though the road towards a low-carbon economy remains challenging, the political will exists in the Southern Mediterranean countries to help our European neighbours in achieving cost effective and ambitious 2030 climate and energy targets. By using the joint cooperation mechanism under the framework of the European Renewable Energy Directive 2009/28/EC and the MSP, direct or indirect green electricity imports from the Southern Mediterranean to Europe could be counted toward EU targets not only in the long-term but well before 2030. This could on the one hand allow the European climate and energy package for 2030 to establish more ambitious targets. On the other hand such a trans-Mediterranean energy partnership could contribute to the EU’s energy security, in terms of security of supply, system stability and by securing substantial cost reductions by 2030. With the UN climate summit in Paris less than 2 years away, we call on the EU to send a strong signal and increase its ambition beyond the lowest common denominator approach recently presented in the Commission White Paper. The EU can demonstrate to the international community its credibility and willingness to play a leading role at the climate summit only by backing progressive and legally binding 2030 climate and energy targets. The European Council on March 20-21 2014 is the date for the EU to do so. To reflect scientific consensus and meet climate equity challenges, we urge the EU leaders participating at the European Summit on March 20-21 to strengthen the vote of the European Parliament on the 5th of February and boost the Commission’s proposals with four concrete and binding commitments: