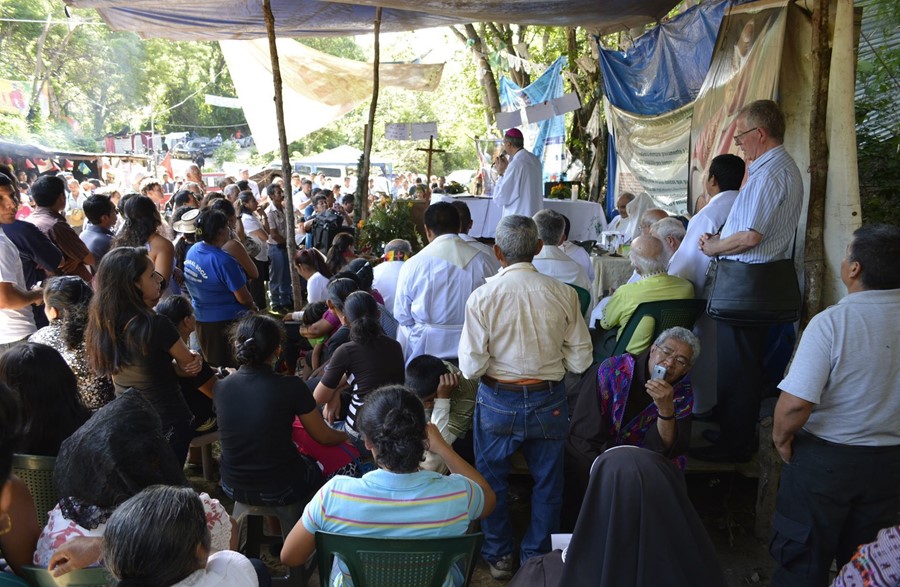 A delegation of four European bishops visiting Guatemala have heard testimonies of police violence against a peaceful protest camp, evicted in May 2014. The bishops visited Guatemala to support and to give testimony to the local work against poverty and in favour of peace and reconciliation.

Report of the visit available here.

The first point on the tour itinerary was a mine site, La Puya, where residents of San José del Golfo and San Pedro Ayampuc have been resisting the operation of the ‘El Tambor’ mine since 2011, including a 2-year peaceful blockade. They say the mine will cause irreparable damage to their communities by polluting air and water and poses a threat to the livelihoods of the local communities. The mining project is led by Exmingua, Extracciones Mineras de Guatemala, a subsidiary of Kappes, Cassiday & Associates, USA. 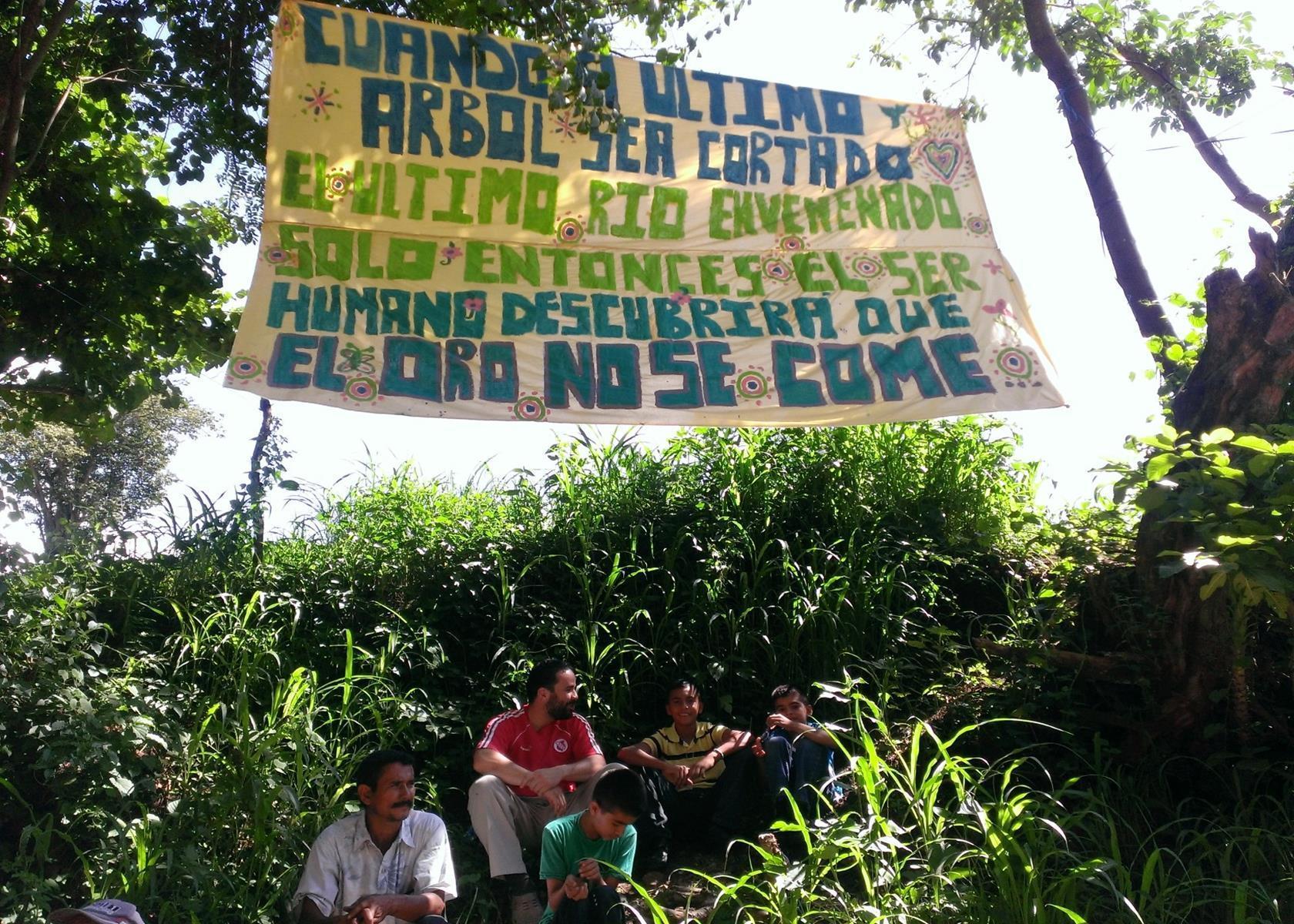 “The protesters at La Puya are just ordinary people and they deserve to be heard, not just their immediate demands but also their long term vision for the development of the community,” said Mgr. Juan Antonio Aznarez Cobo after the visit.

The delegation celebrated Mass at San José del Golfo, one of the communities resisting the mine. After meeting local activists, Fr. Hughes said, “the situation in La Puya typifies what is happening across Latin America in terms of popular resistance to extractive projects. The testimonies of the community leader and the participation of the local community demonstrates how seriously they take this struggle. They have a very balanced social analysis and way of expressing their struggle.”

The tour is the second of its kind organised by CIDSE and European Catholic development agencies to Guatemala. Like the previous tour, in 2005, the target is to bring forward church testimony and support particularly in a context of serious threats against human rights defenders for their rights and territory.

“You could feel the tension between the community and the large numbers of police. But there was also a great sense of solidarity among the people there as well as priests and people who came from neighbouring parishes. It was a moment in which we all could see, hear and live the struggle of La Puya,” said Mgr. Connolly as the delegation left La Puya.

The tour, having started on June 22, continued for the duration of the week, until June 27, visiting Santa Cruz del Quiché and Alta Verapaz, two other locations where human rights defenders are under threat.

Genaro Seoane, working with CIDSE’s Spanish member organisation Manos Unidas, said, “The public in Europe have almost no idea of what is happening in La Puya. CIDSE can act as a trustworthy interlocutor in bringing their cause to the people of Europe and beyond.” 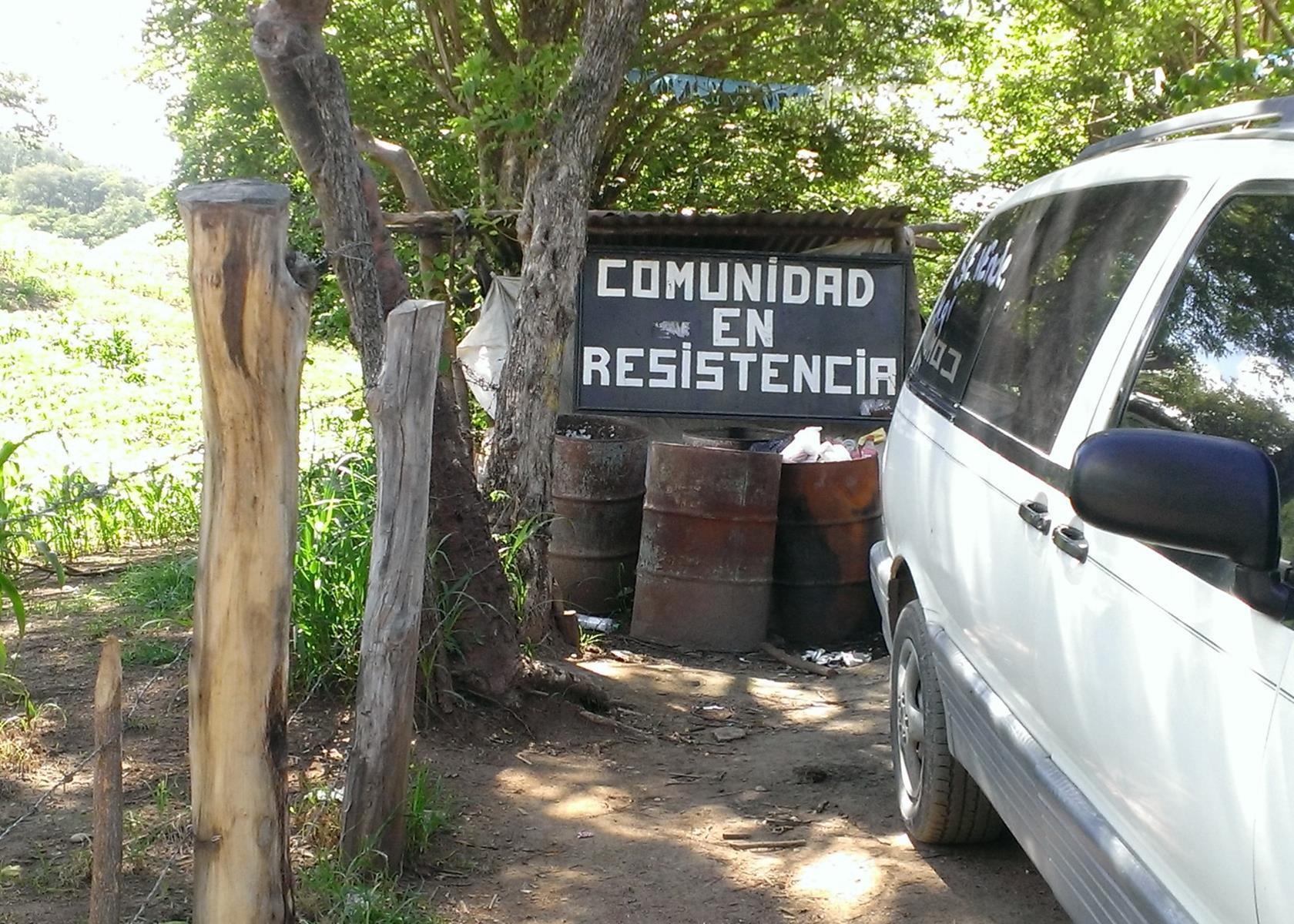 Human rights defenders are not only under threat in Guatemala. As the Bishops’ tour proceeds, a vote on how the human rights responsibilities of transnational corporations should be supervised is approaching at the United Nations Human Rights Council in Geneva, Switzerland. CIDSE Secretary General Bernd Nilles said, “I was impressed by the strong messages from the community about protecting the environment and their broader vision for the life of their community. Their struggle is not just about their immediate needs but about the future of their environment and questioning the sustainability of this model of development. We call upon the governments at the UNHRC to agree to develop a treaty that would effectively protect communities and human rights defenders. This would help also the affected communities we have visited here in Guatemala.”