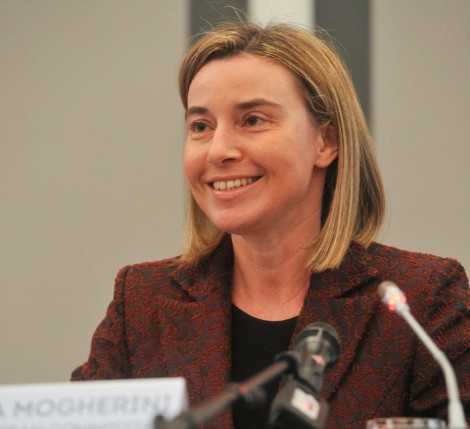 Brussels, 20 May 2015; On 10 and 11 June 2015, Brussels will host the Second Summit of Heads of State and Government of the European Union and Latin America and the Caribbean; a high-level meeting which will bring together 61 political leaders. Looking ahead to this meeting, civil society organisations from the two regions, led by CONCORD and the Latin American Mesa de Articulación networks, have issued a public statement today. This press release is available in EN/ES/FR.

The document has been sent to the EU High Representative for Foreign Affairs, Federica Mogherini, and the European Commissioner for International Cooperation and Development, Neven Mimica, among other leaders, and includes a series of concrete proposals for socio-economic equality, environmental sustainability, human rights and citizen participation. The statement makes it clear that for civil society, human rights must take precedence over commercial interests in EU-CELAC bilateral relations.

The EU networks ACT Alliance EU, Alianza por la Solidaridad, CIDSE, Cifca, Oidhaco and Grupo Sur, representing more than 100 organisations, have signed the statement which affirms that the current relations between the two regions are mainly based on an unequal relationship in which natural resources are being aggressively extracted by European companies in Latin America without taking into account the impacts of this on human rights and development.

“This economic model has a negative impact on the environment and on access to land and food sovereignty for Latin American people”, the undersigned organisations state. They also send out a reminder that “it is urgent to push for processes for the control and transparency of companies, to ensure that they implement prior consultation and due diligence”.

The EU plays a crucial role in Latin America, and is its third largest trading partner, however “the Free Trade Agreements (FTAs) have favoured the interests of transnational corporations at the expense of human rights”, says the statement. For this reason the signatory networks insist that these bi-regional relations should not only be based on free trade and the protection of European investments.

The proposals contained in the statement, include the creation of a binding instrument to regulate the activities of transnational corporations to ensure that they apply the same standards of respect for human rights within and outside of the EU borders.

The EU has already signed trade agreements with Chile, Mexico and six countries in Central America and an FTA with Colombia and Peru. At the moment the EU is negotiating the addition of Ecuador to the latter treaty and has accelerated negotiations with Cuba.

Currently in many Latin American countries social protest can cost lives. Local populations in Latin America are not in agreement with many large European projects, and as a result there has been a sharp increase in the tendency to persecute, stigmatise and criminalise social protest activities. “Defending human rights in Latin America is increasingly dangerous, in Colombia alone killings rose from 32 in 2010 to 78 in 2013 and in Guatemala, during the same year, 657 cases of assault were recorded”, the undersigned organizations emphasise. The EU must not turn a blind eye to this serious violation of human rights.

“Civil society in both regions should be taken into account when making decisions that affect people’s future”,” say the networks. Indeed, the declaration also stresses the need to include mechanisms for evaluating the impact of bi-regional policies and to ensure that the public is consulted and can actively participate. “Financial support, accessible information and transparency are essential to ensure the effective participation of organisations”, they conclude.

The organizations signing the statement hope that their messages will be taken into account and ask the leaders from the two regions to adhere to the summit’s theme: “Shaping our common future: working for prosperous, cohesive and sustainable societies for our citizens”.