Inspiration from Montreal to Rome – CIDSE
Skip to content 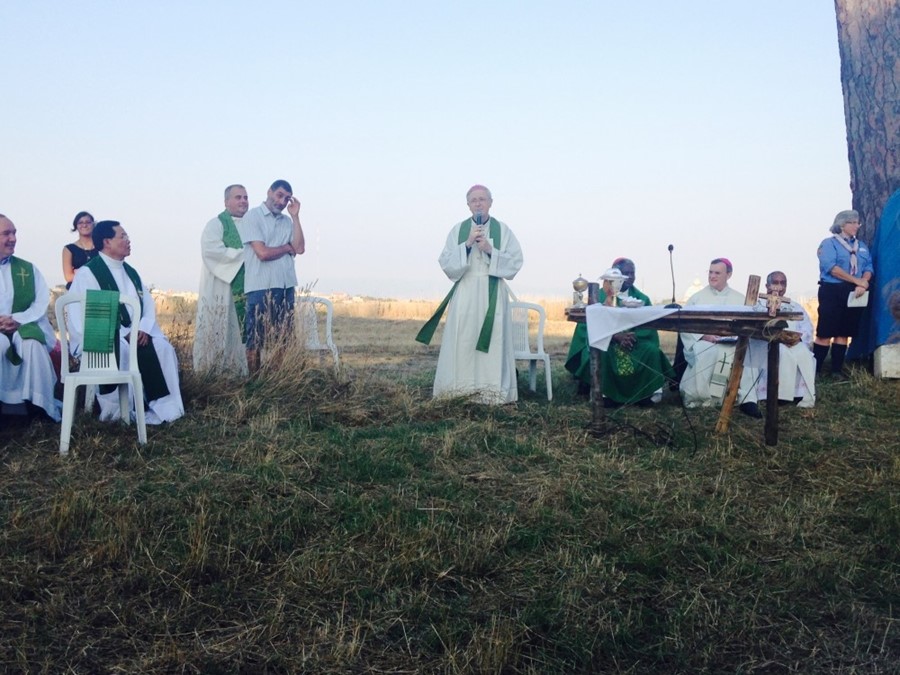 I have just come back from the gathering organized jointly by CIDSE, a coalition of Catholic agencies, to which Development and Peace belongs, and the Pontifical Council for Justice and Peace, in Rome, to celebrate the launch of the new Encyclical “Laudato Si” (Be Praised) and to share our first impressions, emotions, and plans to ensure the greatest possible dissemination and implementation of this document, which many have described as revolutionary.

The day before the CIDSE Conference, I attended the press conference, where Naomi Klein, Canadian journalist, author, and environmentalist, testified to the power and strength of the message that Pope Francis has sent out to the whole world. Nearly 200 people were gathered for the two days of meetings, including an impressive variety of participants coming not only from across the Catholic community, but also scientists and activists from the climate movement, some people of the Muslim, Jewish, and Protestant faith, and even atheists. No matter their personal beliefs, all those in attendance affirmed that the Encyclical changes everything (to coin a phrase), raises the bar, and sets out a clear course for what we need to do to engage in a true ecological conversion and save this Earth, which is our common home. Many people said that the Holy Father’s Encyclical is the most courageous and bold policy document on the environment to date.

The President of Tuvalu, the fourth smallest country in the world, located in the middle of the Pacific Ocean, came to speak of his fears for a nation threatened by extinction in the face of the climate crisis, and the injustice of the ecological debt that wealthy nations don’t seem to recognize towards the more vulnerable countries. At the same time, he committed to moving his country towards 100% renewable sources of energy by 2020. Moema de Miranda, of IBASE in Brazil, spoke with passion and emotion about how social movements that dare to question the current way of living are being criminalized. Referring to the Encyclical, where it is said that the cry of the poor joins in the cry of the Earth, she reminded us that Nature is acting like a mother defending her children from being abused and threatened.

Together, we also celebrated an outdoor mass, presided by Cardinal Turkson, President of the Pontifical Council for Justice and Peace, in a park located in a troubled neighbourhood of Rome. This brought home, in very concrete terms, the concept of integral ecology (human beings’ social, cultural, political, ecological, and economic environment are all interconnected). We prayed for reconciliation in this place of hurt, where both people and nature were suffering.

Obviously, I cannot tell you everything in such a short message, but I did want to share something of what I felt, because I couldn’t keep it just to myself! I will end with the poem Postcscript by Seamus Heaney, which was quoted by Mary Robinson, former President of Ireland and now Special Envoy of the United Nations on Climate Change. It speaks to our awe before the abundance and generosity of Creation.

And some time make the time to drive out west
Into County Clare, along the Flaggy Shore,
In September or October, when the wind
And the light are working off each other
So that the ocean on one side is wild
With foam and glitter, and inland among stones
The surface of a slate-grey lake is lit
By the earthed lightening of flock of swans,
Their feathers roughed and ruffling, white on white,
Their fully-grown headstrong-looking heads
Tucked or cresting or busy underwater.
Useless to think you’ll park or capture it
More thoroughly. You are neither here nor there,
A hurry through which known and strange things pass
As big soft buffetings come at the car sideways
And catch the heart off guard and blow it open

In conclusion, I also strongly encourage you to read the Encyclical. As many of our friends and partners have said, it is so close to our own way of seeing things that it could have been written by us.