Dear European Union, you are almost there.. – CIDSE
Skip to content

Together with the Publish What You Pay coalition, Friends of the Earth Europe and other NGOs, CIDSE launched a Europe-wide advert in the Financial Times calling on the European Union to seize a historic opportunity to pass European transparency laws for oil, gas, mining and logging companies.

The laws would ensure that citizens and investors are able to benefit from greater transparency in natural resource deals struck between companies and governments around the world.

The advert was written as a ‘Letter to Europe’ and urges key European decision makers to adopt strong transparency laws in the face of fierce opposition from the oil industry. 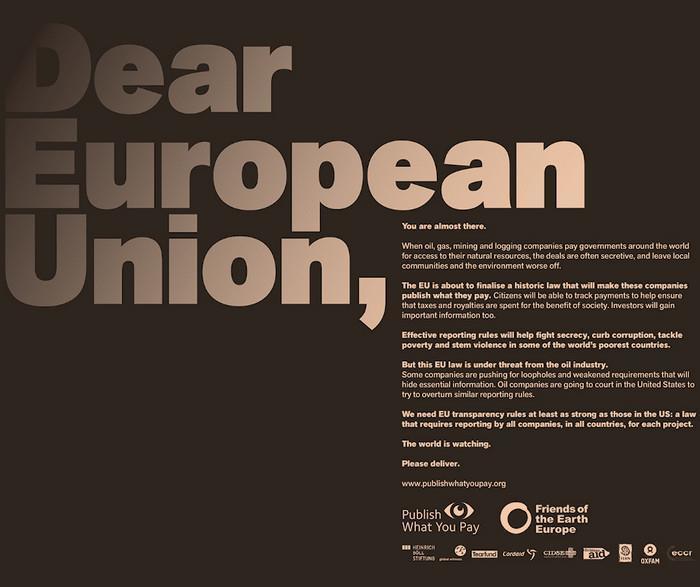