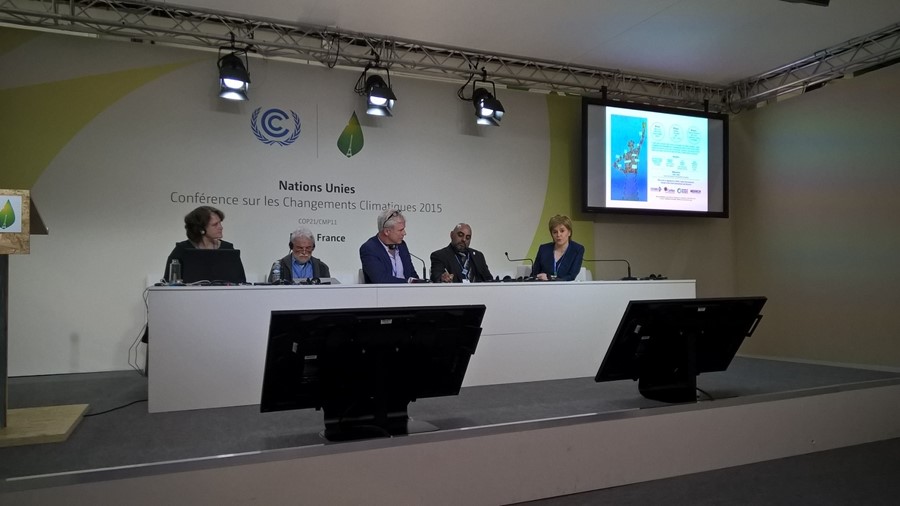 Rt. Hon Nicola Sturgeon MSP, First Minister of Scotland spoke at the event and said: “(…) the people who have done least to cause climate change, and are least equipped to cope with its consequences, are the people who are being hit hardest. The scale of the injustice is massive.”
Julianne Hickey from Caritas New Zealand said: “The Paris agreement is a matter of life and death for the peoples of Oceania”.

Asad Rehman, spokesperson for Friends of the Earth International said: “Climate change is fundamentally an issue of justice. The poor can’t pick up the tab for the pollution of the rich. Nations who have become rich through fossil fuels are failing to do their fair share in either emissions reductions or finance. To become a just deal poorer countries must be supported in their transformation to renewable energy and must be guaranteed both protection against and reparations for the impacts of a changing climate. Every citizen has the right to clean energy, right to food, the right to life. A deal that fails that test and fails the science is not a deal worth having”.

The relation between human rights and climate change is also explored in the paper “Paris, for the People and the Planet” which sets out CIDSE’s vision for COP 21 and beyond. It calls on governments to integrate political decisions within a moral dimension, putting at the centre the poorest communities who are suffering the most from climate change impacts and presents key asks to the international community on issues related to climate.
See also The People’s test on Climate, an initiative that sees COP 21 in Paris is an opportunity to start connecting people’s demands for justice, equality, food, jobs, and rights, and strengthen the movement in a way that will force governments to listen and act in the interests of their people and not in the vested interests of elites.