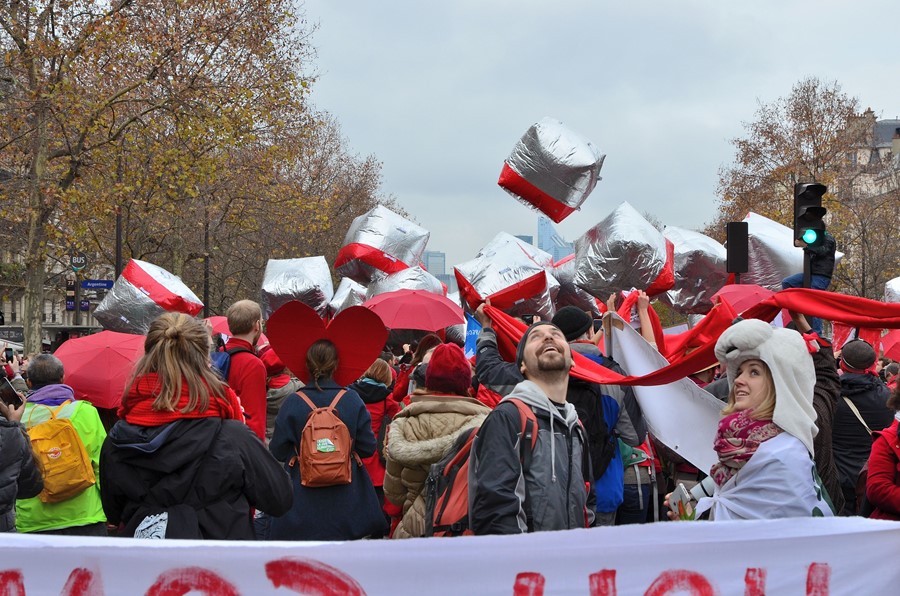 On April 22 – Earth Day – representatives from more than 175 governments meet in New York for the official signature of the UN Paris Agreement, agreed upon in December 2015. On this occasion, we launch the final episode of our Stories for Climate Justice series, with inspiring voices from people at the frontlines of climate change.

On April 22 – Earth Day – representatives from more than 150 governments meet in New York for the official signature of the UN Paris Agreement, agreed upon in December 2015. Although this signals an unprecedented political will from governments to move forward in the fight against climate change, the signature alone will not keep the planet at bay from the disastrous consequences of warmer temperatures. Many countries around the world are experiencing its effects on a daily basis and recent reports have shown a jaw-dropping rise in temperatures since the beginning of this year. To turn the tide around, it is important to remind governments of the urgency to raise their commitments and move decisively towards concrete actions.

In Paris, we asked representatives of communities at the frontlines what climate justice meant to them. In this video, while we reflect on the momentum that the growing climate movement gained, we listen to these inspiring voices who remind us – and our leaders – that collective action is a must and that the respect for human rights and nature are inalienable principles. It is now time to work together for a just transition, the ecological conversion Pope Francis refers to in his encyclical, towards a system where the people and the planet come first.