Creating a Climate of Change in Canada – CIDSE
Skip to content 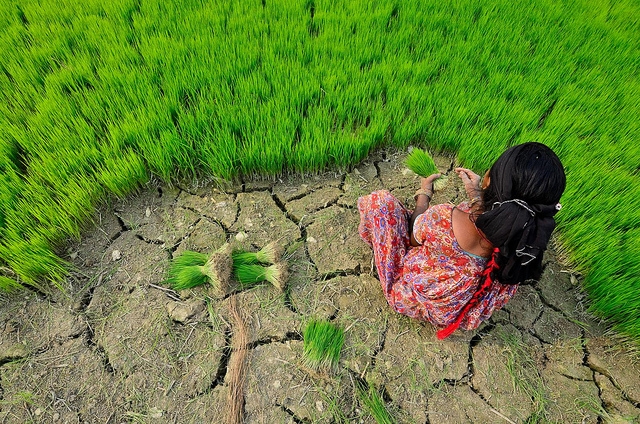 Climate change is dramatically altering the planet as we know it. The poorest people contribute the least to climate change, yet are hit hardest by its impacts. Canadians have one of the highest carbon footprints in the world, so we have a responsibility to change course. It is time for us to address the root causes of climate change and help people adapt to its impacts.

Canada in the hot seat

Climate change is dramatically altering the planet as we know it. The poorest people contribute the least to climate change, yet are hit hardest by its impacts. Canadians have one of the highest carbon footprints in the world, so we have a responsibility to change course. It is time for us to address the root causes of climate change and help people adapt to its impacts.

By continuing to extract, burn and transport fossil fuels which took millions of years to create, Canada is contributing to the warming of the planet. We use oil, coal and natural gas, unaware of the global consequences, to run cars, heat homes, conduct business and power our factories.

Canada’s economic dependence on fossil fuels is the main reason our government has refused to significantly limit our greenhouse gas emissions. Canada is the only country in the world to have withdrawn from the Kyoto Protocol. We have become isolated on the world stage because we have not been doing our part. Recently, the European Union, Mexico, the United States and China have announced ambitious greenhouse gas reduction targets, while Canada lags behind.

Development and Peace believes that by working together, we can tackle the injustice of climate change. We can make the transition to a more sustainable and equitable world. We can speak up, we can consume less, we can consume in more sustainable ways, and we can support the work of Development and Peace to empower people to adapt to climate change.

But where do we start?

In the fall of 2015, as we looked ahead to the UN climate conference in Paris, Development and Peace launched a campaign asking both individual Canadians and the national government to make a commitment to reduce our carbon footprint. As Canadian climate activist Naomi Klein tells us, “to change everything, we need everyone.” This campaign, which is being led as part of the CIDSE Joint Action for a paradigm shift, focuses on what Canadian citizens and governments need to do to work towards climate justice.
To inspire Canadians to make a radical shift in their consumption or unrenewable energy, we need to talk about what this really means. The campaign used dialogue to convince Canadians of how important this issue is.

The 2015 fall campaign – Create a Climate of Change – was officially launched on September 1st on the World Day of Prayer for the Care of Creation declared by Pope Francis. From Canadian Catholics sitting in the pews in their parishes across the country who are worried about their jobs in the oil industry, to Catholic schoolchildren who are challenging their parents to take action on climate, Canadians are talking about how we can make this change. This transition to a green society will require radical change in our lifestyles, and leadership from many different parts of society.

For the Canadian government, this radical change means supporting industries that are renewable, and not approving new petroleum pipelines. For Canadian business, this radical change means building a greener, more sustainable economy based on renewables. For the food sector, it means producing food locally. For Catholic leaders who we collaborate with, this means showing leadership, encouraging dialogue among Canadians, and standing in solidarity with people suffering as a result of climate change in the Global South. For civil society, this means coming together to create and support cooperatives, local food movements, and encouraging each other to live more simply.
Pope Francis is challenging us to protect our common home, and our partners in the Global South are testifying to us that the survival of humanity is up to us.

Drawn from an in-depth report we published called Feeling the Heat: How Climate Change is Driving Extreme Weather and Recommendations for Action in Canada, the campaign material reveals the impact of climate change on communities where we have projects in the Philippines, Honduras, and Ethiopia.
Due to popular demand, the Create a Climate of Change action card has been re-printed multiple times in response to the demand. 380,000 actions cards have been ordered by members across Canada.

Download the report Feeling the Heat to learn more about the devastating impacts of climate change on the Global South.