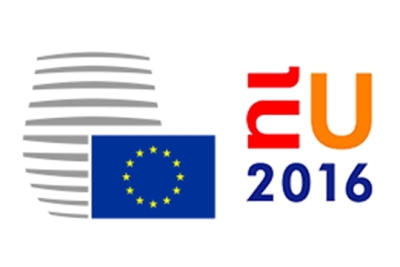 Joint ECCJ, Amnesty International, CIDSE, FIDH and Friends of the Earth Europe letter to the EU Member States representatives on the Council of the EU Working Party on Human Rights (COHOM), 20 April 2016.
(See pdf version – link below – for full letter with Appendix: Civil Society Recommendations – Addressing the lack of access to remedy for victims of corporate human rights abuses)

Dear Members of the Council of the EU Working Party on Human Rights,

The Dutch EU Presidency has invited the Foreign Affairs Council to come forward with Conclusions on business and human rights, in particular on access to justice for human rights abuses related to business operations. There are still significant gaps – at EU and Member State level – in the protection of human rights from business-related abuses and we call on the Council of the EU to strongly commit in its Conclusions to tackling these gaps effectively. In particular, we call on the Council to consider the recommendations in the attached appendix.

Following the adoption of the UN Guiding Principles on Business and Human Rights (UNGPs) in 2011, the EU and its Member States have repeatedly expressed their commitment to implementing these principles, which include the state duties to protect human rights from corporate abuse and to ensure accountability and effective remedy when abuses occur. However, with the exception of a few states,1 Member States have so far failed to take legislative or other meaningful action to ensure effective prevention of, and accountability and remedy for, corporate human rights abuses.

The EU and many Member States are yet to develop their strategy and action plans for UNGPs immediate implementation and to undertake the necessary legal and policy reforms to this end. More worryingly, while a small number of countries have produced National Action Plans for UNGPs implementation, these plans do not sufficiently contemplate and commit to taking the necessary legislative steps to adequately address the most significant human rights protection gaps.

As a result, a legislative framework to ensure corporate respect for human rights is still lacking and important obstacles to effective accountability and remedy for corporate human rights abuses still remain at both European and national level.

Over the last few years a number of legal initiatives at European and national levels have paved the way towards greater regulation of the corporate responsibility to respect human rights in their business operations and global value chains. They are promising steps but much more is needed. Legislation should be adopted at both EU and Member State levels to require and monitor that business enterprises respect human rights throughout their global operations and carry out robust human rights due diligence processes to discharge this obligation. At the same time, a thorough review of existing obstacles to remedy leading to the adoption of concrete measures to remove or alleviate these obstacles must be pursued, in consultation with civil society. EU governments also need to engage positively and constructively in normative efforts at global level, such as the process towards a UN binding instrument on business and human rights.

The Annex provides detailed recommendations on the most pressing challenges to effectively protect human rights in the context of business activity. They include legal measures to ensure corporate respect for human rights, including embedding human rights due diligence into law, to identify and remove obstacles to remedy and to develop effective national and European action plans to ensure policy coherence and clear roadmaps for effective UNGPs implementation.

They also refer to the need for the EU and its Member States to bring a strong, constructive voice to the current discussions within the UN on the scope and nature of a binding instrument on business and human rights.

We welcome and support the efforts to ensure discussions on these important topics are taking place within the Council of the European Union and at a high level EU conference on business and human rights organised jointly with civil society on 11th May in Amsterdam.

We hope and trust that you will take our recommendations into consideration and we look forward to continuing our discussions.

1 For example, the UK’s Modern Slavery Act 2015 and the legislative proposal to impose a “duty of vigilance” on certain French companies in France.

With 21 member groups, representing over 250 organisations from 15 countries, the European Coalition for Corporate Justice (ECCJ) is the only European coalition bringing together European campaigns and national platforms of NGOs, trade unions, consumer organisations and academics to promote corporate accountability.

CIDSE is an international family of Catholic social justice organisations, working together to promote justice, harness the power of global solidarity and create transformational change to end poverty, inequalities and threats to the environment both global and local.

Amnesty International’s European Institutions Office (EIO) seeks to ensure that the EU integrates human rights into its internal and external policies and that its Member States take tangible action to promote and protect human rights nationally and regionally.

FIDH is an international human rights NGO federating 178 organizations from 120 countries. Since 1922, FIDH has been defending all civil, political, economic, social and cultural rights as set out in the Universal Declaration of Human Rights.