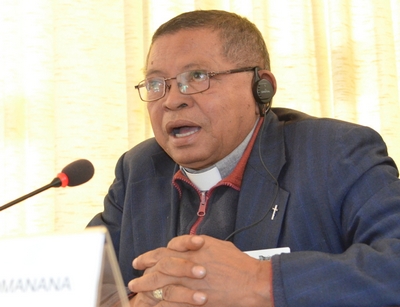 As members of the Treaty Alliance, CIDSE, Friends of the Earth Europe, SOMO and Bread for the World, are co-organising a legal seminar (Brussels, May 30-31, 2016)

As members of the Treaty Alliance, CIDSE, Friends of the Earth Europe, SOMO and Bread for the World, are co-organising a legal seminar intended to discuss options for enforcement mechanisms for the binding Treaty linked to access to justice and to inform ongoing discussions in the EU context. This seminar is a significant opportunity to contribute to the reflection on some of the key issues in view of the October inter-governmental working group on transnational corporations and other business enterprises with respect to human rights (IGWG) session such as the Treaty’s contribution to ensuring the primacy of human rights over corporations’ rights in the context of current discussions on trade and investment agreements. The seminar will take place on May 30th and May 31st in Brussels. On June 1st, there will be an action meeting by European NGOs to plan activities on the UN Treaty.

In the same light, earlier this year, CIDSE’s Belgian member and partner, Entraide et Fraternité and the Commission Justice et Paix, have joined efforts in common advocacy in favor of the Treaty before the Belgian authorities. These efforts also seek to promote the adoption of National Action Plans and concrete measures to help fill in legal gaps existing at national level (See their common pleas). On February 16, as a member of the project Taratra in Madagascar, Bishop Philippe Ranaivomanana, spoke at the Foreign Affairs Committee of the House of Representatives of Belgium in regard to human rights and environment violations by transnational companies. Mgr. Ranaivomanana opened the debate on land grabbing, environmental risk and internally displaced people in Madagascar and called Belgian MPs to defend human rights through active participation in the negotiation of a binding treaty on business and human rights (see article on his visit).