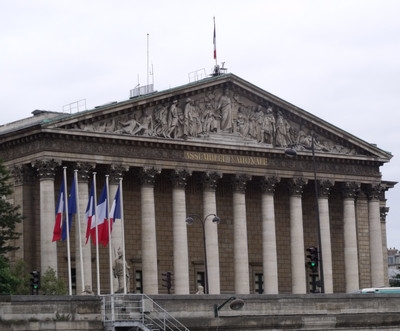 The French Parliament has adopted a much-awaited law establishing a duty of vigilance obligation for parent and subcontracting companies. The law marks a historic step towards improving corporate respect for human rights and the environment. CIDSE and its member organisations call on European countries, EU institutions, and the international community to develop similar legislation.

The law, which only applies to the largest French companies, will make the latter assess and address the adverse impacts of their activities on people and the planet, by having them publish annual public vigilance plans. This includes impacts linked to their own activities, those of companies under their control, and those of suppliers and subcontractors, with whom they have an established commercial relationship.

When companies default on these obligations, the law empowers victims and other concerned parties to bring the issue before a judge. Judges can apply fines of up to € 10 million when companies fail to publish plans. Fines can go up to € 30 million if this failure resulted in damages that would otherwise have been preventable.

Despite being a major achievement, French civil society organisations argue the law’s text could have been more ambitious. The law’s scope is limited, only covering around 100 large companies. The burden of proof still falls on the victims – who often lack the means to seek justice – further accentuating the imbalance of power between large companies and victims of abuse. Furthermore, if damages are incurred despite a parent company having implemented an adequate vigilance plan, the company will not be liable: a company is not required to guarantee results, but only to prove that it has done everything in its power to avoid damages.

France has taken a first step, but it should be followed by similar binding legislation at national, European and the international level, to make globalisation work for all. CIDSE joins the Forum Citoyen pour la RSE, in which CIDSE member CCFD-Terre Solidaire is an active participant, in asking the French Government to continue on this path and to promote the duty of vigilance law at the European and international levels, and show support for other initiatives aiming to improve corporate accountability, like the UN Treaty on Business and Human Rights.

Although France is the first country to adopt binding legislation of this sort, the development is part of a larger movement across Europe. Similar legislation is currently being considered in Switzerland, the Netherlands and the United Kingdom.

Numerous calls have been made by the EU Council, the Council of Europe, the European Parliament and the G7 highlighting the need to improve corporate responsibility and access to justice for victims, especially in regards to human rights and environmental abuses taking place in supply and subcontracting chains.

CIDSE and its member organisations are closely following the negotiations of the international legally binding instrument on transnational corporations and other business enterprises with respect to human rights (UN Treaty on Business and Human Rights) to ensure that its mechanisms protect the most vulnerable against corporate abuses and allow for access to justice. CIDSE hopes that this historic step forward will contribute towards the adoption of a strong treaty.