International Women’s Day: CIDSE and its members stand in solidarity with women around the world – CIDSE
Skip to content 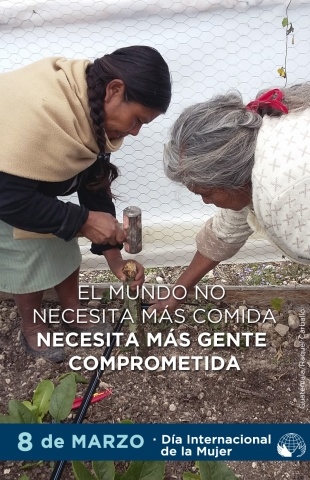 International Women’s Day is a moment to acknowledge and show support for the daily struggles faced by women to gain equality and have their vital contributions to society fully recognized.

CIDSE and its member organisations invest in programs that empower women to be decision makers and actors of change in their communities. Their tireless efforts often go unnoticed or are non-remunerated, even if it is these same efforts that feed communities, defend land, water and other natural resources, build peace and care for families. In fact, this year, many women around the world are participating in a symbolic all-day strike to mark their indispensable contributions to society and to call on greater respect and protection of women’s rights.

Over the last year, CIDSE has been highlighting the remarkable work of women who are striving for gender equality at all levels with its Gender Equality blog. Topics covered include the dignity of sex workers in Cambodia, the struggle for women’s rights in Palestine and our latest entry on a grassroots movement of fisherfolk women in India opposing a nuclear power project.

We invite you to read some of these blogs today to be inspired by these women. You can find the full list here
.
We would also like to highlight initiatives by some of our members that support women in their struggles for greater equality.

Development and Peace
This year, Development and Peace’s Lenten campaign “Women at the Heart of the Action” showcases how women must be leading actors in the development of their own communities. In its video, Women at the Heart of the Action: Paraguay, it tells the story of how women peasants who are part of the association AMUCAP are farming organically and helping to organize farmers’ markets to bring consumers and farmers closer together.

Development and Peace also released a paper today on the role of women in development, touching on areas such as the impacts of extractives on women, women and agriculture and women in peacebuilding.

Katholische Frauenbewegung Österreichs (Catholic Women’s Movement)
This member of KOO in Austria is dedicated solely to supporting women and gender projects. They work on many different areas, including food sovereignty. In this video, available in German and Spanish, they tell the story of  the Fundación Entre Mujeres in Nicaragua, which is reviving traditional Creole seeds and supporting women peasants in defending their right to land.

Another video on the same partner is available here.

They also have videos on other subjects, including gender justice in budgeting featuring partner organisation Freedom from Debt Coalition and violence against women in Nepal and in El Salvador.

Manos Unidas
Manos Unidas is tying their International Women’s Day action to the theme of their Lenten campaign, which is focused on hunger in the world. They have released a press release that stresses the important need for gender equality in agriculture, noting that even though women form half the agricultural labour force in Asia and Latin America, their work is often unpaind and only 20% of women actually own land. They put forward the situation of women peasants in Guatemala and Peru, who face discrimination and exploitation. Manos Unidas is working with partners in both countries to support peasant women to overcome these injustices. Here is a video with testimonies from women in Peru on the challenges they face.

Misereor
Our German member Misereor has been drawing attention to the immeasurable suffering of women in India, who are still victims of forced prostitution and human trafficking. Many Indian women suffer daily from massive human rights violations, and experts estimate that 200,000 women are victims of human trafficking every year. Children from poor backgrounds and indebted families are also affected, and many end up in situations of forced labor and forced prostitution. A total of more than 2.3 million women and girls work in the sex industry.

Misereor works with the organisation Prajwala, which focuses on prevention and information, particularly in the countryside where human traffickers tend to find their victims. In cooperation with the police, Prajwala has already freed hundreds of forced prostitutes and helped reintegrate them into their families. The courageous staff of Prajwala continue their work, despite personal threats and the vandalization of their offices. Misereor’s India expert Brigitte Mandelartz explains some of the root causes of this treatment of women in India:

“Women, who have always experienced humiliation, pass on the discrimination to their own daughters. For generations, girls feel inferior, experiencing the supremacy of their brothers, who are allowed to go to school while they remain in the household. It is difficult to break this thinking about one’s own inferiority.”

Read the full interview on how Prajwala is changing this mentality here. 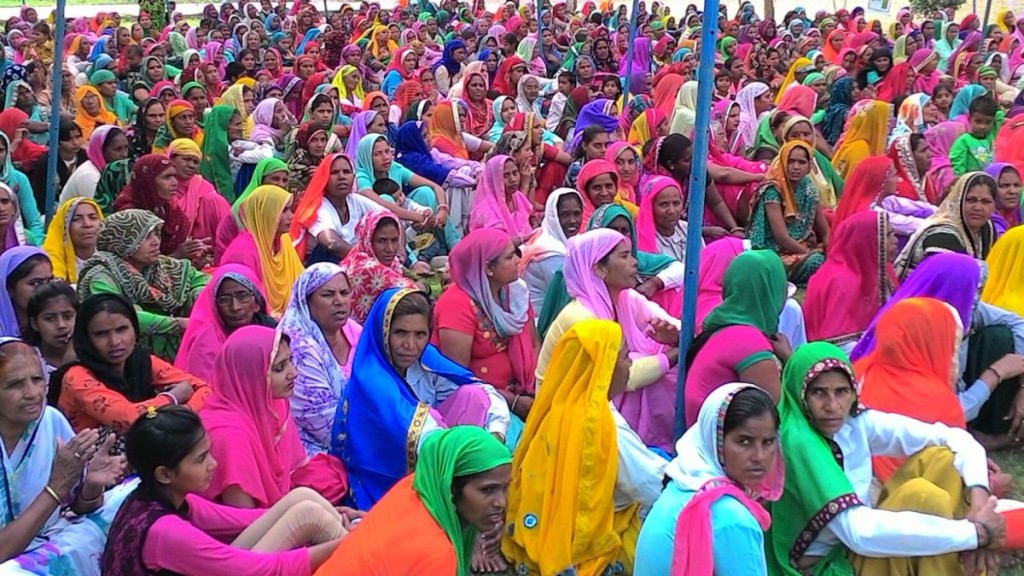