Talk is not enough! Canadians take action across the country for mining justice – CIDSE
Skip to content 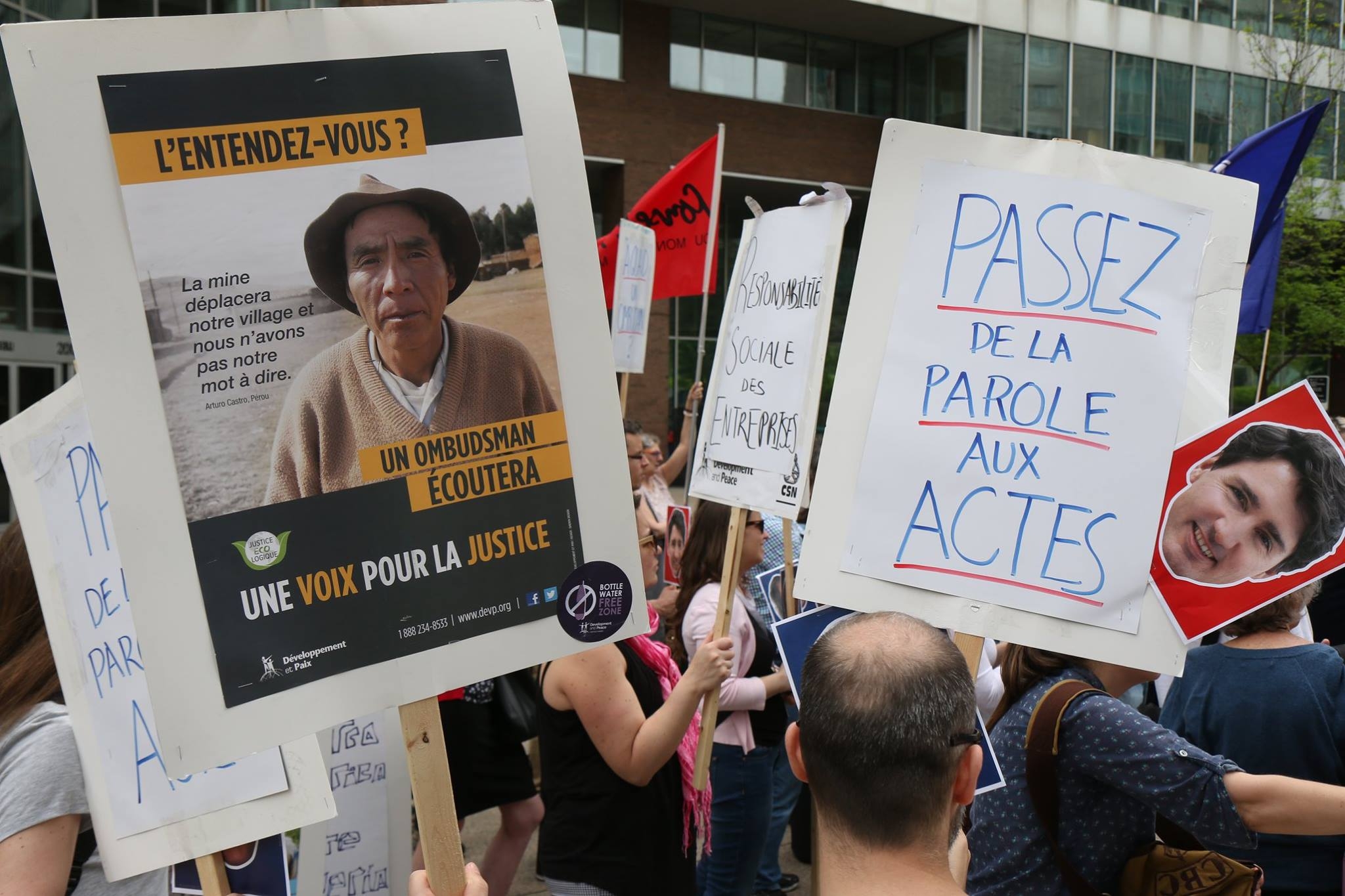 Nearly a decade has passed since Canadian industry and civil society leaders recommended that their government create an ombudsperson to handle the grievances of people affected by Canadian oil, gas and mining companies operating overseas. Development and Peace has been at the forefront of this movement for access to justice for victims of human rights and environmental violations in that time.

In 2013, as part of its Voice for Justice campaign, more than 80,000 Canadians sent action cards to the Prime Minister calling for an ombudsperson that would allow communities negatively affected by the activities of Canadian mining companies to seek justice. This campaign was led in partnership with the Canadian Network for Corporate Accountability (CNCA), a broad coalition of organizations committed to mining justice. The CNCA has been working tirelessly for the last decade on ensuring that Canadian mining, oil and gas companies respect human rights and the environment when working abroad. Hundreds of civil society organizations from Canada and abroad have added their voices to the call for an ombudsperson.

In 2015 during the federal election campaign, the Liberal Party led by Justin Trudeau committed to creating a human rights ombudsperson for the extractive sector. However, since they were elected, the Liberal government has still not fulfilled this promise, and patience is wearing thin.

As part of the M 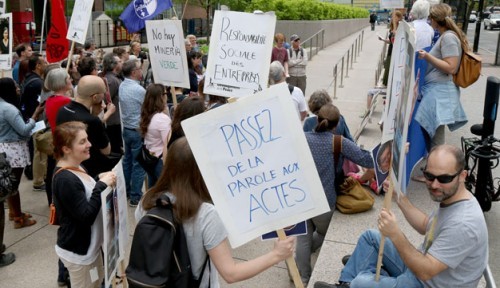 onth for Mining Justice in May, Canadians mobilized across the country by meeting with their MPs, attending demonstrations, and sending messages to Prime Minister Justin Trudeau, and International Trade Minister François-Philippe Champagne, that action is urgently needed, and that they must fulfill their campaign promises. Public actions were held in Montreal, Ottawa, Toronto, and Vancouver, where a broad network of civil society organizations and citizens expressed their concern for Canada’s inaction on access to justice.

Development and Peace members also called for a response to a letter to Prime Minister Trudeau that was written over a year ago that was signed by over 200 Latin American organizations. The letter urged the Canadian government to make sweeping changes to laws and policies so that Canadian extractive companies would be more accountable for their actions overseas.

Also in May, the United Nations Working Group on Business and Human Rights toured Canada to hear from civil society, the private sector, and from government to determine whether Canada and its businesses are fulfilling their obligations as outlined in the Guiding Principles on Business and Human Rights. The statement released after their 10-day visit stated that the working group was glad to see that Canada plans to address the gaps in protecting and remedying business-related human rights abuses. Canadians and communities in the Global South are anxiously waiting to see these words transformed into action.

• A thematic analysis: Women at the Heart of Change – The first section of this new Development and Peace publication explores the impact of mining on women and their communities, and how women are demanding that their rights and their environment be respected.

• “Talk is Not Enough”, CNCA – Why Canada needs an ombudsperson, and how this office would compare to Canada’s two existing ineffective grievance mechanisms.

• Parliamentary report card, CNCA – See which parties and MPs have demonstrated a commitment to creating an ombudsperson.