Taking shape: Elements for a UN Treaty on businesses and human rights – CIDSE
Skip to content 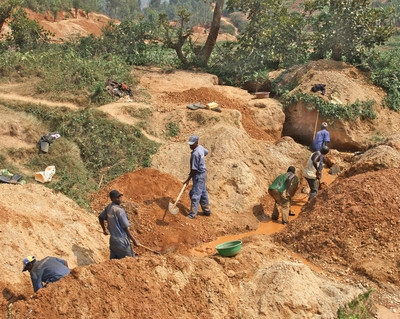 CIDSE welcomes the publication on 2 October of elements for the international legally-binding instrument on transnational corporations and other business enterprises with respect to human rights, by the Chairperson-Rapporteur of the UN intergovernmental working group (IGWG) on this matter.

In 2016, nearly four people were killed every week protecting their land from industries like mining, logging and agribusiness in countries including Colombia and the Philippines. November of this year will mark the two-year anniversary of the Samarco mining dam collapse, the worst environmental disaster in Brazil’s history affecting hundreds of thousands of people. There is a strong demand from communities on the ground for urgent international action to tackle the flagrant imbalances in power between transnational corporations and people and ensure protection of human rights.

The elements reflect the high-quality, substantive discussions of the first and second IGWG sessions, building upon an open and credible process. By highlighting obligations, prevention, liability, effective remedy, jurisdiction, international cooperation and the primacy of human rights law over trade and investment agreements, the objectives of the instrument and sections of the elements respond to pressing acknowledged gaps where national and regional-level action have not been adequate to prevent or remedy abuses in the context of transnational corporate activities.

The elements include ways to strengthen preventive mechanisms, reinforcing the due diligence approach of the UN Guiding Principles on Business & Human Rights. They reference important recent developments in national law, in particular the 2017 French legislation requiring large corporations to adopt preventive vigilance plans. This illustrates both the role and opportunity for Europe to contribute from legislative experience within the region, while realizing the potential of enhancing global standards and a level playing field.

There is growing momentum for the UN Treaty across many sections of society. From 20 States voting for the 2014 resolution establishing the Treaty process, some 80 States participated in the 2016 IGWG session. For the 3rd session beginning on 23 October, all States should come prepared to negotiate the content of the Treaty, considering carefully the potential of the elements and their effective implementation to put a stop to corporate-related human rights abuses.