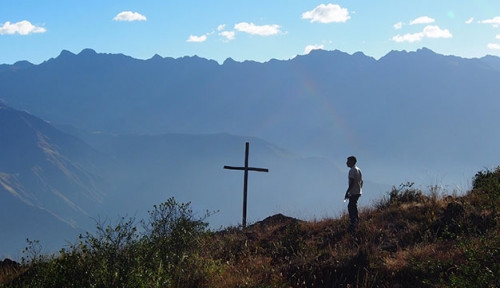 The Bishops’ conference of Latin America and the Caribbean (CELAM) has released a pastoral exhortation entitled “Missionary Disciples Custodians of the Common Home, Discernment in Light of Laudato si’,” that calls for care of creation in response to the damaging consequences of the over-exploitation of the Earth’s natural resources.

This article was originally published by CIDSE’s Canadian member Development and Peace here. It is also available in French here.

“…as pastors of our peoples, we want to express our great concern about the reality that in several Latin American countries there are thousands of high-risk environmental liabilities that, in addition to polluting water, soil and air, affect the health of people living in the surrounding areas.”

Development and Peace welcomes this pastoral letter, which recognizes the important work of land defenders and the urgent need to care for creation. Many of Development and Peace’s partners in Latin America place their lives at risk on a daily basis as they walk alongside Indigenous and peasant communities who are threatened and criminalized for protecting their land and the Earth’s gifts.

Latin America is blessed with an abundance of natural resources, yet, this has also made the continent a theatre of exploitation, often by foreign investors. The Church in Latin America has witnessed the impacts of this search for profits on communities: human rights violations, conflict, displacement, pollution and even at times death.

For example, in November 2015 a dam containing mining waste broke in the municipality of Mariana, Brazil. Millions of cubic meters of iron ore waste formed a wave of mud that destroyed homes, schools and churches, killing 19 people and contaminating local water sources. This multimedia dossier provides an account of the disaster and how those afflicted are fighting for justice. 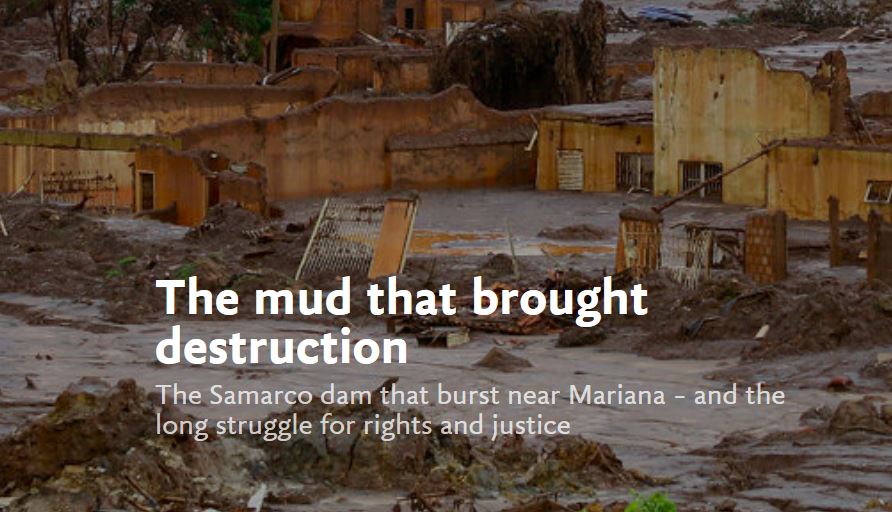 The Bishops express particular concern for the Amazon and its Indigenous peoples. The unique biodiversity of this ecosystem contributes significantly to purifying the very air we breath, yet it is being destroyed at a rapid rate that directly threatens the lives of at least 30 million people.

“We would like to draw special attention to the fact that the Amazon has been affected by oil spills that have polluted river and underground water at alarming levels, with serious consequences for the health of the nearby population and the flora and fauna in the region. In the case of mining, water is often the cause of persistent disputes and conflicts because of the high amount required for mining activities while at the same time the adjacent population suffers severe water shortages.”

This attention to the destruction of the Amazon and recognition of its Indigenous communities as defenders of our common home harks to the Synod on the Amazon that will take place at the Vatican in October 2019. The Synod places the need to moves towards an integral ecology to save the Amazon, and by extension the planet itself, at the heart of the Church’s universal mission.

“With the Synod of the Amazon planned for 2019, a horizon of theological renewal and pastoral creativity is opening up, inviting an ecological conversion, a spirituality of communion and a commitment to Good Living (Buen Vivir), in harmony with the cycles of nature, with water as a fundamental right and intrinsic value for each and every creature.”

The letter emphasizes that land, water and climate are common goods and denounces the privatization of the Earth’s riches. It questions the actual benefits of extractivism, as it feeds into a consumerism that is destroying the planet and is at the expense of the poorest countries, which contribute the least to climate change yet are suffering its worst impacts.

From the perspective of our preferential option for the poor, we insist that States and businesses must do everything in their power to effectively protect the climate and, together with many other civil society actors, we join those efforts.

Although the bishops place special responsibility on States and corporations in mitigating the impacts of climate change and making a just transition to economies that are not dependent on fossil fuels, it also calls for individuals themselves to undergo an ecological conversion where we reconnect to the life that Mother Earth provides.

“We forget that we ourselves are earth (see Gen 2:7 and LS 2). Our very bodies are made up of her elements, we breathe her air and we receive life and refreshment from her waters.”

As Christians, the bishops remind us, we have a mission to care for the Earth. We must be leaders in our own communities in rejecting the “throwaway culture” that places profit and materialism before the dignity of others, even that of Mother Earth. Furthermore, we must stand by side by side with those who defend the land and water, because their actions are for the benefit of all, most importantly for future generations who will walk the Earth after us.

“It is also necessary to take care of the caretakers of the common home, because they are often threatened, mistreated, repressed and imprisoned for announcing the Good News of the Kingdom and denouncing the “gods of power and money”. There are already many martyrs who have given their lives in Latin America in the struggle for the defense of Life. Their blood is the seed of freedom and hope.”