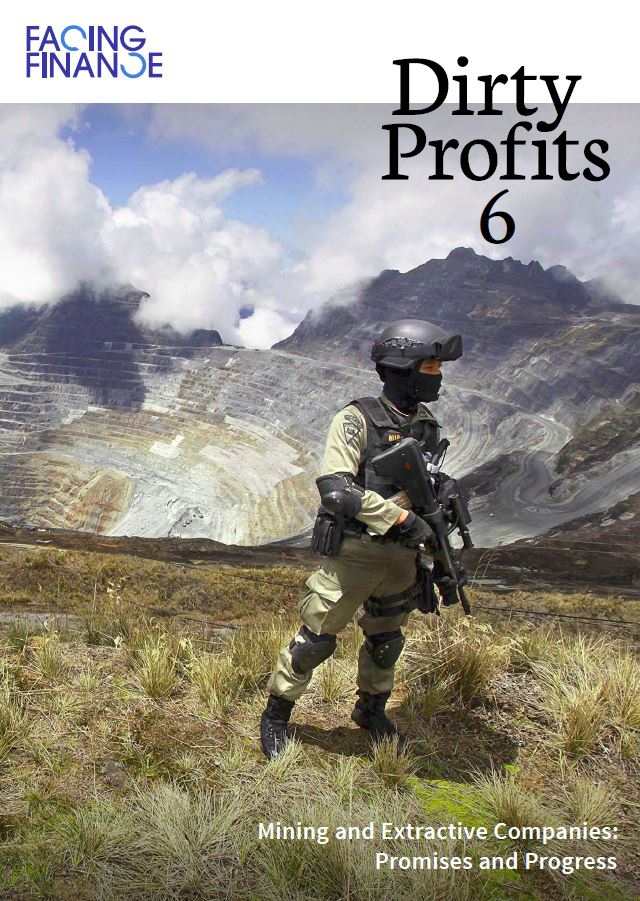 Dirty Profits 6 report released by Facing Finance highlights the investments of ten European banks in  transnational extractive companies such as Glencore, Vale, Rio Tinto and others,  which continuously violate human rights and the environment.

Violations cover contamination of land, water and air; silencing community activists using violence, threats and intimidation; labour violations and forced labour; and failure to provide the remedy communities deserve.  The “Dirty Profits 6” report shows that the ten selected European banks alone provided capital of over €100 billion to these 10 extractive companies between 2010 and 2017. Most banks, particularly those that made the most capital available, are not taking strong enough action to ensure that mining and extractive companies respect human rights and environmental concerns. The authors of the report expect banks to take responsibility for human rights and environmental concerns in their decision making, e.g. by improving transparency and making public all relevant information related to engagement and by taking a proactive approach to identifying non-compliant companies.