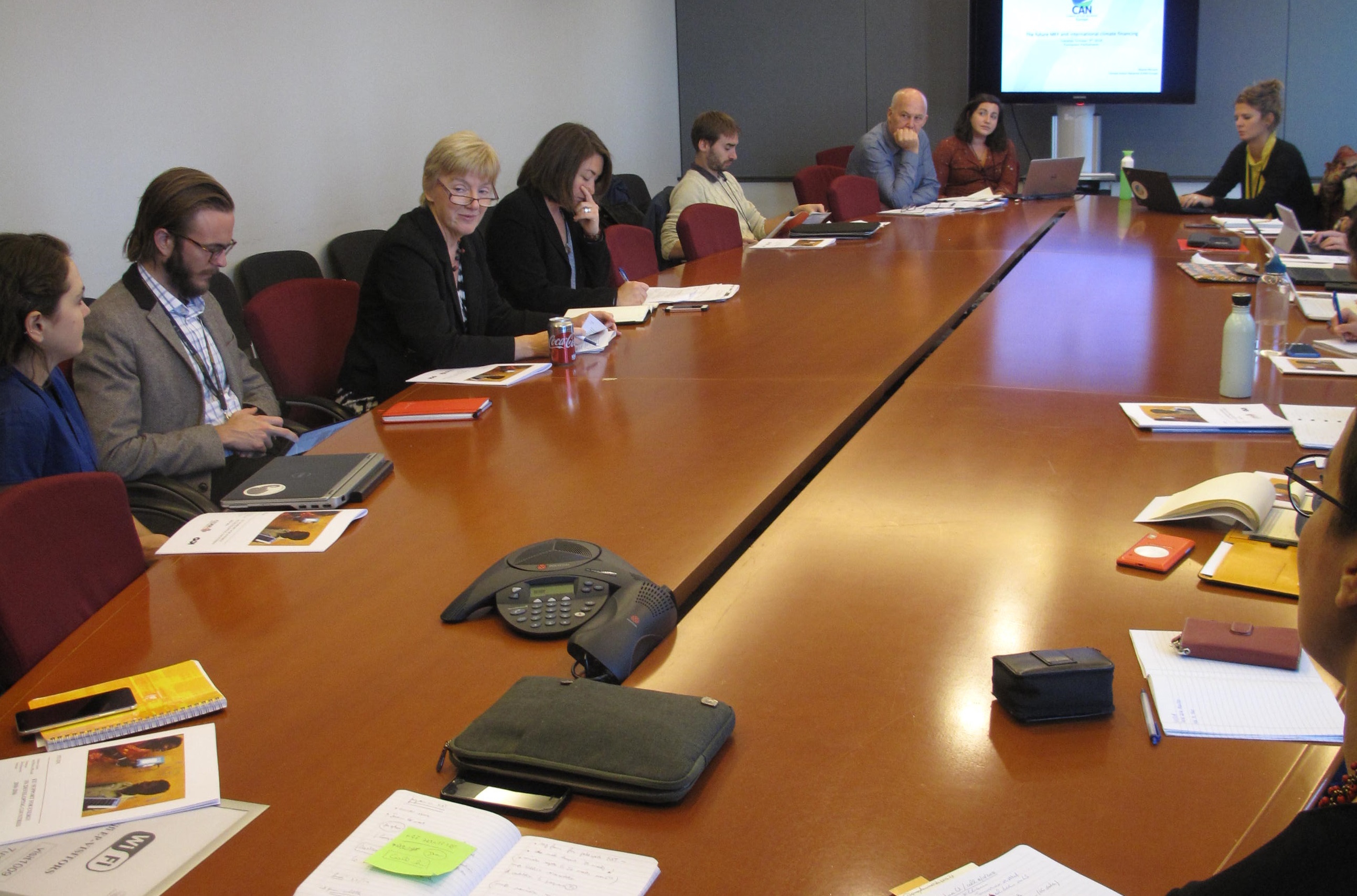 Last Tuesday, 9th October, we organised a round table event at the European Parliament in Brussels together with Climate Action Network Europe (CAN-E), ACT ALLIANCE EU, in collaboration with the Overseas Development Institute (ODI) on the current and potential future picture of EU climate finance. The event was supported by the Group of the Progressive Alliance of Socialists and Democrats in the European Parliament (S&D) and hosted by MEP Patrizia Toia.

The debate kicked-off with an input from MEP Linda McAvan, Chair of the Development Committee of the European Parliament. She reminded of the latest messages published in the landmark report on 1.5°C of global warming by the Intergovernmental Panel on Climate Change (IPCC): every bit of warming matters, as climate change impacts on human well-being, ecosystems and sustainable development will dramatically increase if emissions are not rapidly curbed. The IPCC’s report sends a wake-up call to governments, advising we reach net-zero emissions by 2050 but also that adaptation measures must be strengthened. And here comes the finance dilemma: are governments, in particular industralised ones who have historical responsibilities for past emissions like the EU really putting the money where needed?

The EU is currently negotiating its post-2020 Multiannual Financial Framework (MFF), a very important instrument that will determine next year’s priorities for the EU. In the current proposal, there is a 25% target for climate action for the whole budget: an increase of 5% from the 2014-2020, but still far from meeting the Paris objectives and the Sustainable Development Goals. With the new Neighborhood, Development and International Cooperation Instrument (NDICI), the combined approach of integrating the Paris Agreement targets and other international development commitments can bring multiple advantages, however it should not lead to imbalances. Climate finance has long been debated and it will be a major element of negotiations at the upcoming UNFCCC COP24 in Katowice in December. The reporting methodology of climate finance has been revealing its inconsistency and it is not harmonized among donors, putting the quality at the expenses of the quantity. Despite the EU being the largest donor of climate finance, it’s been proven that between the years 2014-2016, an annual average of €4bn went into fossil fuel subsidies [1]. This can no longer continue, as the IPCC confirms that to stay within the 1.5°C temperature limit the actions needed must be accelerated [2].

The study we recently commissioned from ODI on the current levels of EU finance to energy access and renewable energy projects gives an interesting picture of the EU’s engagement in achieving the SDG 7 of the Agenda 2030. The study, which can be downloaded below shows that there are significant disbursements to support the energy sector in developing countries, averaging $1.3 billion a year over the period 2010 to 2016. However, the percentages disclose an upsetting reality: 23% of the total has been given to Turkey – almost two and a half times more than what was received by the second highest recipient, and more than a third (35%) has been disbursed to European countries. It’s clear that the rationale for such disbursement is not based on lack of access to modern energy services in these countries but that the rationale lies in economic and political interests. Instead, the regions with the largest share of the global population without access to electricity received much less: Africa received 41% though the countries in North Africa received as much as the whole of Sub-Saharan Africa. Countries in North, Central and South America accounted for 8% and Asian countries accounted for 11% of the total support.
Supporting energy access with decentralized and renewable energy systems does not only have environmental benefits but addresses inequalities and contributes to the eradication of poverty. Access to energy transforms people’s lives as the social impacts are significant, while phasing out coal and other fossil fuels as sources of carbon emissions. Being the biggest donor of climate finance should not be a mere numbers game; it should reflect the type and quality of projects financed, thus living up to political commitments.