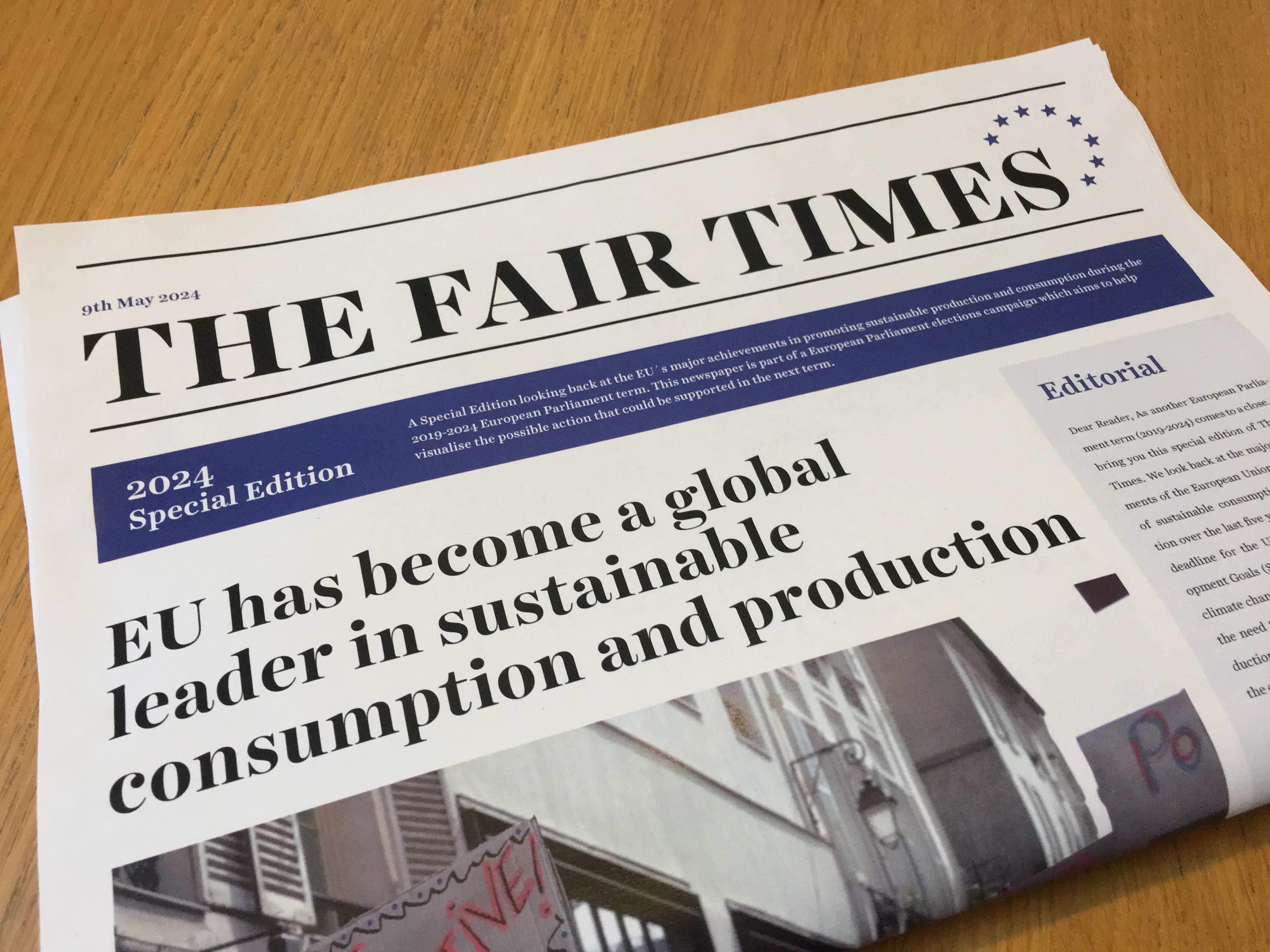 Five European and International civil society networks have joined forces calling for a fair and sustainable European consumption and production agenda with a campaign ahead of the European Parliament elections.

Five European and International civil society networks have joined forces calling for a fair and sustainable European consumption and production agenda with their ‘The Fair Times’ campaign ahead of the European Parliament elections.

Sergi Corbalán, Executive Director of the Fair Trade Advocacy Office (FTAO) said: “We wanted to initiate a campaign that brought a community of like-minded networks together to call with a unified voice for a transformative EU sustainable consumption and production agenda which serves both people and planet.”

Together with the FTAO, which leads the global Fair Trade movement’s advocacy at EU level, IFOAM EU (European umbrella organisation for organic food and farming), CIDSE (International family of Catholic social justice organisations), RIPESS-Europe (RIPESS Europe is the European network for the Promotion of Social Solidarity Economy) and ECOLISE (European network for community-led initiatives on sustainability and climate change) are representing their respective movements through a campaign that is a little different from the usual.

The coalition has drafted an issue of ‘The Fair Times’; a fictitious newspaper drafted in 2024, the end of the next term of the European Parliament. The newspaper is full of examples of what could be achieved if transformative policies are adopted and implemented by the EU. This campaign tool hopes to inspire candidates to commit to taking action if they are elected. It reports on a range of topics; from organic farming to ethical financing, community-led initiatives to sustainable public procurement. It talks of tackling imbalances of power in supply chains, promoting social solidarity enterprises and the need for urgent action against resource depletion, the decline in biodiversity and more.

Corbalán added on behalf of the campaign partners: “The European Parliament elections are a decisive moment in which citizens and civil society can make their voices heard by voting and putting forward important issues, such as sustainable consumption and production. Through promoting good practices that are ongoing in communities across Europe and calling for an enabling policy environment at EU level, we hope this campaign will motivate candidates to understand the impact of our current production and consumption patterns and how if elected, they could make a huge difference in the EU decision-making process.”

For more information, contact Ffion Storer Jones, Communications Assistant at the FTAO at brussels@fairtrade-advocacy.org or +32 (0) 2 543 19 23.